Drew Gooden talks about what it's like playing with LeBron James 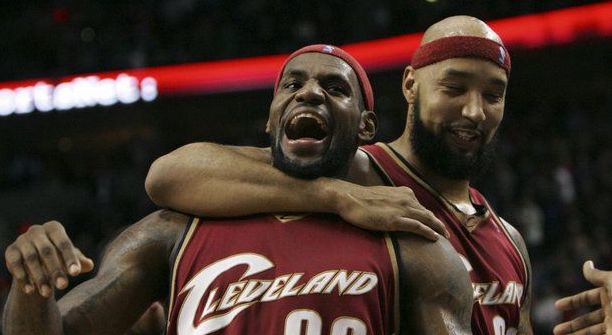 LeBron James is having another incredible season. The four-time MVP is averaging 26 points, eight rebounds, and eight assists whilst shooting a sizzling 54% from the field. It is something everyone have been accustomed to from James, who has put together superb seasons for what seems like an eternity within the association.

James’ second round go with the Cavaliers has already yielded the first championship in franchise history, and the Cavs are hot favorites to come out of the East once more to defend their crown yet again.

James continues to be a dominant force with the Cavs since returning, but the kid from Akron was also a beast in his first stint with the Wine and Gold. He shares a locker room with superstars Kyrie Irving and Kevin Love nowadays, but recently on NBA TV, an old teammate of James discussed their time together in James’ early days in the NBA, and spoke about the greatness he saw even at a young age.

That player was Drew Gooden, who formed a nice partnership with the Cavs superstar in their three years together. Gooden was a part of the 2007 Cavaliers team that went to the NBA finals against all odds, and the recently retired big man spoke about witnessing the development of a legend first hand.

“The maturity at such a young age was a shock to me, you know I’m only a year older than LeBron but I did three years of college and he came right out of high school. Just noticing as an 18-year-old, 19-year-old kid coming into the league with a $100 million dollar shoe deal and you know all these outside upper bubble gum deals, I mean he has a lot of money a lot of weight a lot of expectation, some big shoes to fill to live up to all those expectations, and what was interesting was he surpassed those expectations and I was there to actually witness the hard work and to see the maturity grow each season while I was there. And even when I left just being on the opposing team and being on opposite teams, just seeing the growth in him and making the teams better and the players better around him, I think that was…I’m still in awe of what he’s accomplished.”

Fellow Gametime colleague and Los Angeles champion Rick Fox also joined the conversation and admiration for James, and recalled James’ rookie season as he was in his last campaign.

“At 18 to be that mature, I remember seeing him in the hallways when we played the Cavs, my last year he was a rookie and it was very evident he was the next generation of excellence, whether it be physical, whether it be in confidence whether its skills they come along, you know Shaq, Jordan, you see them every eight, seven years someone comes along and it’s just like ‘ok’, this is what everyone is going to be chasing over the next 10, 15 years, and players are chasing him still, he’s had a great year even this year.”

James has an endless list of admirers, and it’s always intriguing to listen to what others have to say about his greatness, especially the players that have shared a locker room with him. 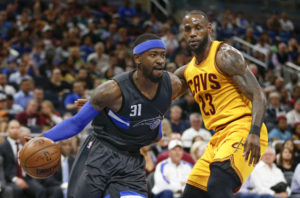