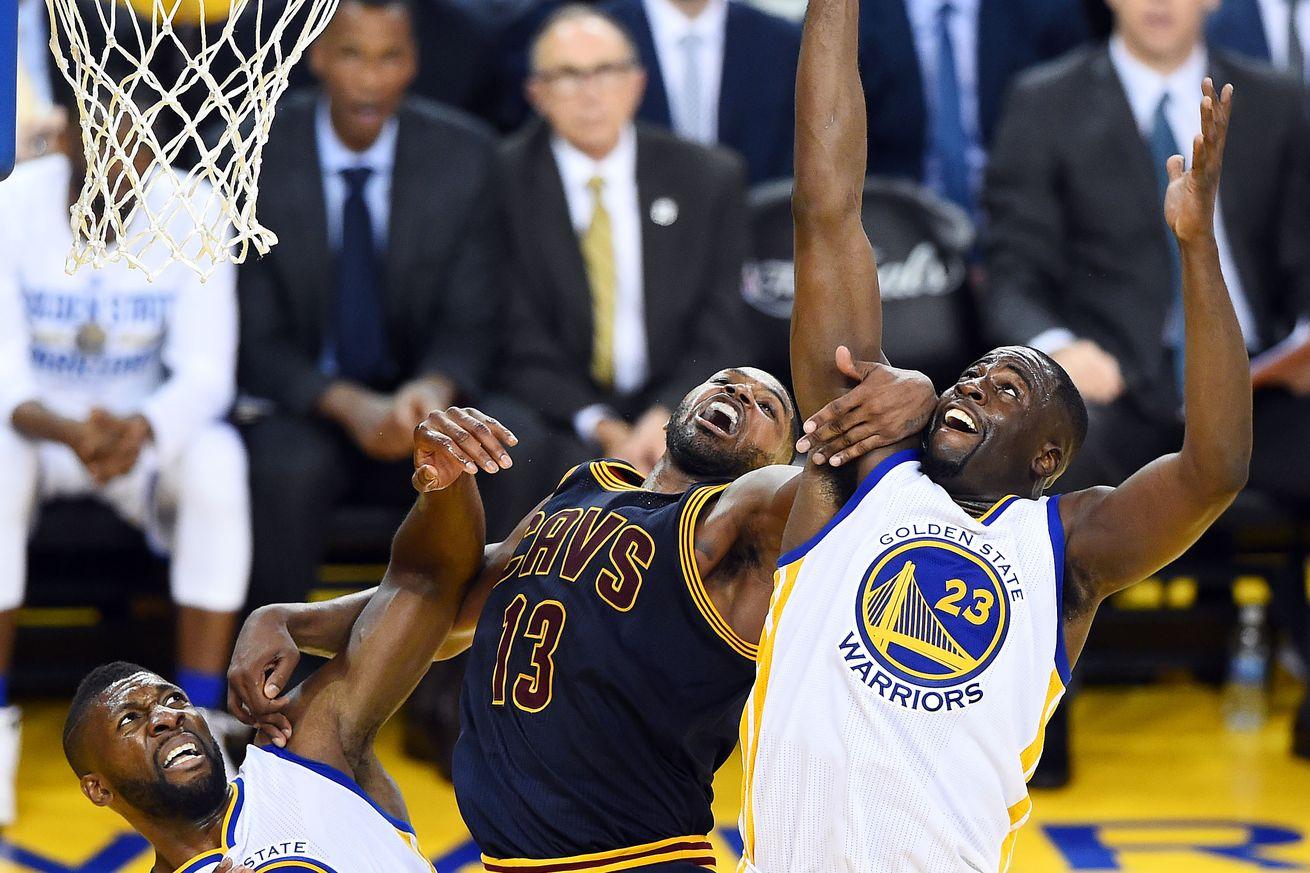 This year’s NBA Finals is a grudge match. With both the Cleveland Cavaliers and Golden State Warriors producing a high-quality finals series last season, a lot more fireworks are expected this time around thanks to the presence of two stars, Kyrie Irving and Kevin Love, who missed the last June dance due to injuries.

The Warriors` best defender in Draymond Green is expected to have his hands full against the prolific Cavalier offense. Love should be on his list of prime targets as Cleveland’s floor spacing big man has been the common denominator in all of the Cavs` playoff wins so far.

One may easily assume that being out last year and underutilized in their regular season matchups, Love would be the biggest difference maker for Cleveland. But Green has someone else in mind and that is Channing Frye, per his interview with Warriors Plus Minus.

“Kyrie and Love definitely makes a difference, but I think the guy who’s been the difference-maker for them has been Channing Frye. That’s no knock to Kyrie or Kevin Love, they’ve both been playing great, but Channing Frye has been amazing. He’s shooting 58 percent from three, and he’s a five-man. At the end of the day, Kevin Love, he’s a four and if you’re a four-man now, you’re getting used to guarding four-men on the perimeter. Five’s aren’t used to that.

So, I think he’s been humongous for them and he’s obviously never going to get the credit because they have so many guys with star power with ‘Bron, K-Love and Kyrie. He’s been incredible for them, and I think him alone gives them a completely different look. Let alone, adding Kyrie and Kevin Love to the fold.”

For those who haven’t followed the Cavaliers closely this postseason, it’s difficult to comprehend where Green is coming from.

But his way of looking at things speaks loudly of how the Warriors have groomed the defensive mindset of the players. Frye is a member of the second unit, but he has also been the owner of the hottest pair of hands from long distance among all playoff participants.

His floor-spacing ability allows Cleveland to have ample space on offense for LeBron James and Kyrie Irving to get it going. That’s why if the Warriors get to negate Frye`s presence, then that takes away a valuable cog in their opponent’s extra gear which has been their bench-dominated lineup while being led by James.

In fact, the five of James, Frye, Iman Shumpert, Richard Jefferson, and Matthew Dellavedova was ranked 3rd in highest (+/-) rating among all playoff lineups heading into the finals – even better than the Warriors` starting lineup.

In Game 1 of the Finals however, Frye played just four minutes in the game before adding another three in garbage time. He finished with two points and a rebound, but the Cavs did not get him good enough looks or feed him enough.

Frye has been a big part of that line-up`s success, but against the defending champions, he must raise the level of his play if he wants to continue that underrated excellence while his teammates should continue to look for him floating on the perimeter.