Draymond Green discusses how LeBron James has influenced him 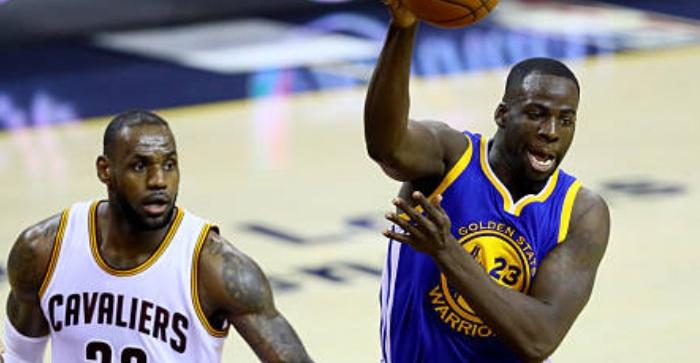 Both on and off the basketball court, Cleveland Cavaliers superstar forward LeBron James has influenced us all in one way or another. Whether it be his numerous charitable acts, his business savvy, or simply his remarkable style of play, the “Kid from Akron” has created a legacy that many aspire to attain.

Golden State Warriors center Draymond Green recently sat down for an interview with cleveland.com to discuss how the star rival has influenced his career. Green, a two-time NBA All-Star, says James has “done it the right way.”

“I think when you look around a lot of things that LeBron has done, he’s done it the right way,” Green told cleveland.com recently. “He’s done a great job, whether it’s with a great team around him or whether it’s the way he’s taking care of his body and going the extra mile with that or the brands he’s aligned himself with. I think a lot of times in the game of basketball with our competitive nature you look at things and say, ‘Man I have to do something different.’ If it’s working why not copy the model?”

These two great athletes may play on rival teams, but that isn’t stopping Green from wearing James’ signature shoe on the court. In fact, Green sported “LeBron’s” last season right up until the Warriors faced the Cavs in the Finals. Green has also been featured on Uninterrupted, a media outlet created by James and his business partner, Maverick Carter. Green tells cleveland.com that he would like to copy some of the things James has accomplished.

“He’s done a great job and I actually have seen some things that I’m going to copy,” Green said of James’ career. “If it ain’t broke, don’t fix it.”