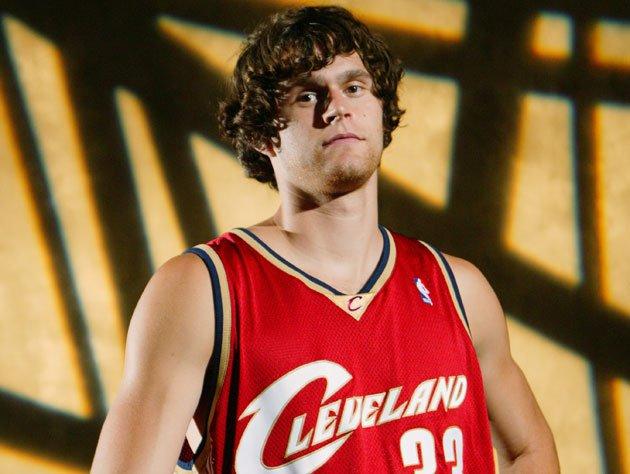 The 2003-04 season was a dawn of a new era for the Cleveland Cavaliers, changing the look of the team in many ways. Cleveland drafted the guy of the future in LeBron James, also introducing a new logo and a variation on the wine and gold color scheme used by the club during the 1970s.

In his first season in the league, LeBron would help improve the Cavaliers to a 36-47 record, 19 games better than the season before. The improvement was certainly exciting for a hungry fan base, but another lottery pick would be the reality of it all.

Cleveland would miss the playoffs by a devastating one game difference, earning themselves the tenth overall draft pick. This would be the only selection Cleveland possessed, after trading their second rounder along with Lamond Murray to the Toronto Raptors for Michael Stewart and a future first-round pick.

It’s time to wind it back to 2004 and re-draft for our Cavaliers.

At the time this was a really exciting pick for the Cavs. Jackson was a 6-foot-7 small forward that played like a guard, averaging 24.2 points, 8.1 assists and an impressive 5.0 steals per game in his senior year at Creswell High School. His career would continue at the University of Oregon for four years and his senior season was impresive.

His senior campaign saw the lanky swingman lead Oregon in points (21.2), rebounds (7.2) and assists (4.5) while becoming a finalist for the John R. Wooden Award and Naismith College Player of the Year award.

His second day on the job as a Cleveland Cavalier, Jackson would herniate two discs in his back, an injury that would greatly impact his career. Adding further insult to injury, Jackson also suffered a broken left wrist, leading him to play 46 games in two seasons.

Jackson would eventually be traded from Cleveland to the Boston Celtics in exchange for Dwayne Jones.

This was a pick that meant so much to Cleveland, attempting to add another important young piece to partner up with LeBron James.

The Cavs were blindsided by Carlos Boozer, who signed a free agent deal over the summer with the Utah Jazz. If he had have communicated his intentions to leave, Cleveland management may have taken a harder look at Big Al Jefferson, or another slasher in Josh Smith.

Thanks Carlos, we’re blaming you for this one.