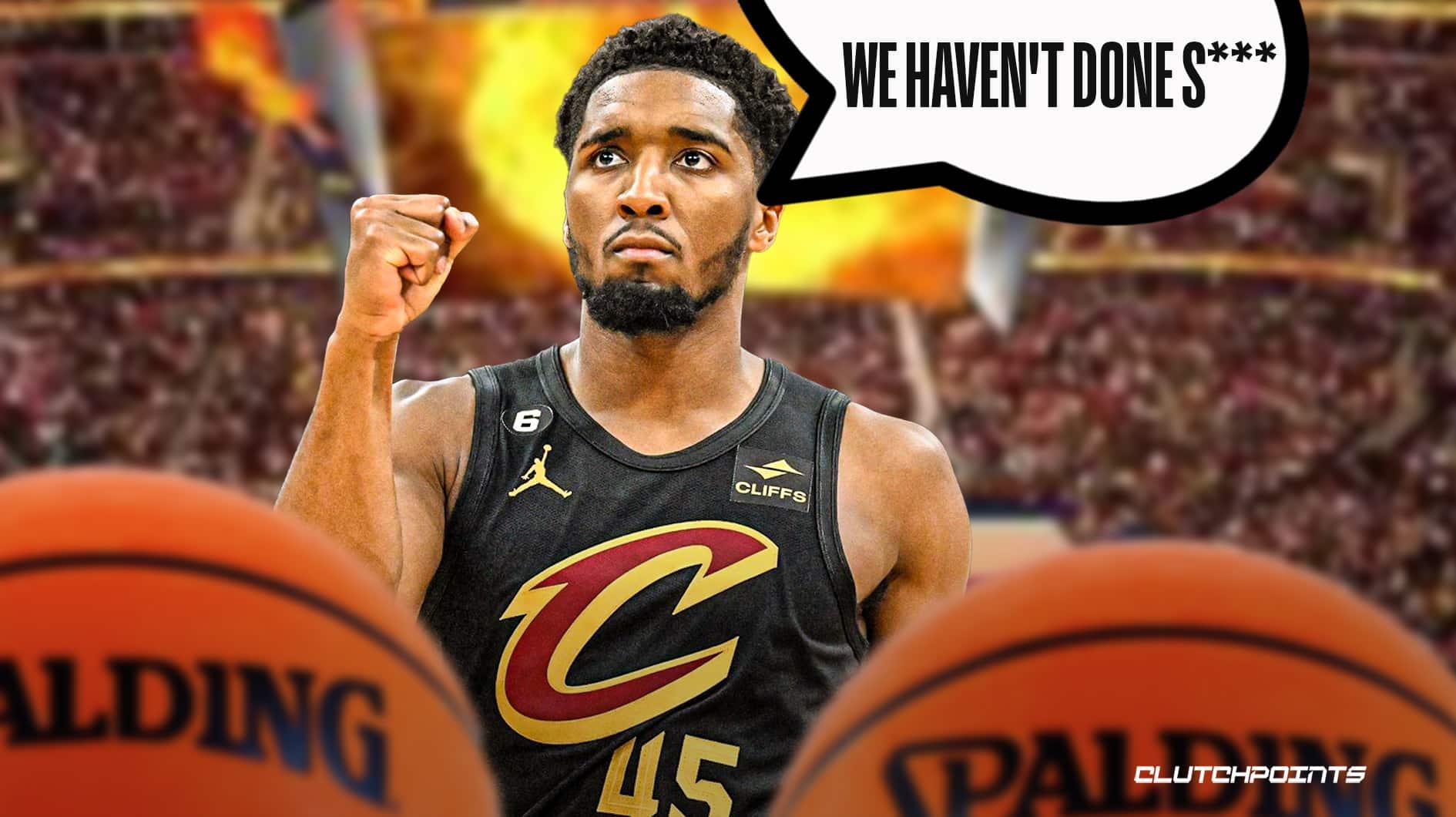 Donovan Mitchell and the Cleveland Cavaliers are making noise in the NBA’s competitive Eastern Conference this season, but Mitchell says the team still has a long way to go towards title contention.

Mitchell sat down with ESPN’s Marc Spears to reflect on his time with the Utah Jazz and look forward to the rest of the season with the Cavs. The 26-year-old didn’t mince words when asked how special this Cleveland team could be down the stretch.

Donovan Mitchell will face his old #Jazz squad for the first time tonight in Cleveland. With @andscape, the new #Cavaliers star looks back at the memorable, the forgettable and his legacy from his five seasons in Utah and why major changes were made. https://t.co/jEMh7NYsUt#nba

“I said it in my first press conference that, ‘on paper we’re scary,’ but at the end of the day, we haven’t done s***,” Mitchell said in the interview. “I haven’t been far in the playoffs. Evan [Mobley], Darius [Garland], JA [Jarrett Allen] and Caris [LeVert] have been to the playoffs. We, as a collective, other than Kevin Love, have not won a championship.”

Mitchell continued to stress the team has a lot to prove, but if they continue to build on a fantastic start to the season, it is a pretty scary group. ‘Spida’ spent the first five seasons of his career with the Jazz, emerging as a superstar and two-time All-Star while with Utah. They made the playoffs every year, including winning two Northwest Division titles, but were never able to advance past the second round of the postseason.

“It’s not going to be easy,” Mitchell says from experience. “We have to continue to get better on a daily basis…we have the ability to do that. But we have a way to go. We have to do the work, but we play with that intention set. We don’t play to say, ‘Oh, let’s make it to the playoffs or the second round.’ Our goal is to win the championship.”

Mitchell has been very involved with the Cleveland community since being traded, attending two Browns games, a G League game, and a Guardians game during his tenure. He says he’s grown fond of the city of Cleveland, and is continuing to find new ways to impact the community.

He knows the ultimate goal is to bring a championship to the city of Cleveland for the first time since 2016, but Donovan Mitchell is already doing all the right things on and off the court with his new squad.