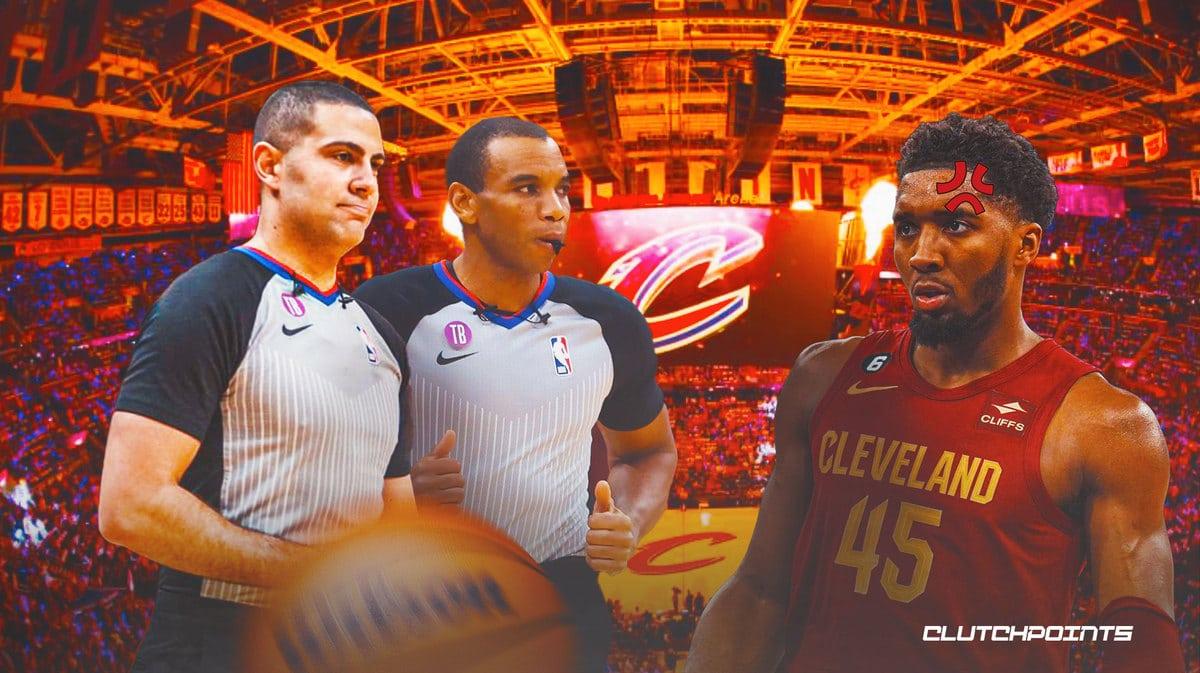 Not even halfway through Donovan Mitchell’s debut season, the Cleveland Cavaliers have already cemented themselves as a legitimate threat to win the Eastern Conference. But there’s one team that’s had the rebuilt Cavs’ number since 2022-23 tipped off, emerging as a sharp potential thorn in their spine come playoff time—assuming it gets there, of course.

The struggling Toronto Raptors beat Cleveland 118-107 at Rocket Mortgage Fieldhouse on Friday, their third win in three meetings against the wine-and-gold this season, and fourth straight overall. Toronto led by as many as 26, coming alive from deep with 19 three-pointers and racing out to 27 fast-break points.

As Mitchell saw it, though, another aspect of the game was just as problematic for Cleveland as losing battles from beyond the arc and in transition—one largely beyond its control.

Mitchell continued his struggles against the Raptors, scoring just 12 points on 4-of-16 shooting, all but one make and three attempts coming from beyond the arc. He’s now averaging 17.0 points on 39.6% shooting facing Nick Nurse’s team this season, easily his worst marks versus any multi-time foe.

Mitchell, clearly, believes Cleveland deserved more calls regardless—not that he’s deflecting blame from his team’s effort or failing to recognize the Raptors role in it.

“Gotta give them credit,” Mitchell said. “But we knew what we were coming into, and we just didn’t answer the bell. They’re physical. They kicked our a–.”