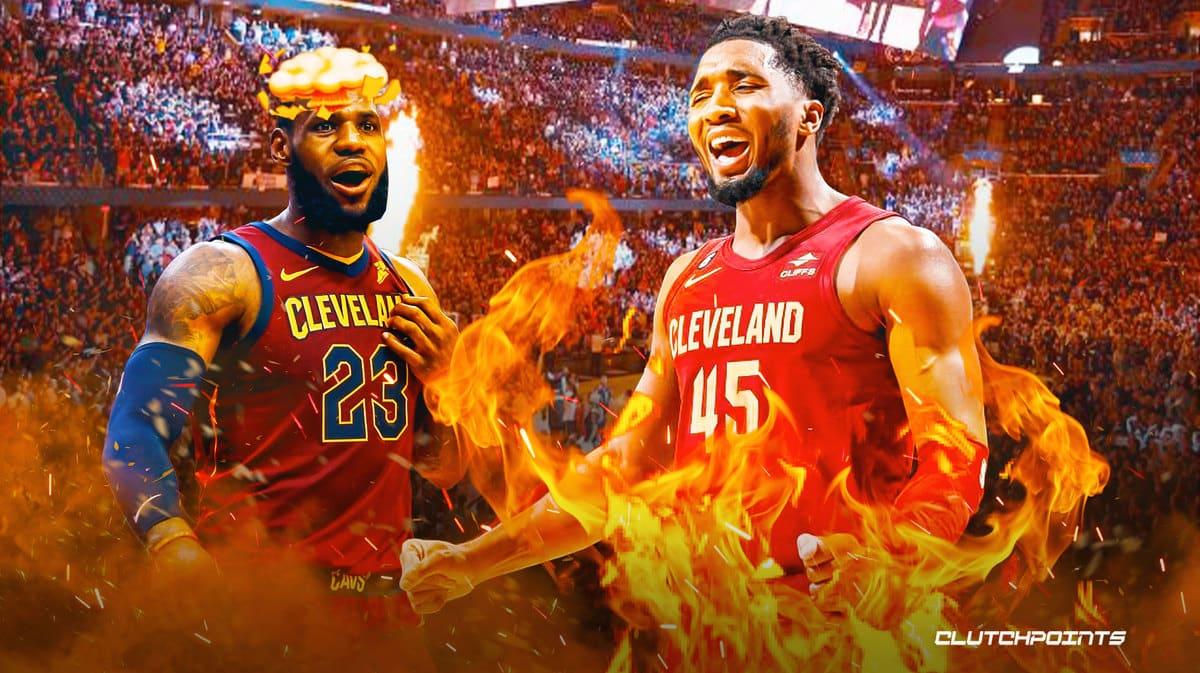 LeBron James is widely regarded as the greatest player in Cleveland Cavaliers franchise history. Well, Donovan Mitchell just made his mark on the history books on Monday night after destroying LeBron’s scoring record for the Cavs. Mitchell erupted for a mind-blowing 71 points in a 145-134 overtime win against the Chicago Bulls.

Yes, you read that right. There were no typographical errors there. Mitchell really dropped 71 points against the Bulls on 22-of-34 shooting, eight rebounds, and 11 assists in 50 minutes of action. The 26-year-old also connected on no less than seven triples as he led the Cavs to a thrilling overtime victory against the Bulls.

LeBron’s career high with the Cavs is 57 points. Mitchell trumped all over that record on Monday night with an unforgettable performance. Thanks to his mind-blowing display, Donovan Mitchell is just the event seventh player in NBA history to ever eclipse the 70-point mark. He joins Devin Booker, David Robinson, Elgin Baylor, David Thompson, the late, great Kobe Bryant, and of course, Wilt Chamberlain.

In truth, it isn’t likely that Mitchell will be able to dethrone LeBron as the Cavs GOAT. In fact, it’s hard to imagine anyone doing this anytime soon. However, there’s also no denying that Mitchell’s 71 points is a franchise record that’s going to be hard to beat. That certainly has to count for something, right?

Mitchell was in a bit of a slump entering Monday’s game. He was shooting just 32.9 percent from the field and 28.9 percent from distance over his last four games. Talk about busting out in a major way.