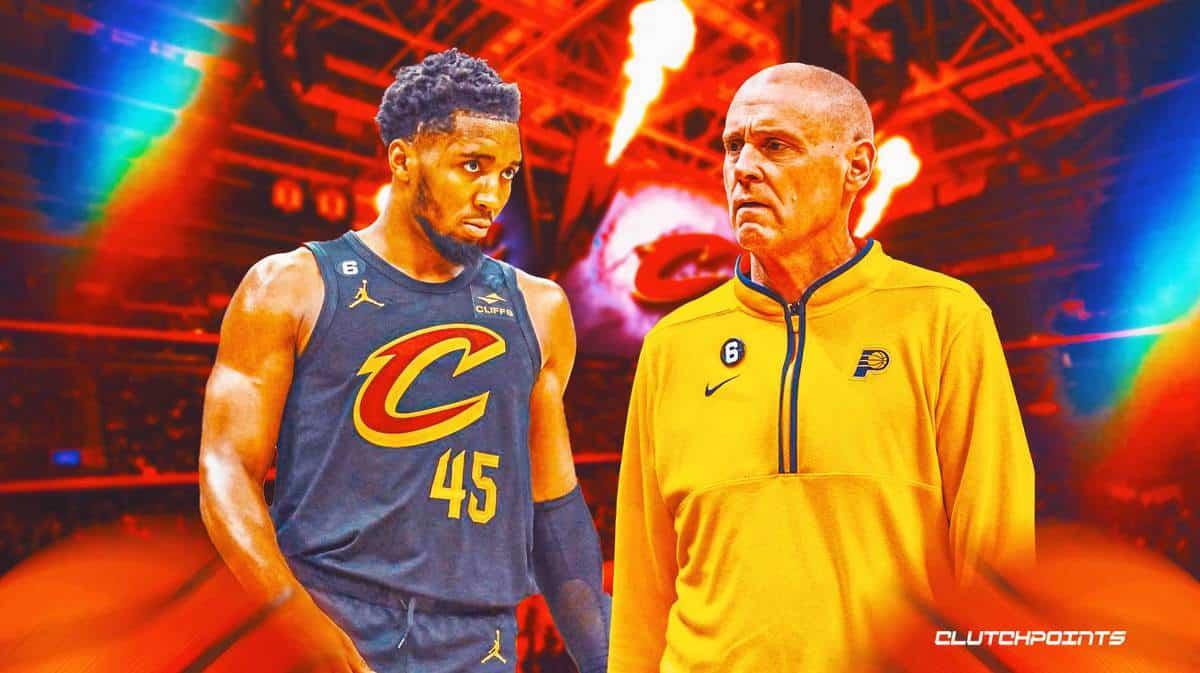 In the third quarter of the Cleveland Cavaliers game on Thursday against the Indiana Pacers, it appeared as if Donovan Mitchell committed a travel that was not called causing Pacers coach Rick Carlisle to explode.

Donovan Mitchell tossed the ball off the backboard to himself and then came down with it.

Rick Carlisle is furious no travel was called and gets himself ejected 😬pic.twitter.com/h8BZ4nhFbU

Mitchell threw the ball to himself off the backboard and came back down with the ball without taking a shot. He then found a cutting Isaac Okoro for a monster slam dunk. It was not the pass to himself off the backboard and coming back down that was the travel. Players are allowed to do so as per the NBA’s rulebook. As long as the ball touches another player, the rim, or the backboard, they are allowed to get the ball back without shooting. Mitchell’s travel came once he was under the basket and had nowhere to go. He shuffled his feet a few times without dribbling and no call was made paving the way for Okoro’s dunk. Carlisle was furious and subsequently ejected with two technical fouls.

To say that Donovan Mitchell has been a good pickup for the Cavs this season is a major understatement. His presence has helped transform them into one of the top teams in the Eastern Conference. This season, Mitchell is putting up a career-high 28.5 points per game, 3.8 rebounds and 4.5 assists while shooting 49.2 percent from the field and 41.8 percent from the three-point line. Coming into the Pacers game, the Cavs sported a record of 22-18 and were in fourth place in the Eastern Conference standings. They are only one game back of the No. 2 Indiana Pacers and three games back of the No. 1 Boston Celtics.