Does Waiting Game Benefit Tristan Thompson Or The Cavaliers? 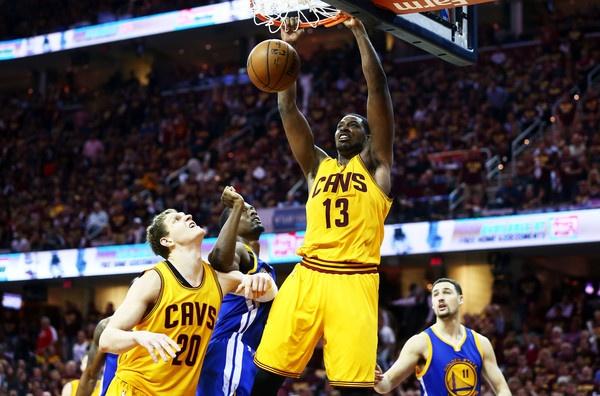 The Cleveland Cavaliers and Tristan Thompson have been attempting to negotiate a contract extension for over a month and a half now. It’s mid-August, and there still hasn’t been any progress on a contract. Thompson and agent Rich Paul have been trying to get a 5-year deal at around $94 million, while the Cavs don’t seem to be willing to offer any more than $70 million over 5 years. Both sides reportedly originally agreed on a 5-year, $80 million deal at the start of free agency, but Thompson wanted more after seeing some other big name free agents sign big deals.

Steve Kyler of Basketball Insiders talked about this stalemate between Thompson and the Cavs, and who it benefits in the end.

There is no urgency – time favors the Cavaliers. Why sign today? Nothing gained unless its the right deal. https://t.co/K6TC8HEjxi

I would not call things between Thompson and Cavs a stand-off… If Tristan wants MAX he may have to wait for it. https://t.co/a8z411u4vH

There isn't animosity here. Its been implied, but I was told that's things are very amicable, this is a tax issue https://t.co/a8z411u4vH

My understanding is that everyone understands economics and that waiting a year might put more $ in Thompon's pocket https://t.co/a8z411u4vH

Paul and Thompson have told the Cavs that if Thompson is forced to sign a qualifying offer for next season, that it would be his final season in Cleveland.

They also said they want a 5-year deal worth $94 million from the Cavs, which is the max for a player like Thompson. As it is, Portland is the only team that can offer Thompson a contract of that caliber, but they are already stacked in the frontcourt with players like Mason Plumlee, Ed Davis, Noah Vonleh, Joel Freeland, Meyers Leonard, and Al-Farouq Aminu. Clearly, the only team in the market for Thompson is the Cleveland Cavaliers.

We’ll see what ends up happening, because both sides can wait it out until they agree on a contract extension.