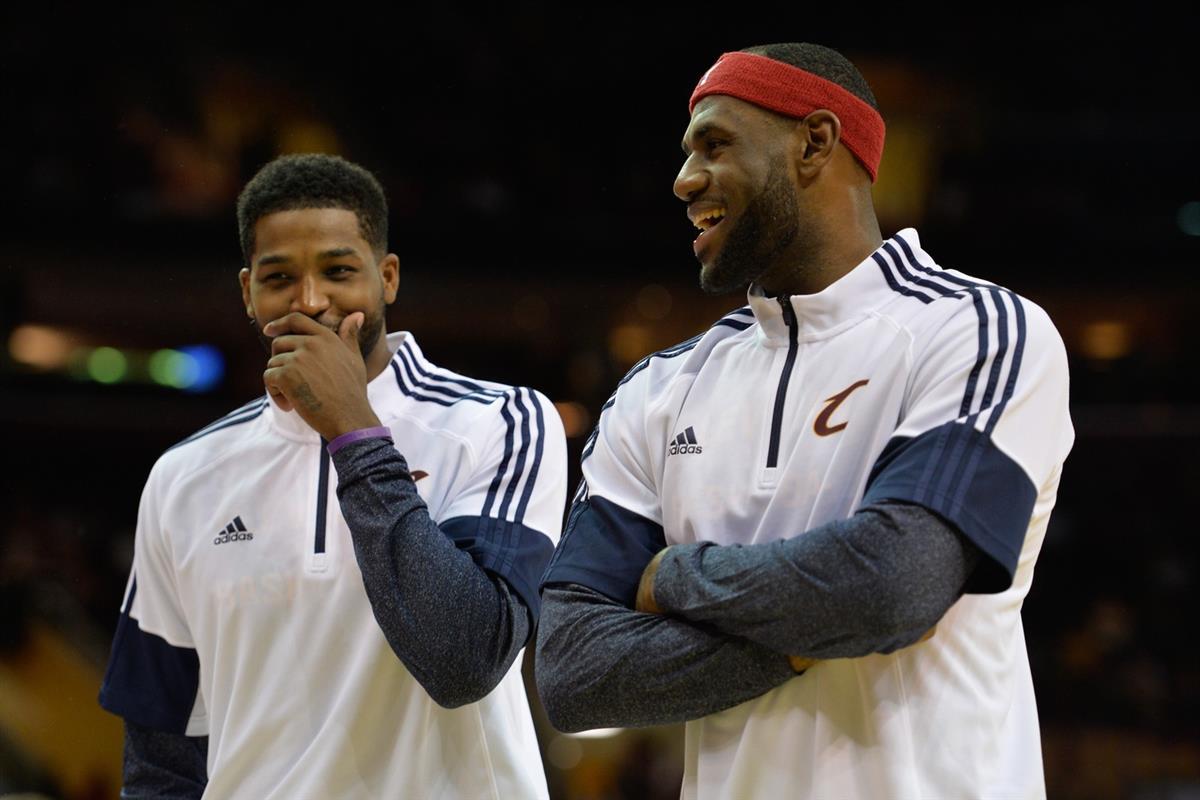 Since the NBA free agency period began on July 1st, 2015 one huge topic of discussion has been free agent power forward, Tristan Thompson. Since being the fourth pick in the 2011 NBA Draft, he has had a solid NBA career and has shown glimpses of All Star potential. His numbers have not exactly reflected those of an NBA All-Star power forward but with hard work and dedication he can get there.

Thompson averaged 8.5 points and 8.0 rebounds per game during the 2014-2015 season. He proved to be a key price for the team by providing boundless energy on the court. He also had some games wherein he absolutely dominated the offensive and defensive boards as he was clearly the best rebounder on the floor.

There has been a major concern lately because Thompson has yet to re-sign with the Cleveland Cavaliers organization. Let’s take a look at some of the controversy that is concerning Thompson. Also, let’s explore whether Thompson’s decision will affect his Klutch Sports Group-mate, LeBron James.

Tristan Thompson’s agent, Richard Paul, is actually from Cleveland, Ohio. Paul also represents LeBron James and heads up the agency called Klutch Sports Group which is based in the Northeast Ohio area. Other notable clients whom Paul represents are Norris Cole, Cory Joseph, and Eric Bledsoe.

A couple of weeks ago Richard Paul caused a big stir in NBA circles and the media. He stated that if Thompson resorted to signing a one-year $6.8 million qualifying offer then there would be some worries in Cleveland. Paul went as far to say that if Thompson signed this offer then his client would not be returning to the Cleveland Cavaliers for the 2016-2017 NBA season. It was also reported that the Cavaliers offered Thompson a five-year deal worth $80 million which he seemed close to accepting. However, there was a change of heart from the Canadian power forward’s side. Thompson and Paul felt that every player in Thompson’s talent range was offered more money than he was, thus, they are now looking at five years at $94 million. Paul and Thompson have done their homework and know that the NBA salary cap will go up exponentially once the new TV deal kicks in.

Things get even more interesting from here on. Will the Cavaliers cave in and offer Thompson the $94 million that he reportedly seeks? Will Thompson have an epiphany and take the initial offer of $80 million? Will he opt for that $6.8 million dollar qualifying offer and prepare to pack his bags for his new destination in 2016? All of these still remain to be seen and we will have to keep an eye on how everything plays out.

Let’s take a quick look at how this situation affects his Klutch Sports Group and Cleveland Cavaliers teammate, LeBron James.

LeBron James signed a new two-year, $46 million deal shortly after the free agency period began this summer. $23 million for a year is nothing to sneeze at. However, James can opt out of his current contract after the 2015-2016 season and become an unrestricted free agent, again.

Many people expect LeBron James to do just that and re-up with the Cavaliers for a ballpark area contract of five-years at $200 million dollar contract. This contract will be possible because of the new TV deal that is set to kick in for the 2016-2017 season.

Even though LeBron James and Tristan Thompson are very close and share the same agent, it is highly doubtful that James would once again bolt from the Cavs if they fail to secure Thompson on a long-term deal. Look for Thompson to, hopefully, get a fair deal, for both sides, done with the Cleveland Cavaliers and be ready for training camp at the end of September.