Do the Cavs have anything left to prove this season? 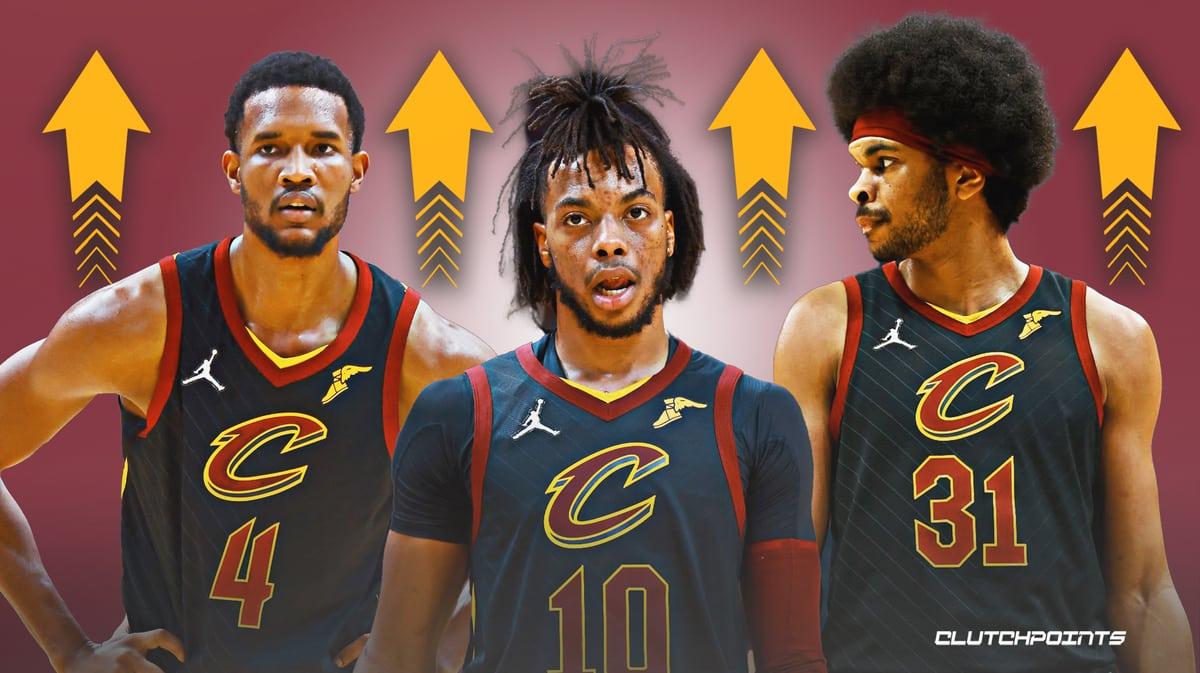 This preseason, the Cleveland Cavaliers were a consensus cellar-dweller among NBA talking heads. Who could blame them? The Cavs had a head coach and front office who were both on the hot seat. A green roster that had shown minimal tangible results to date.

The team’s recent history has involved a constantly evolving locker room full of musty, disgruntled veterans… wide-eyed, inexperienced youngsters… a carousel of changing faces, both coaches and players. This was an organization without consistency, without rhythm, without reputation. There weren’t many reasons to believe this would be the season that all changes, especially when looking at it all from a bird’s eye view.

There were positive indicators. The Jarrett Allen trade was a massive haul that Cleveland stole in broad daylight. Darius Garland was beginning to show why he was a top 4 pick. Baggage that was bogging down the team morale was cut off, in the form of John Beilein, Kevin Porter Jr, and Andre Drummond. They added their best prospect since LeBron James and a capable backup PG over the offseason.

It was hard to ignore the negatives, but this season the positives broke through and overwhelmed any pessimistic skew of things in an incredible way. Starting with the guys in the driver’s seat of this operation.

Cavaliers management is in a good place

The very first item on Koby Altman’s plate, when he was named General Manager of the Cavs, was to deal with Kyrie Irving’s adamant trade request. Since then, the team was completely transformed at the deadline, swept in the NBA Finals, lost LeBron, and went through a grueling few seasons at the bottom of the league. The organization gave their lead decision maker the benefit of the doubt, allowing him to see through the rebuild, and… it looks to be a success.

Altman did a stellar job of scooping up valuable assets from out of thin air, and adding young talent to the team through the draft (Evan Mobley, Darius Garland, Collin Sexton, Dylan Windler), undrafted free agency (Dean Wade, Lamar Stevens), and trade (Jarrett Allen, Lauri Markkanen). With everything coming together this season, he was handed a contract extension and title change to President of Basketball Operations.

As for the guys making the decisions down on the sidelines, JB Bickerstaff has done a stellar job leading the Cavaliers to this sudden turnaround. Unlike many of the coaches in recent times, he has garnered the respect of the locker room. He has the whole team playing hard, resilient basketball, even old man Kevin Love.

Injuries have clobbered the team lately, but he’s done a phenomenal job leading the team through the trials they’ve faced this year. With a competent roster this year, Bickerstaff has been able to make stuff happen. Due to the success he’s had when finally given a fair shot to coach the team into a winning environment, he was also handed an extension, locking both guys into Cleveland long-term.

The Land is home to rising stars

Cleveland coincidentally hosted All-Star weekend in the same year as their upstart season. The Cavs had a tremendous showing compared to what the expectations would have been before the season started. Darius Garland and Jarrett Allen were named first time All-Stars, and won the All-Star Game alongside the rest of Team LeBron. Those two, along with Evan Mobley, won the Skills Challenge. Evan Mobley and Isaac Okoro took home the title in the Rising Stars tournament.

Darius Garland and Jarrett Allen have emerged as the centerpieces of this year’s Cavaliers, especially with Collin Sexton going down early into the season. Garland has orchestrated Cleveland’s offense in a masterful way, with the help of his premier screen-and-roll man. The Garland-Allen P&R has given opposing defenses issues all season long. Allen has bolted down the Cavs’ defense that is among the leagues’ elite when healthy.

Top 3 selection, Evan Mobley has had an instant day one impact, but having the Fro beside him from the get-go has made his job a large amount easier. The rookie brings an incredible wide-reaching skillset to the team. The things he’s able to do as a 7-footer are straight absurd, and unlike quite anything we’ve ever seen before in the NBA. Mobley has secured his spot as the most important player on this team and a future MVP-caliber guy.

Evan Mobley is shooting nearly 60% on these turnaround fadeaways for the season. This guy is just ridiculous pic.twitter.com/FAS04Whw4r

Garland, Mobley, and Allen have established themselves as premier young studs in this league. You could also choose to lump impending Restricted Free Agent Collin Sexton in with that group, who has shown the ability to be very productive before the rubber really met the road for these Cavs.

This is a deep team

Not only did the young core show strides this season, but also the supporting cast. Kevin Love rebounded from a miserable past couple years to put together an effort worthy of 6th Man of the Year consideration. He’s not the only one who has demonstrated growth, though. JB Bickerstaff has relied on mainly young pieces to round out his rotation.

Offseason addition Lauri Markkanen has earned his marks as a guy who can leave an imprint on the game in more ways than just filling up the stat sheet. He was an empty calories suspect in Chicago, resulting in him leaving the city with little interest from other teams. In Cleveland, his floor spacing and newfound ability to play capable defense has made a strong impact on the team, despite playing in a unique role for the wine and gold.

Second year man Isaac Okoro has continued to progress defensively. He’s entered the upper-echelon of POA defenders in the NBA. The offense is still coming along, but recently he has been knocking down his corner threes at an exceptional clip. Considering he often finds himself parked in the corner within JB’s offense, that’s a very good sign.

With Okoro losing his starting job, & his development not being as high on the Cavs’ list of priorities this year, he’s going to have to make his impact as a glue guy:

Cedi Osman has bounced back from being one of the worst players in the NBA last season, to being a valuable bench presence for the Cavaliers. At his size on the wing, his versatile skillset allows him to bring value to several different areas of the game offensively. He’s always been an inconsistent player, and currently find himself outside the rotation, but don’t expect that to last too long.

Trade deadline acquisition, Caris LeVert, was brought in at the price of a lottery-protected first round pick. His shot-creation at his size allows him to be the third guard in a dynamic backcourt rotation of him, Garland, and Sexton that the Cavaliers brass has been looking for ever since bringing the other two in. LeVert’s still finding his place with the team, but with time and a healthy roster it will work itself out.

Last, but not least, the Cavs have developed plug-and-play youngsters that can bring energy and defined valuable traits at every position in the case of them needing to be called up. Before this season, a good portion of Cleveland’s rotation minutes were consumed by non-NBA players. That’s not the case this year. Dean Wade, Lamar Stevens, Brandon Goodwin, Dylan Windler, and Moses Brown can all give you production in limited minutes.

The Cavs’ future is golden

It’s not hard to envision future success attached to the roster that the Cavs have put in place. With time and the development of their younger players, a title could be within sight once again for the 2016 champs. Now’s as exciting a time as ever to be a Cleveland Cavaliers fan. A few untimely injuries to key players and bloated early-season expectations falling back to earth shouldn’t change that.