Do The Cavs Need To Make Any Offseason Changes To Current Roster? 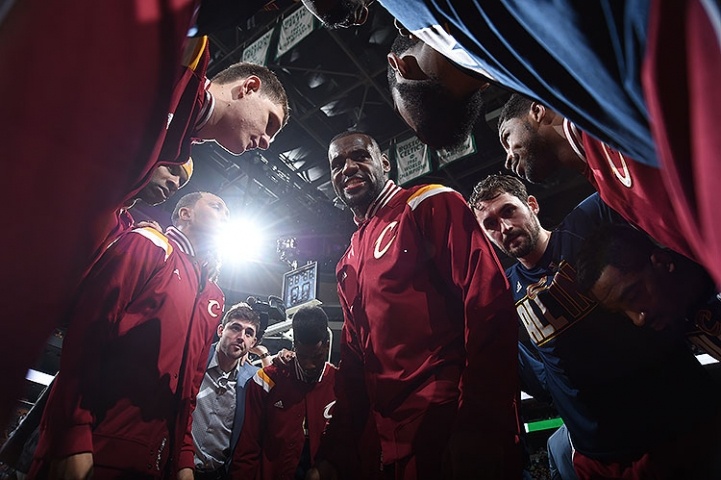 The Cleveland Cavaliers took fans around on a wild ride that was the 2014-15 season. Unfortunately, the Cavs fell a little short to the Golden State Warriors in six games in this year’s NBA Finals. There were injuries to two key All-Star players in Kevin Love and Kyrie Irving.

LeBron James carried the Cavaliers in the playoffs and NBA Finals and they just “ran out of talent,” as James said in his last NBA Finals interview. What’s done is done and a big year in free agency begins. The Cavaliers have some flexibility moving forward and can really improve this roster around LeBron James to contend for a NBA Title for years to come. No one knows what the Cavaliers will do exactly, but there are some rumors floating around out there.

First of all, everyone on this current roster should not stay on the team. LeBron James is such a major talent that he carried this team at certain points of this past NBA campaign. Let’s focus on the Cavaliers roster and what players should stay and which ones should go.

All of these players should be on the Cleveland Cavaliers roster moving forward. LeBron James and Kevin Love both are expected to opt out of their current contracts and re-sign new contracts with the organization. Having two of the Cavs Big Three in Love and James back is important as Kyrie Irving is already signed to a multi-year deal. Tristan Thompson has been a monster on the glass and is improving on the offensive end. At 24 years old, Thompson is young and still have lots of room for improvement offensively. During the Eastern Conference Finals, LeBron James gave Tristan Thompson

“Tristan should probably be a Cavalier for his whole career,” James said after a practice during the postseason. “There’s no reason why he shouldn’t. This guy is 24 years old, he’s played in 340-plus straight games, and he’s gotten better every single season. It’s almost like ‘What more can you ask out of a guy?'”

Thompson might not get the max money he’s reportedly requesting, but he’ll definitely be paid a handsme amount for his services. Last but not least the Cleveland Cavaliers should keep J.R. Smith and Iman Shumpert, if possible. These two players proved to be steals during the mid-season trades that saw Cleveland give up just Dion Waiters and a draft pick to the New York Knicks. Both Shump and Smith struggled mightily in thte NBA Finals, but that can be attributed to the short, seven-man rotation that saw a lot of starters playing 38+ minutes.

Delly is a scrappy player and hustler and has upped his stick with his play this offseason, but moving forward, I don’t think he fits in with the Cavaliers. If the Cavaliers can get some trade value for him they should definitely explore that option and ship him out of Cleveland. Brendan Haywood is a big body, but the older veteran center did not really play much this season. His value lies in his contract, tht can allow the Cavs to take on a player with a larger than average contract. The Cavaliers should look to move him for a pick in this year’s NBA Draft. Shawn Marion has now retired and will no longer be with the team. He was once a good player throughout his career. It was cool to see him with the Cavaliers this year. Realistically moving forward he would not have fit in to what the Cavs are looking to build because of his age and depleting skills.

Dwyane Wade would be a huge addition for the Cleveland Cavaliers this offseason. Look for him to explore the possibility of teaming up with his best friend, LeBron James to make a run at more NBA titles. At this point, Cleveland seems like the sure-fire favorite to reach the Finals and even win a championship (if healthy).

With the Cavs getting exposed in the playmaking department in the Finals, Cleveland could do wonders picking up an offensive-minded back-up point guard to help score when Kyrie Irving is not on the floor or is injured (as he has been often this season). 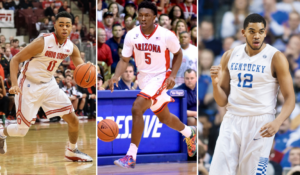