What if Dirk Nowitzki came to Cleveland? 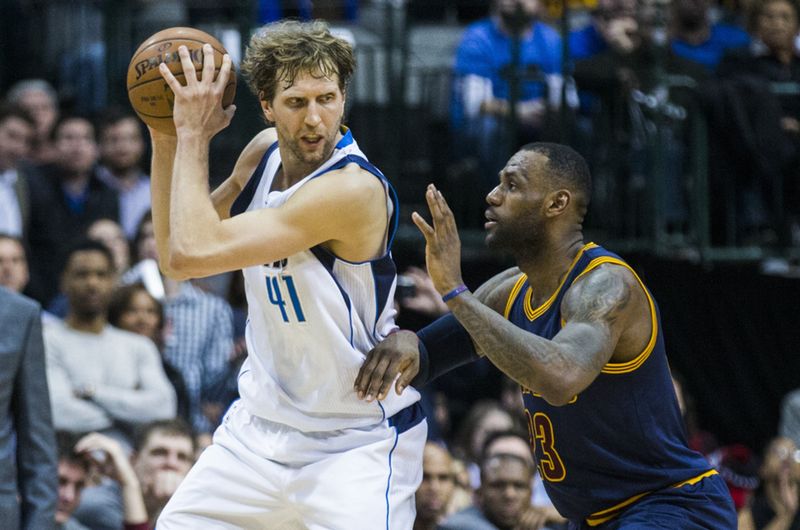 With each NBA offseason, there come opportunities for teams seeking the top-tier, such as the Cleveland Cavaliers. The name of the game is signing valuable veterans who are willing to take a discount in exchange for the possibility of deep playoff runs. The Cavaliers are unequivocally over the salary cap with the highest payroll in the league (Thanks, Dan Gilbert!) – but for the most part, they are always able to add minimum salary to the roster, as well as several slightly larger slots determined by the NBA’s Collective Bargaining Agreement.

Theoretically, these opportunities should be at an all-time high for a championship team with the highest chance of returning to the Finals next year. The East continues to disappoint. Barring big free agent acquisitions (Kevin Durant) by Miami or Boston, the only real challenger to Cleveland in the East is likely Toronto (Unless New York truly does something special). In the West, there are three top tier teams – Golden State, San Antonio, and OKC – who must all eliminate one another until only one is left to claim the single coveted Finals slot.

The Richard Jefferson signing last offseason was an under-the-radar move at the time. The 35-year-old small forward had a marginally larger offer to remain in Dallas, but decided to go to Cleveland because -in his own words – “If Cleveland goes to the Finals and I stay in Dallas, I’ll kill myself.” And it’s a good thing he did because the Cavs were in desperate need of an experienced player to back up LeBron James after the retirement of Shawn Marion. As it turned out, Jefferson still had a lot to offer and was able to play valuable minutes with James in the Finals.

Now, after the championship chaos is beginning to die down, it’s time for David Griffin to find ways to make this team better for next year. And one big signing possibility could once again come by way of Dallas – Dirk Nowitzki. The seven-foot German has spent all of his 18 NBA seasons in Dallas. But the Mavericks have been in limbo ever since winning the title in 2011, and recent moves have not been panning out. They managed to make the six-seed in the West but were demolished by the Thunder in five games. Nowitzki is a free agent once more at age 38, and this may be his last opportunity to sign as a role player with a contending team. But does Nowitzki still have anything to offer? He has had multiple surgeries over the last few years, but he is still putting up respectable stats in about 30 minutes per game. And don’t forget about that unstoppable one-legged fadeaway jump shot. Could he put up another historic 50-40-90 season with the Cavs as a role player playing reduced minutes? That remains to be seen, but he was certainly close the last three years as the featured first option in the Mavs offense.

And how does he fit? He is very similar to Channing Frye, and thus the two would likely not play together very much. And like Frye, Nowitzki will have issues defending small ball lineups from teams like Golden State (and switching on smaller players in general). But in the right lineups and with the right game plan, Dirk would be a tremendous tool for Lue to spread the floor for Lebron and Kyrie attacks. The best front court mate for Dirk would likely be Tristan – who could hustle and rebound while Dirk spreads the floor.

There would also be question marks on pairing him with Kevin Love. Can a Love/Nowitzki lineup be good enough defensively? That would also remain to be seen, but Love has been stepping up his defensive game and Nowitzki’s size in itself makes him have an effect. And if both are clicking on offense enough, they can afford to be poor defensively, especially in situations where the opposing front court isn’t as daunting.

Dirk would be a tremendous piece and the Cavs should definitely sign him if he is willing to come for the veteran minimum ($ 1.5 million), but they should think long and hard about using their precious Taxpayer Mid-Level Exception ($3.5 million) to sign Dirk. Cleveland needs to use that to address more pressing issues on the wing, especially when free agents like Arron Afflalo are available. 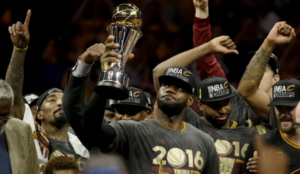