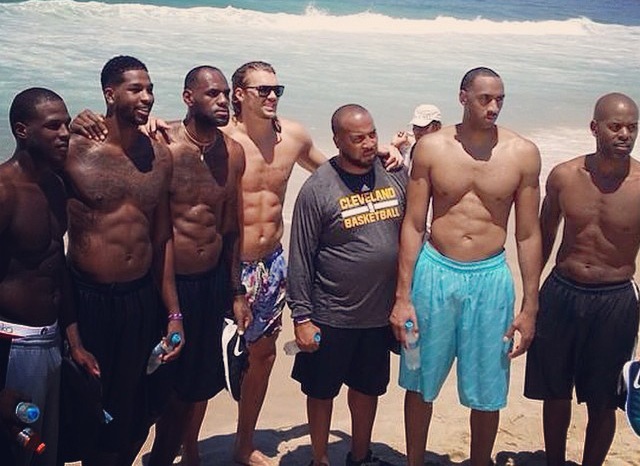 Multiple reports have surfaced that Cavaliers guard Dion Waiters, who was going to come off the bench for the first time this season, skipped the National Anthem Wednesday night at the Utah Jazz for religious reasons. The main report from the Northeast Ohio Media Group (NEOMG) claims that Waiters’ being Muslim was the reason he wasn’t out with his teammates during the anthem.

Waiters has refuted the reports, calling them nonsense via Twitter:

Lol I wasn't going to even say anything about the situation but whoever made that up about me & the national anthem is a damn lie….

With the arrival of LeBron James and Kevin Love to Cleveland, the Cavaliers have been the center of media attention and scrutiny the past couple of weeks, especially after a tough start to the new season. Often times players simply need to use the restroom or forgot something in the locker room, so it wouldn’t be surprising if that is the case here.

{adinserter 2} Nonetheless, the media will try and frustrate the Cavaliers players and coaches, just as they did with Miami in an attempt to create more news, more entertainment, more views to their respective sites, and to possibly create a rift among them.
Earlier in the week following the loss to the Portland Trailblazers, ESPN reported that Kyrie Irving and LeBron James were in a heated exchange about how the offense is being run. When asked about it Friday night before their matchup against the Nuggets, James and Irving both seems confused and clueless as to where this came from, with LeBron even getting a little frustrated as to why a false report like that would be made. That is what the media lives for, and they will stop at nothing to try and create for entertainment to put out. This seems to be a similar case as there seems to be nothing to it.

Waiters further tweeted about the report of his skipping the Nation’s Anthem due to religious reasons.

I can't believe yall believe everything yall hear smh I guess ppl listen to anything now a days!!! I love everything about America!!!!!!!

I'm not here to entertain nobody but come on now I'm always out there for the national anthem if they gone write BS make sure it's correct.

JUST IN: 5 Ways the Cavs Can Get to Championship-Level Basketball
Related TopicsDion Waiters