Conspiracy theory: who gains the most with Kyrie Irving trade rumors? 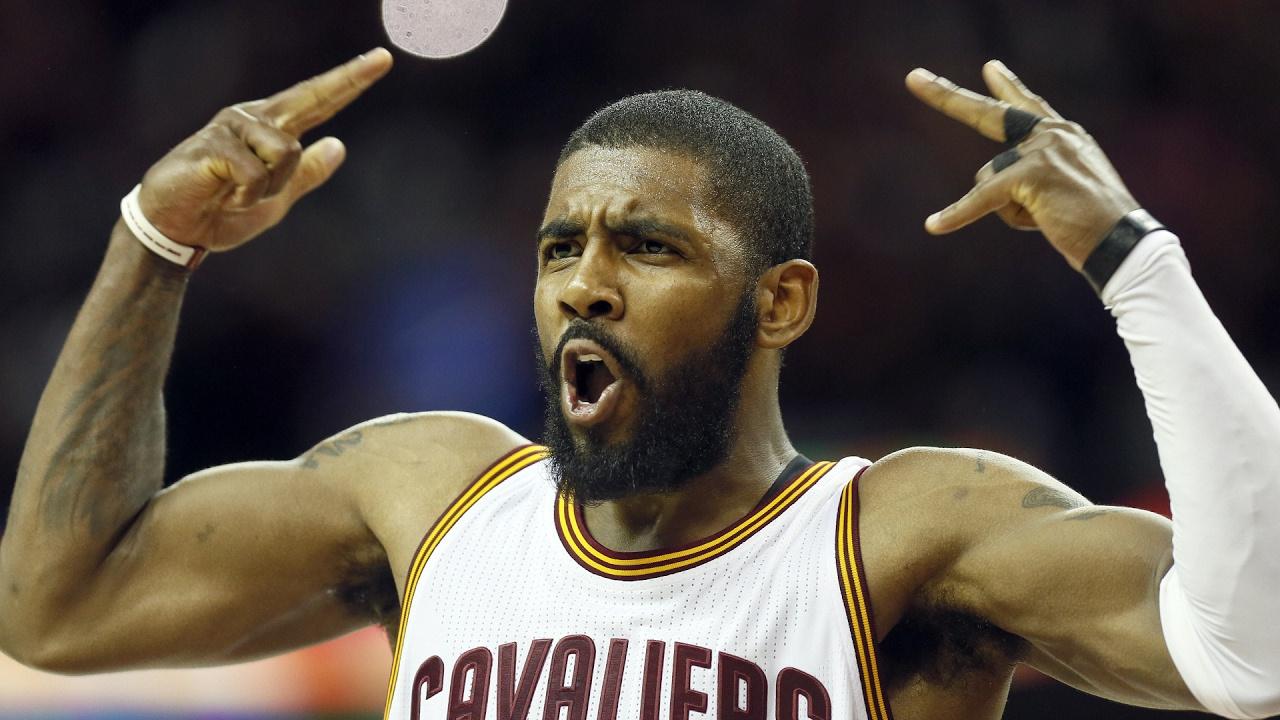 Before today’s perplexing news, most NBA fans would assert that the Kyrie Irving–Cleveland Cavalier marriage has been a happy one. After drafting Irving 1st overall in the NBA draft, Irving has commandeered the Cavs to three NBA final appearances and the first championship in the history of the franchise. Irving has been a focal point throughout his tenure with Cleveland, boasting a career 28.8% usage rate which has remained fairly constant in the three years with and without LeBron James (30.8 last year, good for top 10 in the league).

What’s going on behind the scenes, away from the smoke and mirrors? Why the sudden hostility? What is life?

A lot of theories boil down to who would have the most to gain from these rumors. If it were Irving spreading the rumors, it would light a fire under Cavs owner Dan Gilbert to make this free agency more eventful. If it was the Cavs’ front office, the incentive to cause widespread panic would be to get teams to call and discover what they’re willing to offer before negotiating. Since the closest thing a source has revealed is Irving’s agent denying the trade rumors, we really don’t know who spread this public firestorm on Friday morning.

We have already witnessed first-hand how much damage the publicity of Paul George’s discontent did to the Indiana Pacers, as they were forced to gift-wrap him to the OKC Thunder for pennies on the dollar. The Irving news can only harm the Cavs in trade discussions since other teams now know they are under pressure to move him or live with an unhappy player, which is bad for locker room chemistry.

It’s also counter intuitive for the Cavs to have leaked this information since the optimal time to move Irving has already passed now that comparable talents such as George and Jimmy Butler have either changed addresses or re-upped with their incumbent squads (Kyle Lowry). The Cavs, with or without Derrick Rose, are desperately thin at PG with the diminutive Kay Felder and the corpse of Jose Calderon playing backup, thereby making it absolutely essential they also acquire a competent ball handler in return for Irving which further restricts their trade options. This news is downright awful for the Cavs and there is no way they are leaking this information to gauge trade interest.

This news is also quite harmful to Irving’s brand. He comes across as quite selfish and unreasonable by demanding expansion of a role that some fans could argue is already too high.  It appears Irving is having issues with not being the best player on the team, but it is hard to imagine his demands being met with any of the four teams he listed as attractive destinations.  Would he really be the man in Minnesota with Karl Anthony-Towns, Butler and the 148 million dollar man Wiggins already in town? In San Antonio, his preference would die in the soul box of Gregg Popovich, instead of being fueled. Miami has Hassan Whiteside, so it’s unclear if he’d assume an alpha role there. Sure, Irving would run New York, especially if Carmelo moves on; but it’s hard to imagine that team in the playoffs, and Porzingis is always going to be taking shots away from Irving. Ultimately, the only teams on his wish list that made the playoffs compete out West and the bigger markets like Miami and New York will struggle to make the playoffs in the East.

Of course, it makes little sense for this story to have been fabricated by the Cavs or Irving’s camp, which leaves only one reasonable conclusion: Irving truly is dissatisfied with his role in the Cavs hierarchy and cares more about being an alpha than winning championships.  Either way, the Cavs find themselves in a difficult position, although fortunately for them Irving still has two years left on his current deal.