Did LeBron James Invite Mo Williams To Play With Him? 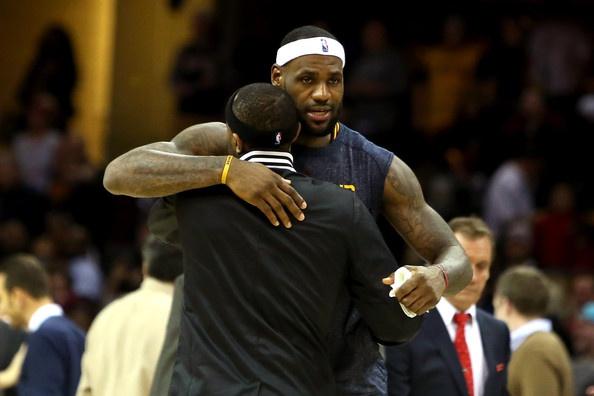 Last year, the Cleveland Cavaliers were reportedly trying to trade for Mo Williams prior to the trade deadline to get one more scoring machine off the bench. Unfortunately, they didn’t have the necessary assets to make a deal happen, and both Williams and the Cavs continued their own ways.

While the Cavs may have tried to get Williams back after trading him in 2010, a report surfaced that LeBron James tried to recruit Williams in a game last season. According to Robbie Hummel, James came by the Minnesota Timberwolves bench in a Cavs home game last season and talked to Williams.

“LeBron comes by the bench and goes ‘Mo you want to play with me next year? You know I run the team, I’m the coach and GM.’’ Next season, Mo Williams is on the Cavaliers.”

Now, before anyone jumps to conclusions, it’s worth noting that LeBron and Mo Williams have always had a sort of joking relationship, and that is all being reported from a two-year player on the Minnesota Timberwolves. That’s not to discred it him, but James is known to talk to a lot of players on the sidelines and probably invites them to play with him as well.

REPORT: Tristan Thompson Will Not Accept Any Offer Less Than Max Contract

Why Mo Williams Role Is More Important Now Than Ever Before

Seven months later, Mo Williams and the Cavs agreed to a two-year deal with the guard, and the signing becomes even more important with news that Kyrie Irving may be out until Christmas or even January. Whether or not James did invite Williams, all that matters is bringing a championship to Cleveland.