Despite What The Numbers Say, Stanley Johnson Believes He Is Inside LeBron James’ Head 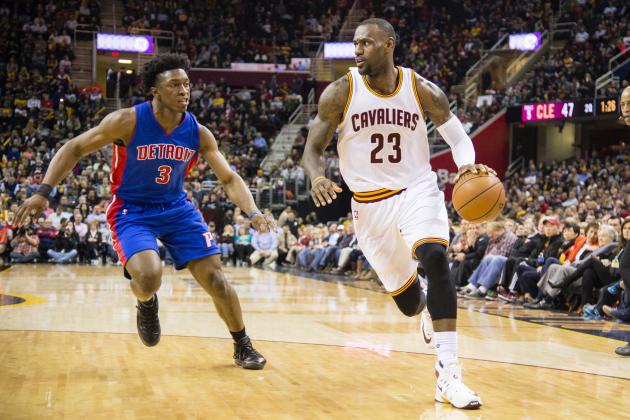 What is with the Detroit Pistons and their “Stans”? In two games, which they both lost, coach Stan Van Gundy and rookie Stanley Johnson haven’t missed a beat as far as their “talk game” is concerned. In Johnson’s case, he has consistently made LeBron James the topic of his postgame rants.

After the Cleveland Cavaliers’ historic Game 2 performance, routing the Pistons, the 19-year old rookie went on a tirade against the Cavaliers – mainly directed towards James. Nick Friedell wrote about this in his recent ESPN report.

“He jabbers. He moves his mouth sometimes. Their whole team does, kind of like their little cheerleaders on the bench. Every time you walk in the right corner. They’re always saying something like they’re playing basketball, like they’re actually in the game. There’s only seven or eight players who play. I don’t see why the other players are talking. They might as well just be in the stands, in my opinion.”

“I wish he would just talk when [the game] is 0-0, not when he’s up 16. I think that’s more — that means something. That means you’re confident in yourself. You believe what you’re about to do. Don’t talk after you made a couple shots. Anybody can do that.”

Pretty sharp choice of words from the rookie to a sure-fire Hall of Famer. James finished the night shooting 12-for-18 from the field for a total of 27 points. Moreover, Johnson hasn’t been doing a good job in term of containing or limiting James’ production.

Whatever Stanley Johnson meant with being inside James’ head, looks like he meant that in the most unique context that is hard to fathom on multiple levels. Maybe the rookie is only looking to boost his confidence, but he is bound to learn soon that it takes more that to contain LeBron James. 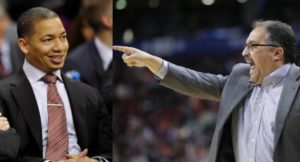