In Defense of Resting Players 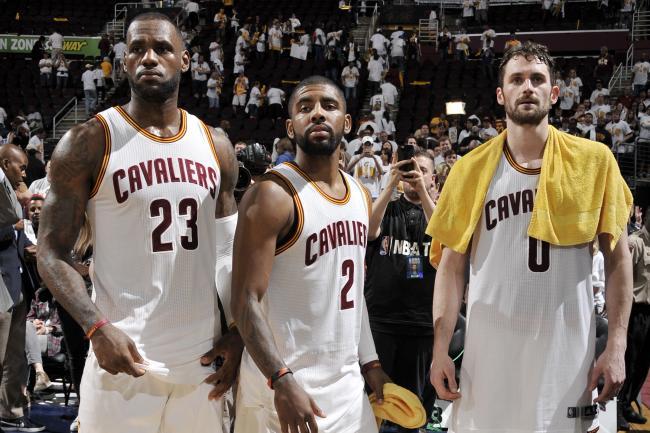 Jeremy Bentham laid out a relatively simple principle in his defining work “Utilitarianism”. The goal of life is to spread the most happiness to the greatest amount of people, through any means necessary. This idea could, and should, be applied to resting NBA Stars. While it may upset some in the moment, resting NBA stars is good for both the league, the players, and even the fans because in the case of playing time, less can actually be more.
One of the reasons resting is so controversial is its relative youth as an idea in basketball. A common retort of those attacking players such as LeBron, Gasol, Duncan and others for their time off for “rest” was that you never saw superstars like Bird or Johnson take a night off because they were tired. The idea was brought in by legendary coach Gregg Popovich early in his tenure as Spurs head coach, and to this day is still actively employed by both him and other coaches around the league. This resting, however, is not only permissible, but should be encouraged. With risk of looking like the odd man out, I’m going to provide three defenses for resting superstars, one with the players in mind, one with the league in mind, and most importantly one with the fans in mind. Without further ado:

For the Player:
The simple fact of the matter is that resting prevents unnecessary injuries. For every Larry Bird, Magic Johnson, Wilt Chamberlin, there are countless forgotten names of injured players whose injuries didn’t stem from a freak accident, but from overworking or physical exhaustion. Players have every right to sit out of a game if they feel it’s advantageous to them, and the coaching staff agrees. As entertainers, sure, the league should be allowed to impose some sort of punitive measures, such as a fine, but they currently don’t, making it a lucrative option for players that need to be protected for the playoff run. The results of this sort of resting and limited minutes are already tangible. During his time as a player, Kareem Abdul Jabbar was seen as an outlier for playing real minutes up until he was 44. In the current NBA, 39 year old Vince Carter is currently putting up almost ten points and four rebounds a game. Jason Terry also 39 is playing 17 minutes a game. Andre Robertson was 40 when he retired earlier this year. The CBA just changed their age limit for five year contracts from 36 to 38. However resting stretches beyond just the immediate well-being of players. For players, resting, and the outcry it receives paves the way for change in the NBA.

For the League:
There’s a pattern in the games players rest. Almost always, a purely rest game will come in one of three scenarios: On the second game of a back to back, at some point during a four games in five days stretch or towards the end of the season before playoffs. Each one of these resting points indicates a problem in the league. Back to Backs are not healthy, and two back to backs on one day’s rest are especially not so. These individuals playing basketball might be at the peak of physical conditioning, but even they suffer to an extent from fatigue. Working on low rest over and over again leads to the eventual outcome of sloppy errors. By the end of these trips, it isn’t uncommon to the unrested team to throw a completely winnable game due to poor play. Additionally, however, these games are also dangerous. Players play reckless when tired. Lower awareness can lead to injury. Resting during these games, and the upset fans response, brings attention to the fact that the season may be too condensed. Similarly resting at the end of the season, while more acceptable, draws a similar conclusion. The top and bottom teams are both set in their ways. Top teams simply start preparing for playoffs, taking their last games with little concern, while bottom teams choose to sit their best players in hopes of getting a top pick in the draft lottery. In both cases, the fault isn’t on the players, but on the system that the league has developed. Resting players at this point shows a lack of competition at the end of seasons, and could push for a more player healthy system, or shorter season as a result.
Regardless of what system is implemented, or for which players the resting most benefits, in the end, the NBA is an entertainment venue, and because so, the most important part of the decisions are how to impress the fans. Wins might be important, but in the end, resting too plays a part in the overall experience for the NBA fan base.

For the Fans:
Obviously, everyone wants more basketball. But what every NBA fan wants more than just more basketball is more great basketball. When I go to my NBA League pass, and think “which game should I watch tonight” my first thought isn’t going to be “Oh boy, Memphis and Dallas are both rolling out D-League squads because of injury, lets watch the Clown Fiesta!” No. I want to watch a dual between Russell Westbrook and James Harden, I want to watch Kyrie and Lowry shoot the lights out against each other. So yes when a player sits it might be irritating to fans that came to see said player, but in exchange for them sitting once or twice, they’ve lowered their threshold for injury, allowing them to play more games in the season instead of risking an unnecessary injury. They can play their next game at a higher level, and that sacrificing a game or two throughout the season might just be the key to playing the other 80 games. Even those players (such as Tristan Thompson) who haven’t missed a game in their career still see large amounts of rest from time to time, being pulled after the first foul or timeout. This isn’t a slight against the fans, but a respect for all of the fans in the league, not just those at one game. An injured player won’t see the court for an extended period of time, taking away their ability to impress fans for far longer than a single outing. An injured superstar? That could hurt a team’s playoff chances, their overall performance, and discourage fans of the franchise. Superstars resting is a 127 hours scenario, cutting off the arm (in this case sitting out a game) to save the person (to guarantee appearances in more games).
I’m not saying that you shouldn’t be upset if your favorite player doesn’t see the court at the game you went to see, that’s upsetting and I sympathize with you. That being said, vilifying players, coaches and athletic trainers for a decision you knew virtually nothing about, instead of blaming league schedulers or the players association for not stepping in is just as counterproductive, if not more, than saying nothing at all.