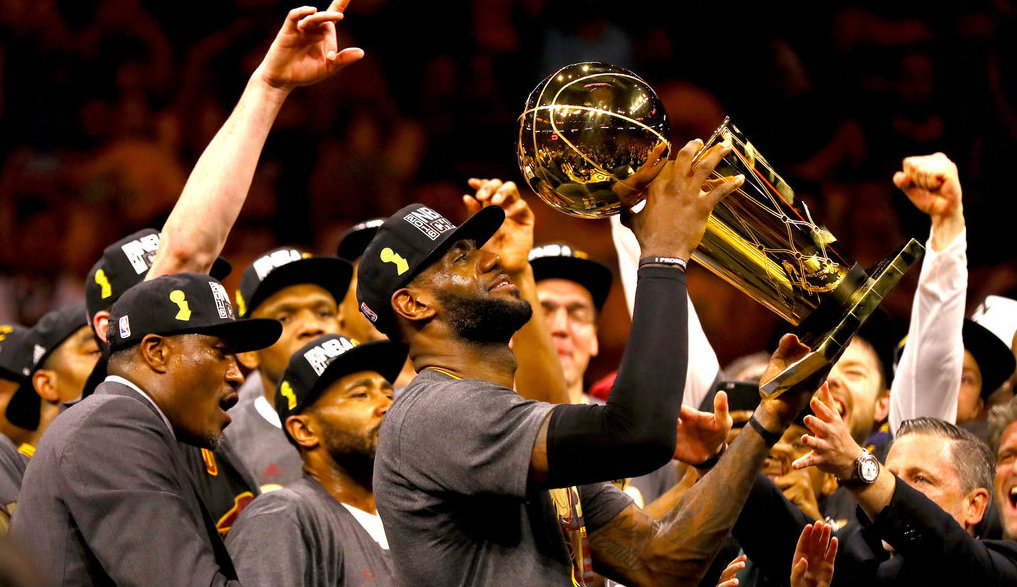 Fresh off their first championship seemingly in generations, the Cleveland Cavaliers will embark upon a difficult journey to repeat as NBA Champions. Last season, Cleveland rallied from a 3-1 series deficit to stun the Golden State Warriors in the NBA Finals, as well as prevent The Dubs from pulling off a repeat title feat of their own. Credit the clutch shooting of Kyrie Irving and overall dominant play by LeBron James for bringing home the championship. This season’s schedule is loaded with thrilling matchups against top Western Conference foes, as well as key encounters opposite improving Eastern Conference challengers. An overview of Cleveland’s Top 5 games is presented below, using information provided by TicketIQ.

The Cavaliers will kick off their 2016-17 campaign, not to mention title defense, with a home game against the retooled New York Knicks. Before the game tips off, the Cavaliers will lift their first championship banner into the rafters. Expect a lot of emotion to be shown by both the players and fans. After the pre-game festivities, the game becomes all business for LeBron James and Co. New York has modified its roster by bringing in Derrick Rose and Joakim Noah, and are being considered a rising contender in the East. Unsurprisingly, this is one of Cleveland’s most expensive games of the season, with Knicks vs. Cavaliers tickets starting as high as $224, but fans can at least save money on their Quicken Loans Arena parking by going through ParkWhiz.com.

After an October meeting in Cleveland, these two teams will face off at the world’s most famous arena, Madison Square Garden. LeBron James normally saves his best performances for the Knicks, so expect a big effort in this game, as evident in his career numbers when squaring off with New York. In fact, James has averaged 27.4 points, 7.0 rebounds, and 6.8 assists against the Knicks throughout his career. In addition, the Cavaliers superstar has a handful of triple doubles in his experience playing at MSG. On TicketIQ, Cavaliers vs. Knicks tickets start at $210.

A rematch of the last two NBA FInals will take place on Christmas Day when Golden State travels to Cleveland. Last season, Golden State hosted Cleveland on Christmas Day and prevailed, 89-83, so Cleveland will look to return the favor at home this year against their newfound nemesis. Plus, this could once again be a championship preview, with both teams entering the new campaign as the conference favorites. Given the nature of this rivalry, expect a raucous crowd at The Q, as well as ticket prices to probably increase in the coming weeks and months.

After a Christmas showdown in Cleveland, the Cavs will travel to Oracle Arena a few weeks later for another meeting with their NBA Finals opponent of the past two seasons. Cleveland won Games 5 and 7 of the NBA FInals at Oracle Arena, so unlike every other team in the league, they could be gaining somewhat of a sense of comfort when playing at Oracle on the road despite Golden State’s historically good record there over the past few years. On the flip side, Golden State will be motivated to avenge last season’s NBA Finals collapse. This game sports the highest get-in ticket price of any Cavs game on the schedule.

Cleveland will finish a difficult 10-day span of games in San Antonio in late-March. Whenever these two teams play, it’s always an enthralling matchup, and the same should be no different for this late-season showdown. San Antonio added Pau Gasol in free agency to give this team even more depth and ball movement on offense, and will certainly be hungry after seeing their remarkable year last season come to an end prematurely in the second round. With the get-in ticket price registering at $135, this is one of the best values on Cleveland’s slate. 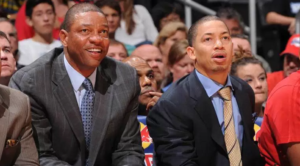 JUST IN: Tyronn Lue used and old Doc Rivers trick to motivate the Cavs to win Game 6 and 7
Related TopicsCavaliersKnicksSpursWarriors