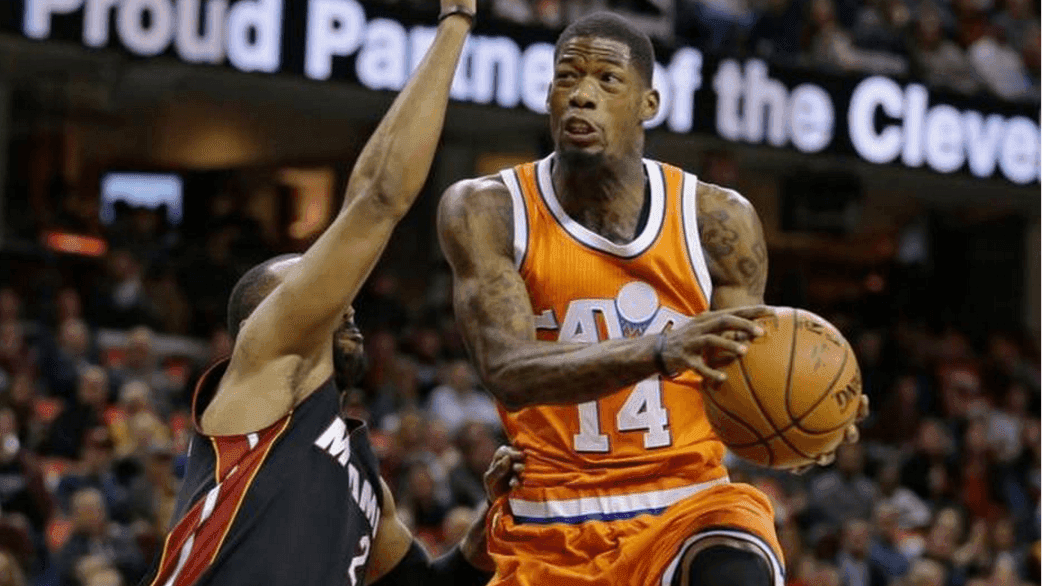 The name DeAndre Liggins probably wasn’t known to many Cavs fans coming into this season, but he’s working his way to becoming a household name amongst Cavs faithful. Liggins fought his way through training camp to earn a spot on the World Champion Cavaliers roster, his last NBA opportunity coming to an end with the Oklahoma City Thunder in September of 2013.

“Liggs” has not only worked his way onto the Cavs roster, but worked his way into Coach Lue’s starting lineup on three occasions this season. Liggins started the game against the New York Knicks on December 7th in what turned out to be a dark day for the young man. He had spoken to his close cousin Bruce the night before the game, just like every other game he plays, only to wake up on game day to a text message from his Aunt with the news that Bruce had been shot and killed. Dave McMenamin spoke to the former Kentucky Wildcat a few days after:

“When I woke up, I received a text from my auntie saying that he died. But I don’t have no full details yet about what really happened. I know he got set up. But I don’t know the full details of it, other than he was shot.”

“That’s one of my favorite cousins. His name was Bruce, but we called him “L.A.” He was 27 and I’m 28. So it was just crazy. Me and him talked every day, on a daily basis. Just after the Toronto game [on Monday], he called me, we talked. It was like, the next morning, get up for the Knicks shootaround and he’s gone. So, it’s crazy.”

Much was made of the Cavs and their in-game bottle flip challenge happening on the bench during the blowout win in New York, but you may have also noticed the camera pan over a clearly distraught Liggins. ‘Liggs’ could be seen staring off into the distance, clearly in a deep thought, and he would later take to his Instagram page to lay a tribute for his late cousin.

The 28-year-old Chicago native has been a true professional through a terrible time, starting in three out of the four games since that terrible text message. ESPN’s Dave McMenamin also took the opportunity to ask Liggins what it was like to experience the recent success with the Cavs while still in the grieving process:

“Right now it’s just a lot of hidden emotions. I haven’t really [processed it]. For me, it’s like, I can’t believe it. A person like that can be gone that quick. We talked every day. He’d always give me an assessment before the game, tell me what to do after the game. Talk, text, FaceTime, all of that.”

Through such a trying time, myself and the entire of CavsNation would like to wish our deepest condolences to DeAndre Liggins and his family.