David Griffin Opens Up About Tristan Thompson and Cavs Roster 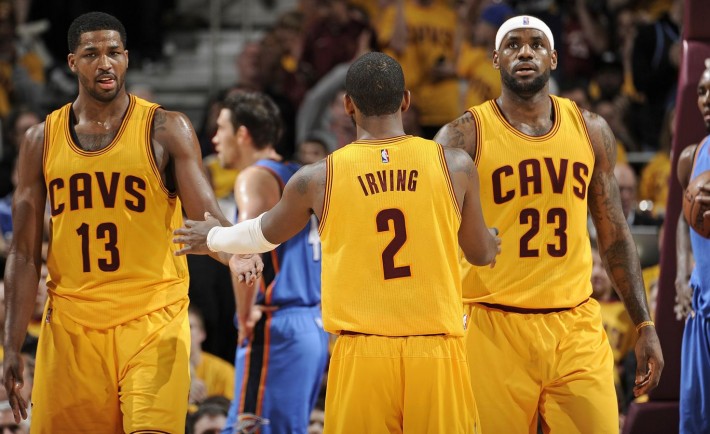 David Griffin has been a very busy man since July 1. From trying to re-sign their free agents to figuring out what to do with Brendan Haywood and his valuable contract, Griffin probably hasn’t had much time off during the day. Jason Lloyd of the Akron Beacon Journal spoke with Griffin regarding the Cavs busy offseason., starting with the delayed re-signing of Tristan Thompson.

Griff on signing Tristan: "I hope so. I don’t know about relatively soon, but I hope so … I think we’ll wind up getting something done."

Although Thompson hasn’t re-signed yet, Griffin and the Cavs seem confident that both sides will work something out. According to Chris Broussard, almost no team wants to sign Thompson to an offer sheet because they know the Cavs will match, so it’s just a matter of figuring the numbers out.

Aside from Thompson though, Griffin is also reportedly looking to trade for a small forward to back LeBron James up.

James was the only small forward to play major minutes in the playoffs as Iman Shumpert and J.R. Smith played shooting guard and small forward while LeBron James played the power forward position. Joe Johnson has played small forward in the past, but he’s reportedly off the market after the Nets waived Deron Williams.

Whatever the Cavs do with Haywood, it will surely be in their best interests as David Griffin seemingly hasn’t done a single thing wrong since taking over the GM position last year.

Griffin also touched some of the injured Cavs, saying that he expects Kyrie Irving, Kevin Love, and Anderson Varejao to be ready for Cavs training camp in late September.

Griff confident Kyrie Irving, Varejao & Love will be ready for start of training camp. Irving rehabbing in Miami (his agent lives there)