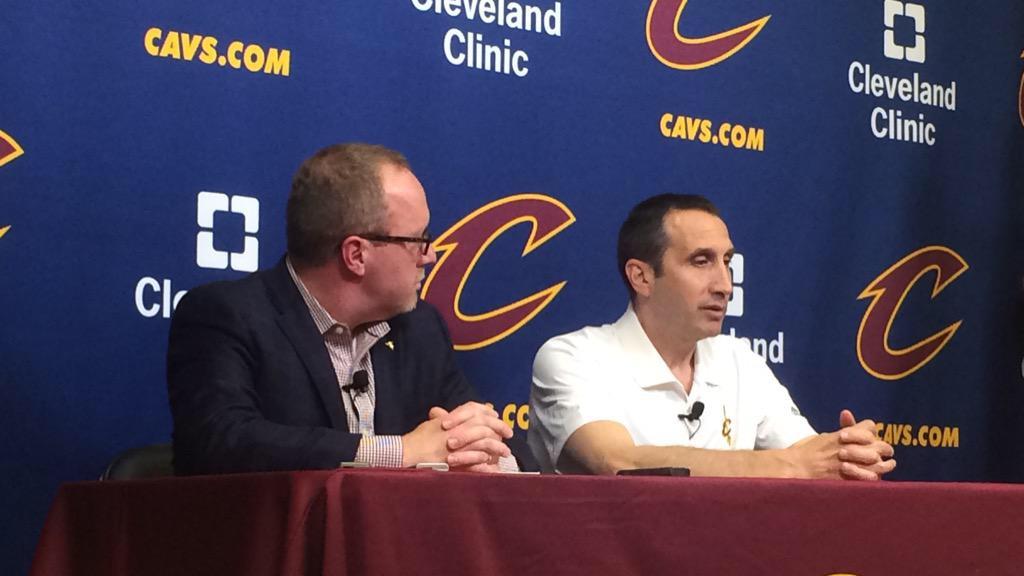 The NBA season may be over, but that means the big free agency summer of 2015 is set to begin. Teams have already made some trades to acquire room to sign a free agent, but many others are still looking to score big.

The Cleveland Cavaliers season ending in heartbreaking defeat as they fell to the Golden State Warriors in the NBA Finals. During Thursday’s exit interviews, Head Coach David Blatt and General Manager David Griffin touched on the Cavs long and successful season that saw the highest of highs and the lowest of lows.

RELATED: 10 Things To Look Forward To This Summer

Griffin and the Cavs have already put the Finals behind them, and are gearing up for a huge offseason. Tristan Thompson, Kevin Love, and LeBron James can be unrestricted free agents, and Iman Shumpert, Matthew Dellavedova, and J.R. Smith will also have to be dealt with.

During the exit interviews, Griffin touched on some of the free agency topics:

#Cavs GM David Griffin: I expect both LeBron James & Kevin Love to opt out of their contracts. I also expect both of them back. #CavsRadio

Griffin assumes LeBron and Love will become free agents, no reason to believe any of those players won't want to come back

The Cavs will have a big summer ahead of them, and have no reason not to bring everybody back for another run at a championship.