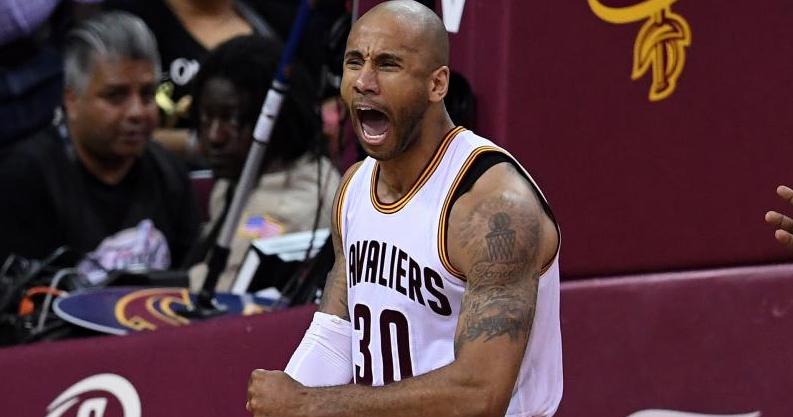 Yesterday afternoon, Cleveland Cavaliers GM David Griffin announced that Dahntay Jones, a player most fans of the team will remember from his integral role in last season’s championship run, had been officially inked to a deal.

Jones isn’t just a versatile basketball player, he is also an honest human being; he isn’t afraid to speak his mind. If you’re slacking on defense or taking ill-advised shots, Jones will let you know. You might think his teammates would get annoyed by such a brash voice, but it’s just the opposite. Jones is well-liked and well-respected. His veteran presence in the locker room was one of the main reasons Griffin made the decision to bring him back.

“I think what Dahntay is is the voice we needed in the locker room,” Griffin said prior to Wednesday’s loss to the Toronto Raptors. “My fault. I think we underestimated the amount that really mattered. He was a big part of what we did in the playoffs because there was never any slippage. No matter who you are Dahntay is going to make it clear that you’re not holding up your end of the bargain. We missed that.”

While it’s true that Jones hasn’t played professional basketball in months, he wasn’t just sitting around all of that time. Jones played three times a week to stay in shape. Griffin said that he could probably run longer than anyone on the team aside from Tristan Thompson.

“Dahntay keeps himself in elite condition, which is one thing that’s really meaningful, he’s always in good shape,” Griffin said of Jones’ conditioning. “He’s certainly not in basketball game-shape, it would be disingenuous to say that.”

Jones, 36, was ready (and waiting) for his next chance in the NBA. The 6’6″ swingman says he prepared for this opportunity every single day.

“I prepared every day like tomorrow was the day I was going to a team,” Jones said. “I was in a more fortunate position than most players who don’t get a chance to play a lot. I had opportunities to actually play rather than just workout and do what some guys do when they are at the end of the bench or not getting consistent minutes.”

“I have a lot of great friends in this locker room and guys I care about,” Jones said. “Stayed in contact with basically everyone from last year’s team. Those guys would lean on me for different situations at times throughout the season and I was there for them.”

Coach Lue says Jones will bring toughness, physicality, and “a little nasty” to the Cavaliers. That little bit of nasty was on full display during last year’s Eastern Conference Finals, when Jones took a swing at then-Toronto Raptors big man Bismack Biyombo.

Jones considers this opportunity a blessing and says he is ready to do whatever is needed of him.

“I always felt I could help out in some capacity and now I get the opportunity to do so,” Jones said in closing. “I’m prepared to do whatever’s necessary to help these guys win a championship.” 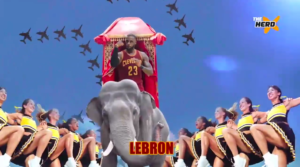