David Griffin Deserves An “A” For His Offseason Work 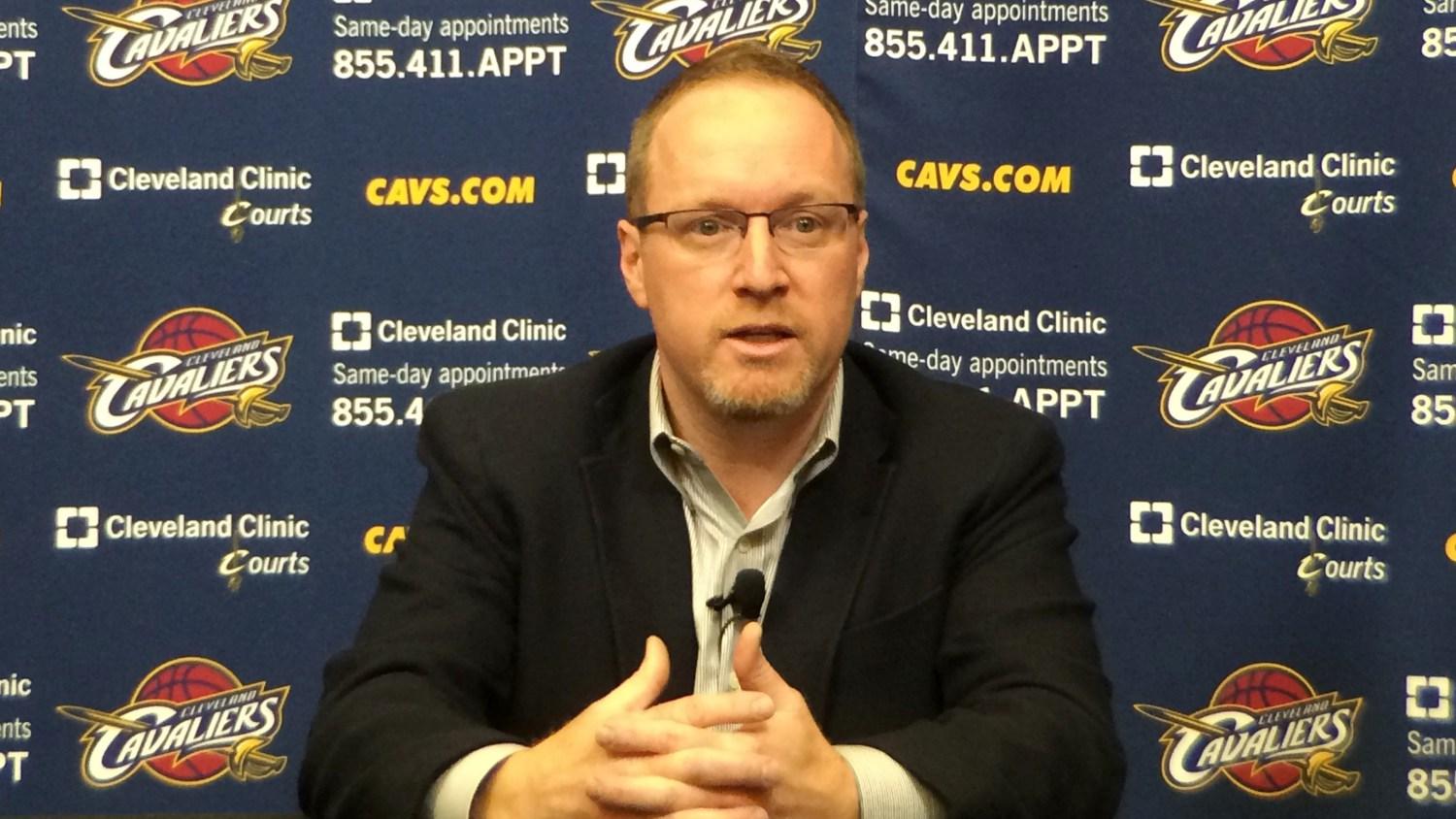 The Cleveland Cavaliers, after being hailed as the odds-on favorite to win in June, were welcomed by a pressure-packed offseason. Half of their Eastern Conference championship core were free agents. Days of convincing and sleepless nights involving salary cap management awaited the front office.

It was a tall order. The best player, best rebounder, best wing defender, the two best three-point shooters, and two of the team’s best energy guys were all with uncertain futures in Cleveland. The team’s payroll also projected to swell really bad.

The responsibility of keeping the team intact, at the least, belongs to General Manager David Griffin. That guy, whom by appearance alone should be doing something more low profile than assembling a group of millionaire athletes in the hopes of ending decades of drought for a title-hungry city, was robbed off the Executive of the Year award from the previous season but that no longer matters.

What he’s done so far merits another early nod as the frontrunner for the top executive plum. Add to that, David Griffin is already due some major appreciation from Cavalier fans for his silent racking of offseason wins.

When it was being rumored that Kevin Love was supposed to meet with other teams, news broke out that he’s already agreed to extend with the Cavs. When Iman Shumpert was supposed to be far off from a deal, lo and behold, he re-upped with the team. When LeBron James was reported to be waiting on Tristan Thompson, the former then re-committed his ties with Northeast Ohio. Other than those three starters, Matthew Dellavedova, James Jones, and J.R. Smith all found their way back to Ohio.

Griffin also constructed ways to improve the team’s depth by adding one solid player each at the backcourt, wing, and down low. Mo Williams, Richard Jefferson, and Sasha Kaun are all expected to contribute to the Cavs’ cause when the season goes underway.

The best part? None of the players mentioned above were overpaid.

The draft was also a satisfactory event for the Cavaliers. The team entered the night with no expectations but they still managed to stash a promising player in Cedi Osman back in Europe. When he’s already ripe for the picking, Osman will figure to be a very solid backup to Kyrie Irving with his height and court savvy.

Griffin displayed great patience when it came to the contract of Brendan Haywood. He could have used it on another highly priced acquisition but, instead, transformed it into a huge trade exception. That trade exception will be very valuable come midseason in case anything goes against the masterplan.

Along with dealing Haywood, Mike Miller was also shipped for a smaller trade exception. This was met with some questions as people kept on referencing to the time when Miami let go of Miller to save money which obviously didn’t sit well with then-Heat LeBron James. It was a bold move for Griffin but a very reasonable one.

The only item that’s left on his preseason checklist is re-signing Tristan Thompson. This process has drawn out but Thompson’s camp can be blamed largely for this fiasco. David Griffin’s patience and creativity will be put to an acid test in order to secure a fair deal for both sides.

With all his efforts that are coupled with results, Griffin deserves a grade of “A” and that’s still without judgement on the Tristan Thompson situation.

The players will go all out when the season starts but before they get a chance to transform their collective labor into a nice hardware in June, it’s best to remember that their unassuming but hardworking General Manager played a great role in putting the pieces together in place.

When that bottle of champagne pops, the confetti fall, the crowd cheers, and the players take the spotlight, expect the man they call “Griff” to stealthily walk towards the corner with a sly smile of contentment because he did his job.