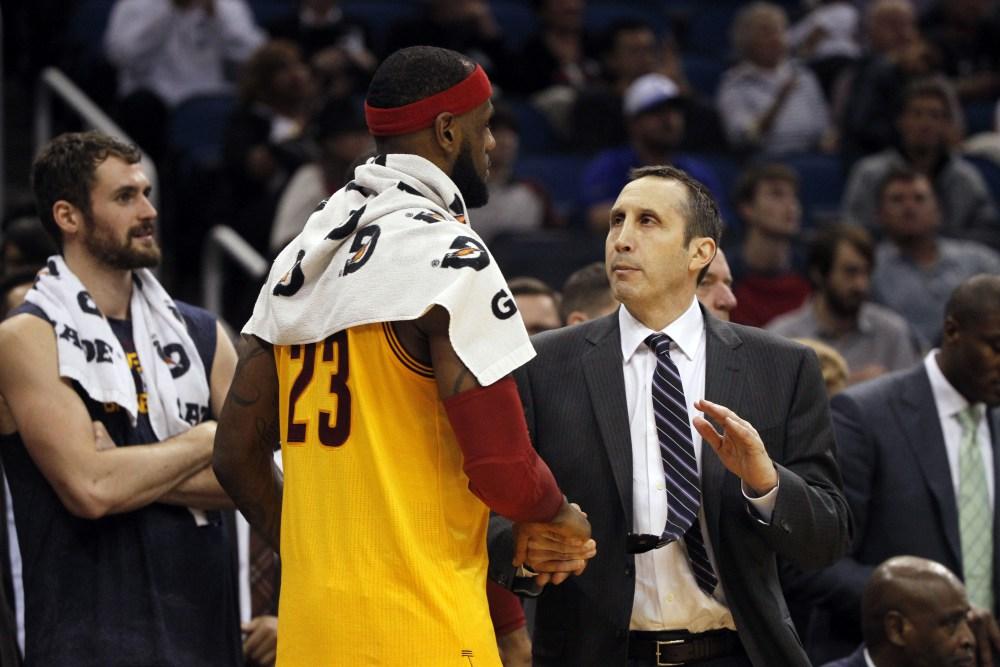 Before facing the Los Angeles Lakers on Thursday night, Cavs players were supposed to practice Wednesday afternoon at UCLA’s Pauley Pavilion basketball gym. The players left their Beverly Hills hotel under the impression that they’d be at practice shortly. Instead of being a quick six-minute ride, the bus stopped in front of a Hollywood bowling establishment about 20 minutes later.

In an unexpected move, Head Coach David Blatt had seen the toll the long road trip as well as the consecutive losses had on his team, and decided to change the pregame flow up a little by taking the players out bowling. Kevin Love had this to say on the Cavs surprising team bonding:

“I think it was a surprise for most guys. It just helped so much. We all needed a break from it all.”

“Bowling didn’t seem to affect too many people’s jump-shots. This man J.R. Smith was throwing a six-pound ball around. Those events are fun. We were able to go out there and bowl, eat bad food, and enjoy ourselves. It had us loose for the game.”

That chance to loosen up before the game allowed the Cavs to go in with a renewed sense of focus on the task at hand. Although it wasn’t very pretty against a lowly Lakers squad, the Cavaliers won 109-102 to end the losing streak at six games. Kyrie Irving discussed his team’s state on and off the court after putting up 22 points in the victory against the Lakers:

“I was happy. One thing that’s never seen on camera and I consistently say it, this is the closest team that I’ve been on. We always have fun whether we’re getting ready for a game or a practice or we go bowling, it’s a team activity that we just personally enjoy.”

“We enjoy being around one another and that’s the way it’s supposed to be. Obviously there are things we’ve got to fix out there on the court, but relationship-wise, we couldn’t be any better.”

Although they lost Kevin Love mid-way through the fourth quarter and eventually for the following game against the neighboring Clippers, Cleveland found a way to win yet again by defeating LA’s other team 126-121 without Love. The whole team stepped up both games led by LeBron James and Kyrie Irving.

Mike Miller spoke about the offense he called genius in the summer prior to the game against the Clippers, saying, “It takes time. When you have a new offense that everyone is not familiar with and players are in and out with injuries, it’s going to take time. We weren’t great offensively in Miami our first year either. Just because his philosophies aren’t showing up on the stat sheets right now doesn’t mean they’re not genius. I still think they’re really good.”

Friday’s game was a good example of the offense starting to get it together. Everyone was getting involved as the ball was being moved around very well. And when it came down to it, James and Irving executed down the stretch to seal the game for the Cavs.

For the first time in a couple weeks, loose was finally something the Cavaliers could feel, even if it was just a little. After losing six games in a row and nine of 10 overall on top of all the tremendous amount of pressure that comes with the coaching rumors, Cavs players and their coach seemed tense and uptight as they went through their toughest stretch of the season.

Cleveland is back home having won two straight games and now have two days off for the first time since having December 13th and 14th off, which they followed up with a victory over the Charlotte Hornets.

Although it is a small sample size, David Blatt and the Cavaliers are on the right track following their back-to-back wins in Los Angeles. They’ll face their division rival Chicago Bulls on Monday night, where they’ll try and extend their winning streak to three games.