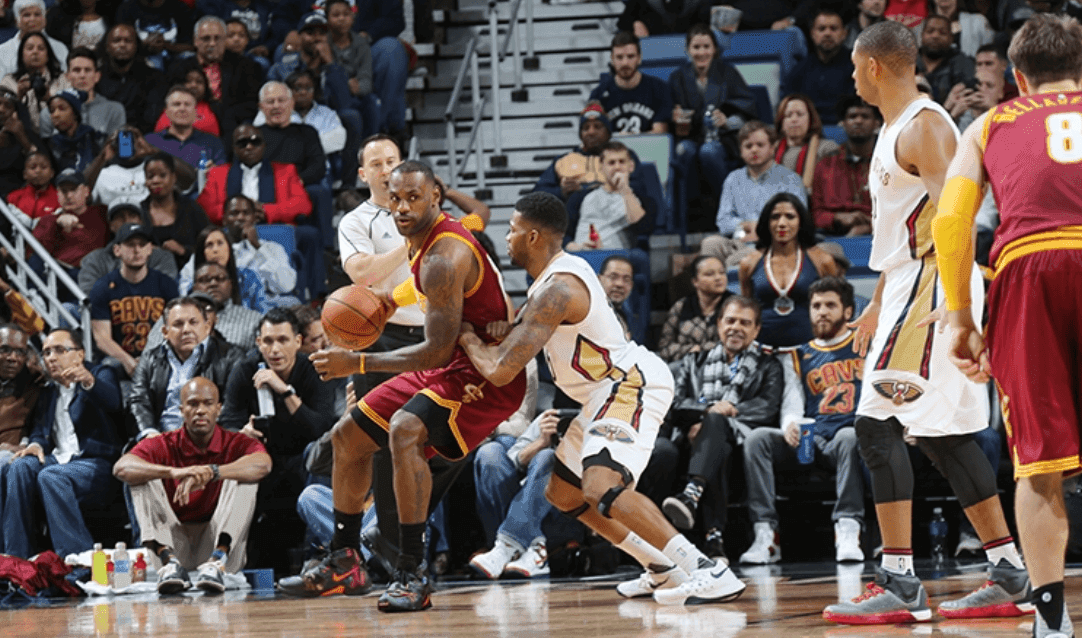 Unfortunately, it wasn’t enough as the Pelicans stormed back to tie and then take the lead for good in the extra session. LeBron scored 23 of the Cavs 28 in the fourth (a Delly three and a Thompson bucket). After the game, David Blatt said the Cavs needed to give LeBron more help. However, James and J.R. Smith mildly refuted those statements.

Blatt said #Cavs have to give LeBron more help. LeBron when asked about taking over in 4Q: "Who else was going to do it?"

J.R. Smith laughed when told Blatt thinks LeBron needs more help. "I mean, I had 15 in the first. I don't know what else you want me to do"

LeBron, when asked directly about Blatt's "help" remark, said #Cavs were 1 defensive stop from a win and left it at that

J.R. Smith had 15 points in the first quarter, but scored just three points on six shots in the next 41 minutes of the game. Smith must have not heard Blatt mention the fourth, because Blatt It was a terrible stretch where the Cavs stood around and watched LeBron go to work. Austin Carr talked about it here best, mentioning that the Cavs only had four second-half assists in New Orleans.

LeBron talked about the Cavs defensive breakdowns and the inability to play a full 48 minute game:

Kevin Love talked about LeBron needing help and being ready to help him score as well as play defense.