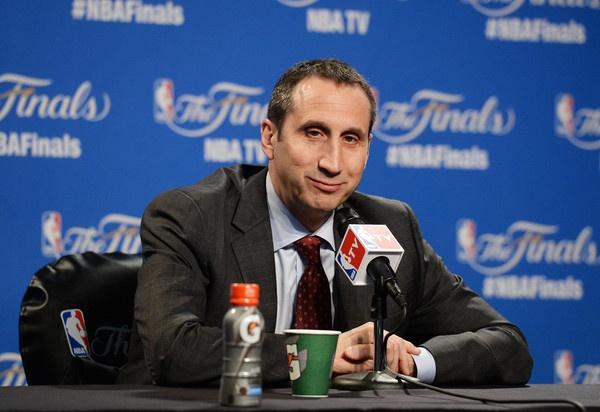 In 1987, Pat Riley made an audacious proclamation during the Los Angeles Lakers’ victory celebration. He guaranteed that his team will repeat as champions, and they did. Fast forward to 2015 and another NBA coach displayed the same air of confidence in public.

David Blatt was in attendance at a business conference in Israel when he dished out a couple of statements that reverberated from one continent to another. The first one was about the team’s chances going into next season.

It was a brazen, but at the same time, very realistic prediction.

Free agency is only a few days old and teams are beginning to add in marquee players to their fold while there are still some big names that have yet to decide on their destination. These decisions could arguably tilt the balance of power in the league. However, the Cavaliers seem to be on the right track in retaining the core of the team that held the NBA’s best regular season record since January 5th. General Manager David Griffin already has two wins to his belt with the re-signing of Kevin Love and Iman Shumpert. The rest of the Cavalier crew are yet to return but once they do, they will easily be the early season favorites.

The other statement made by Blatt was about a royal icon and a holy figure.

.@IAmDPick tells @BullandFox David Blatt compared LeBron to Moses in terms of what he means to Cleveland and the #Cavs fan base

We can make a lot of things out of this one but there’s no denying that LeBron James saved the franchise when he returned. Both Blatt and James are intelligent individuals and their oncourt relationship that has been picked upon by the national media is expected to blossom in year two which only bodes well for the team as they make their way to the promised land.