David Blatt and LeBron James on Play Calling: “He Has The Right To Call Plays” 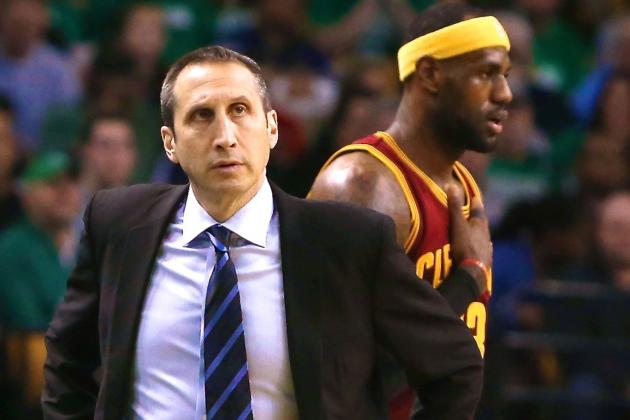 On Tuesday, ESPN’s Brian Windhorst said that LeBron James was doing a lot of play-calling on the court and during timeouts instead of head coach David Blatt.

Despite those numerous reports that it’s a problem, James says the Cavs have given him the freedom to call plays on the court, something that Blatt says shouldn’t be seen as anything different.

“I don’t think that’s peculiar,” Blatt said after Cavs practice Wednesday. “When the game is going on and you are in the heat of the battle at times, you can’t get a message through or you don’t want to stop the flow, so a guy may [call the play on his own].

This whole “issue” started when Windhorst, who did an ESPN podcast interview with Bill Simmons on “The B.S. Report,” talked about James’ increased role with the Cavs and how he’s doing so much more of the play-calling while Blatt simply relays those plays to the rest of the team.

The Cavs have stopped running the Princeton offense of David Blatt back in mid-November, where James opted to start playing the point guard, saying “I can do it on my own … I’m past those days where I have to ask.”

“Well, we have a package,” James said. “If I see something, I have the right to call plays. Kyrie does as well. We kind of do that play calling. Coach Blatt does the play calling obviously throughout the game in timeouts, but it’s great to be able to have some type of freedom out there with Kyrie to be able to call sets that we feel best suit our team.”

Blatt, who won the Eastern Conference Coach of the Month award on Tuesday, says he encourages James to assume play-calling responsibilities.

“Yeah, especially when it works,” Blatt quipped. “No, but I mean, again, it can happen and it’s not an all-the-time thing, but it certainly can happen.”

James knows his experience has helped his teams in the past and can still help now.

“It’s just I have a feel for the game,” James said. “I know what helps our team and we got great minds. Our coaching staff are great. I thank them that they allow me to give some input on what I think we should do at times, but ultimately it’s their call. So, it’s great to be able to just get different sides of the game with some of the great minds that we have.”

For Cavs fans, it doesn’t matter who’s calling the plays, as long as everyone is getting along and it gets them into the rare June portion of basketball. 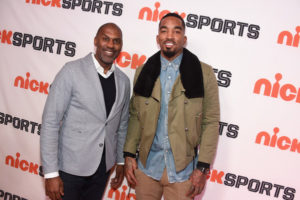