Yesterday morning, police and neighborhood patrol units responded to a report that LeBron James‘ Los Angeles-area home had been vandalized.

According to TMZ, the perpetrator spray-painted a racial slur on the outermost gate of the property, which has since been covered up. Now, police and detectives are investigating the crime, asking neighboring residences for any security footage they might have in hopes of catching the culprit.

The story instantly caught fire. Several celebrities have since chimed in with their opinion of the crime, including “Guardians of the Galaxy” star Dave Bautista. In fact, Bautista, a rather large man, became so enraged upon hearing the news that he had to take a deep breath to calm his emotions.

“I have no tolerance for that,” Bautista said with a stern voice. “I have no tolerance for bigotry and racism. I feel for (LeBron). I don’t know if there’s anything you can say. Unless you catch the people who did it, you can’t say anything. Like, scum of the Earth people do something like that. It’s literally making me mad thinking about it.”

During yesterday’s NBA Finals media availabilty, James, known to be outspoken in support of civil rights, responded to the hate crime with a powerful message of his own. 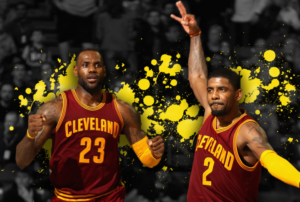