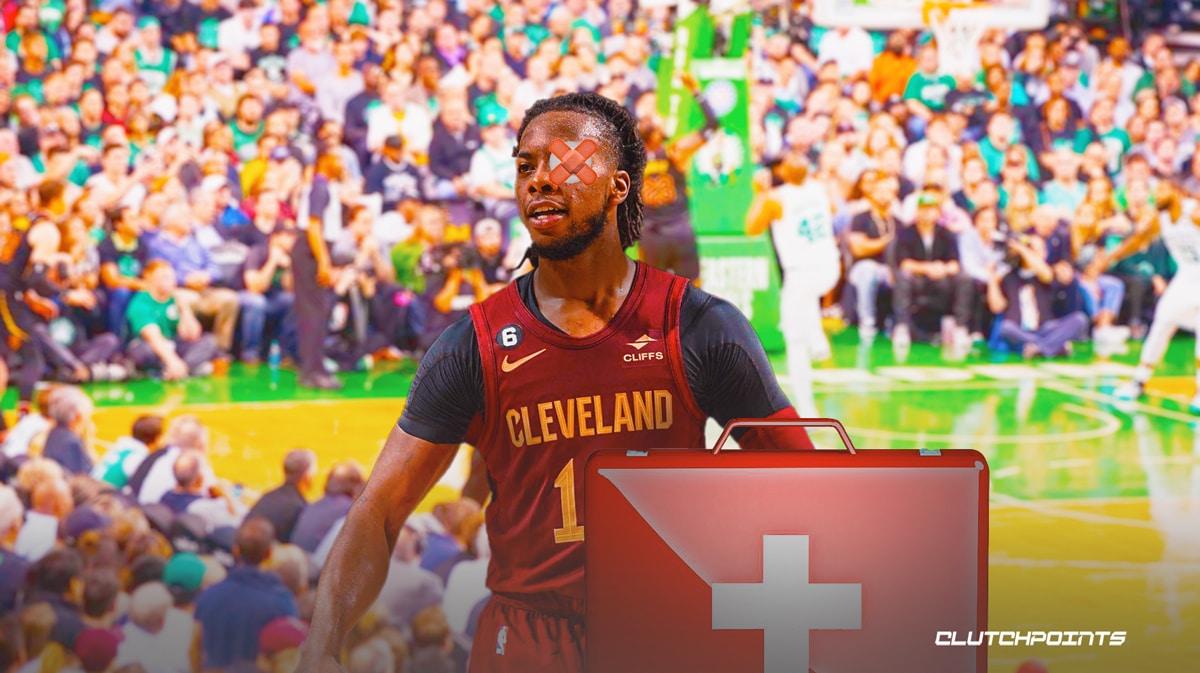 The new-look Cleveland Cavaliers could be back at full-strength for an early-season litmus test of where they stand in the Eastern Conference. According to Chris Fedor of Cleveland.com, Darius Garland is targeting a return to the lineup on Friday against the Boston Celtics after sustaining a laceration to his left eyelid in Cleveland’s season-opener.

The All-Star floor general should be back on the floor later next weekend if he’s unable to play against the reigning Eastern Conference champions.

Cleveland Cavaliers All-Star guard Darius Garland, who did not play in Saturday night’s game against the Chicago Bulls because of a left eyelid laceration, is targeting a Friday return, sources tell cleveland.com.

However, a source says his absence could extend into next weekend.

Garland suffered the injury upon colliding with Gary Trent Jr. in the second quarter of Cavaliers’ hard-fought 108-105 loss to the Toronto Raptors on Wednesday. Though his eye was swollen shut after the game, Garland incurred no structural damage and will not require surgery.

A source told Cleveland.com the swelling had somewhat subsided recently and that Garland was able to slightly open his eye for the first time on Saturday.

The Cavaliers are off to a 1-1 start in the team’s most highly anticipated season since LeBron James left Northeast Ohio, manhandling the Chicago Bulls on Saturday night for their first win of 2022-23. Donovan Mitchell, picking up Garland’s slack as a scorer and playmaker, dropped 32 points, nine rebounds and eight assists on 19 shots against Chicago, spearheading a dominant team-wide offensive effort that saw Cleveland shoot 16-of-29 from three, dole out 32 assists and finish with a gaudy 130.6 offensive rating.

Needless to say, points likely won’t come quite so easy against the Celtics whether or not Garland is able to play. The Cavaliers have home games against the Washington Wizards and Orlando Magic before then. If Saturday’s game proves a harbinger, don’t be surprised if Cleveland takes care of business at Rocket Mortgage Field House this week, setting the stage for a highly intriguing matchup at TD Garden on Friday whether Garland play or not.