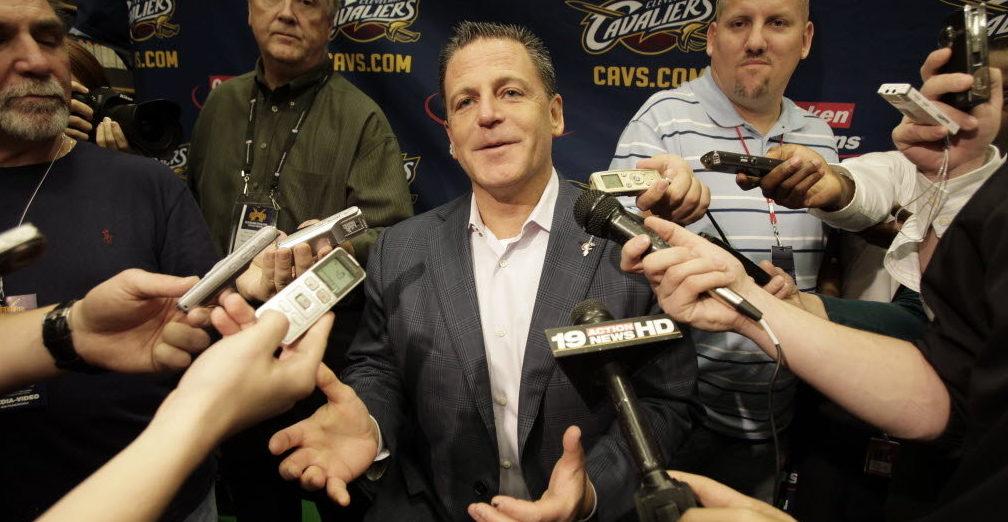 Dan Gilbert is perhaps one of the most recognizable owners in the NBA. Ever since he bought the Cleveland Cavaliers for $375 million ten years ago, he’s had his hand, or face as far as being present in press conferences and draft lotteries go, in almost every major move that the team has made. His passion and business savvy has allowed the team’s market value to swell over the years and it’s now pegged at $900 million while his net worth has ballooned from $800 million in 2005 to $4.7 billion at present.

He has helped the franchise by equipping it with an abundant amount of tools and resources. He has left his pocket open for anything that the Cavaliers need as money is the last thing that will prevent him from making any necessary moves for the team. After the Cavaliers reached the finals in 2007, Gilbert has pushed every button available to ensure that the team will not lose momentum and the damage on his wallet was a staggering $43 million on luxury taxes alone.

He’s never been afraid to absorb big contracts via trade such as those of Wally Szczerbiak, Ben Wallace, Shaquille O’Neal, and Baron Davis to name a few. The Davis trade stands out as it allowed the Cavs to own the rights to the Clippers’ 2011 first rounder, that of which Gilbert pushed to become unprotected, and it turned out to be a pretty good point guard.

This season, the Cavaliers started out having one of the league’s most flexible cap space, $23 million under, with a lot of trade chips at hand. Less than a year after, the team is now $18 million over the cap and all of their young trade assets along with a number of future picks have been let go.

Apart from the financial side of things, it is Dan Gilbert’s passion which fuels him to push for the bigger bucks for the team. Although he has stepped away from the action as of late, Gilbert’s history of being an active part of the management is well documented.

“If you had a 1-to-10 scale of an owner’s involvement [Dallas Mavericks owner] Mark Cuban would be a 10,” said one prominent league agent. “Dan would be a 9.”

Gilbert was also quick to put into context his involvement with team operations.

“I don’t think that’s accurate,” Gilbert said. “The way I look at it is it’s the owner’s job to say yes before you say no. I believe an owner is there to set the philosophy and to establish the culture but you let your guy pull the triggers.”

Another important aspect of Dan Gilbert as an individual is that he is able to man up to his past misjudgements. When the Cavaliers rehired Mike Brown in 2013, he publicly admitted that firing Brown in the first place was a huge mistake – although it can be argued if rehiring him for $20 million dollars was an even bigger blunder.

Perhaps the most important decision that he had to undo recently was directly related to The Decision. As infamous as LeBron James’ TV spectacle in 2010 was Dan Gilbert’s Comic Sans letter which spew fire over the internet but this was ironed out on a private meeting in Miami prior to James’ homecoming.

“First thing I said to him was, ‘LeBron, you know this is true. We had five good years and one bad night. Like a marriage that’s good and then one bad thing happens and you never talk to each other again.

“I told him how sorry I was, expressed regret for how that night went and how I let all the emotion and passion for the situation carry me away. I told him I wish I had never done it, that I wish I could take it back.”

The rest is history.

Dan Gilbert is more than just the author of an infamous Comic Sans letter. He’s not only the majority owner of the NBA’s Cleveland Cavaliers. Above all else that I have pointed out, he is a fan. The Dan Gilbert who wrote that letter, the Dan Gilbert raising his fist coupled with a smile, the Dan Gilbert celebrating with his gang after winning the draft lottery, and the Dan Gilbert who consistently flies over to the Cavs’ home games is the Dan who has endeared himself to a fanbase and he’s graciously taken us in for the ride.

Truly so, Dan’s the man.