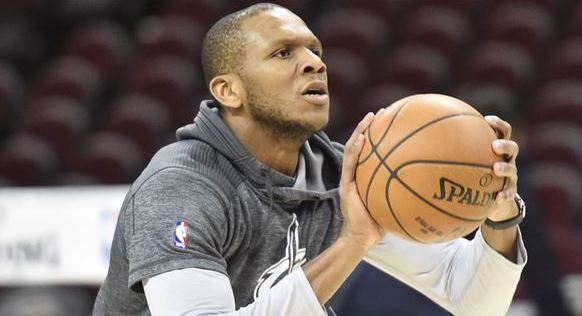 After 14 season played in the NBA, 12 trips to the playoffs, and seven consecutive appearances in the Finals, James Jones has decided to turn in his basketball uniform for a business suit, as he’s agreed to be the new vice president of basketball operations with the Phoenix Suns.

“Champ,” as Jones rightfully came to be known, has one of the smoothest shots the NBA has ever seen. Although he didn’t see much playing time later in his career, opposing sides knew they simply couldn’t leave him open on the perimeter. Whether he had just stepped onto the court — or out of a walk-in freezer, Jones’ shot was always hot.

Over the course of his career in the association, Jones, now 36 years of age, racked up averages of 5.2 points on 40% shooting from beyond the arc and 1.8 rebounds in 15.7 minutes per game for five different teams. In his 48 games played for the Cavaliers last season (two starts), the three-time champion turned in 2.8 points per contest on a career-high 48% from the field (47% from downtown).

Cavaliers team owner Dan Gilbert issued an appreciative message to Jones and his family after word of his new business venture broke yesterday evening. While it’s true that he can be a killer on the court, Jones is also known to be a great teammate — a fact Gilbert was quick to point out.

“Congratulations to James Jones on what has been one of the most successful NBA careers a player can have,” Gilbert wrote in his message to Jones. “Being widely known as one of the best teammates ever is possibly the greatest tribute a player could receive and he has earned that reputation with hard work, incredible consistency, dependability, strong character and trust. He is a champion and role model on the court, in the locker room, in the community and as a mentor and friend to many across the NBA. “Champ” is one of those special people that helps create success wherever they are, in many different ways, with character and brains that are on un-paralleled levels. We wish “Champ,” his wife Destiny and their children, J.D., Jadynn and Jodie, the very best as they move into the next phase of their basketball journey and life in Phoenix. We also thank Champ and Destiny greatly for the positive impact they made as Cavaliers and in the Cleveland community as well.”

Jones’ veteran leadership and calming voice of reason will certainly be missed — maybe most by his long-time friend and teammate, LeBron James. Now, the former three-point shootout competition winner (2010-11) will have the opportunity to flex his basketball I.Q. even further in a front office position.

Join us in thanking Champ and his family for their service and dedication to the city of Cleveland and the Cavaliers. Until we meet again, J.J. May the road rise to meet you and the wind be ever at your back. 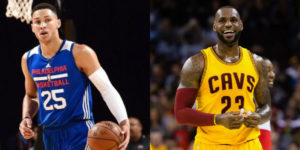