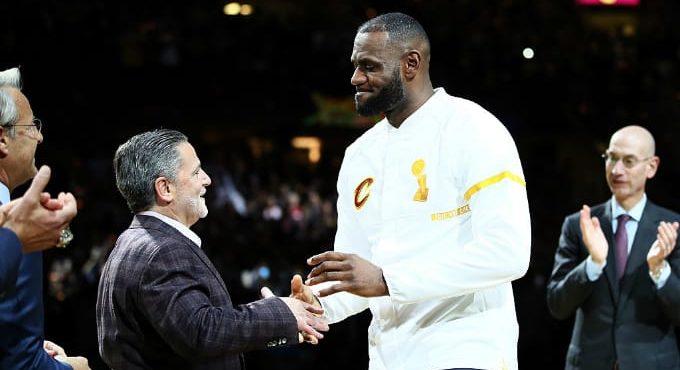 While most of the Cleveland Cavaliers‘ starting rotation is on vacation, some members of the organization are in Las Vegas, Nevada, participating in this year’s NBA Summer League tournament.

As most fans of the team know, the Cavaliers have been without a general manager since David Griffin’s departure shortly after the Finals. Team owner Dan Gilbert then poured all of his focus into acquiring former Detroit Pistons great Chauncey Billups for the vacancy, but after several face-to-face meetings and one counter-offer, the two sides failed to reach an agreement. Since then, Gilbert and assistant GM Koby Altman have been manning the phone lines.

With negotiations between Gilbert and Billups now in the past, there is a popular belief circulating that Altman could be offered a promotion. According to a report from ESPN’s Adrian Wojnarowski, Gilbert and Altman met for dinner on Monday to discuss the future of the Cavs’ front office.

While there has been no report of an official offer, it seems there is a good chance that Altman could be the Cavs’ next GM. Be sure to keep your browsers locked on Cavs Nation for more updates as they become available.