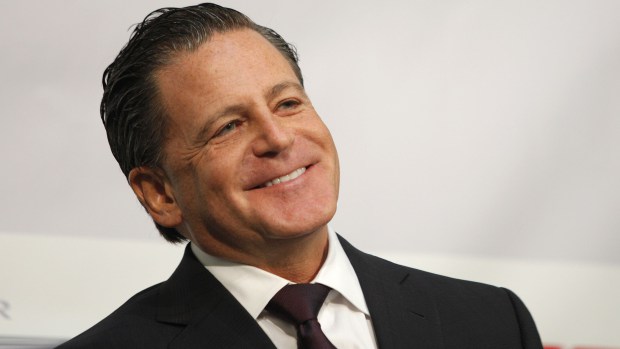 For Cleveland fans the name Dan Gilbert may elicit a lot of emotions. Many fans love his passion and his dedication to build a winning team, some have questioned his “meddling” ways as reported by various media sources, but what cannot be denied is that he is a shrewd businessman. Regardless of the ramifications of his comic sans rant, Gilbert was still able to convince the greatest basketball player in the world to come home. There is no telling how much convincing it took LeBron, but what must be understood is that Dan Gilbert is a very smart businessman. One letter may always tarnish his legacy from a national perspective, but behind that passion is a man who built an empire out of nothing.

It was in the 2005 when Dan Gilbert purchased the Cavaliers for $375 million during LeBron’s second season with Cleveland. The value of the franchise continued to soar, and remain relatively high given Cleveland’s market, however when LeBron left, the Cavaliers value fell down to $355 million, quite a loss on Gilbert’s initial investment, especially when factoring it happened just 5 years after his purchase. Gilbert’s ventures have not been just limited to the basketball court though, in addition to owning the Cavaliers he also owns the Canton Charge of the NBA D-League, Lake Erie Monsters (of the AHL hockey league) and the Cleveland Gladiators (of the AFL), while he also runs and operates The Q, home to all three aforementioned teams.

{adinserter 2} Outside of sports Gilbert owns Fathead, the company that sells life-size wall decals of various athletes and celebrities. It is a pretty successful company and is a big part of Gilbert’s Rock Ventures. Gilbert got his start as a pizza deliveryman; through it he saved enough money to start his own mortgage company. That company grew, expanded online, an eventually turned into Quicken Loans, the largest online home lender in the United States. Most recently Gilbert lobbied state lawmakers and eventually cleared the path for the building and opening of the Horseshoe Casino in Cleveland, the first ever casino in the state of Ohio.

It is clear by following Dan Gilbert’s record from his early days, to successfully bringing Cleveland a casino that he is a man that usually gets his way. Even with all the hysteria surrounding his response to “The Decision,” he was still able to get LeBron to return home; more importantly while still in his prime. If the past were any predictor of the future, it would not be crazy to believe that Dan Gilbert will be hoisting an NBA Championship in the not so distant future, and will do so while seeing a business venture of his boom yet again. Bringing a championship to Cleveland would make him forever beloved in this city, and add yet another victory on his strong business acumen. 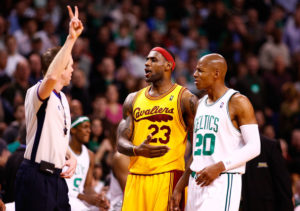 JUST IN: Why Ray Allen May Be The Missing Piece For The Cavs To Win A Championship
Related TopicsCavsDan GilbertFortuneOwner