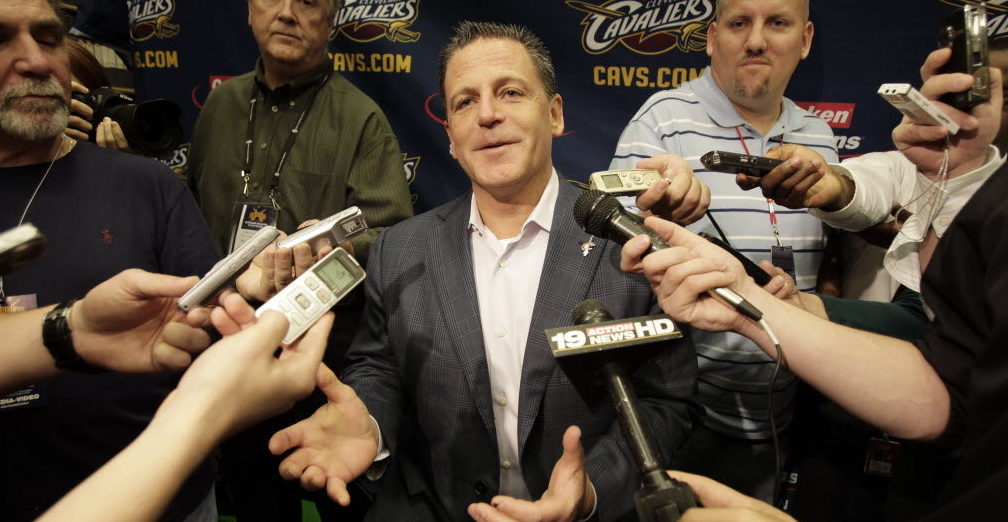 It’s still unsure whether the Golden State Warriors would make the annual White House visit traditionally done by champions of each of the top four major pro leagues, but the owner of the team they just trounced in the recent NBA Finals has beat them to it.

Although the Cleveland Cavaliers failed to take down the Bay Area superteam this June, team owner Dan Gilbert was able to strike a pose with the POTUS along with a different group of champions, the Chicago Cubs.

The Cubs got their tickets to the presidential residence after winning the 2016 World Series, breaking a long-standing 108-year title drought for the North Siders, at the disposal of the the Cavs’ baseball brethren, the Cleveland Indians. As for Gilbert, he wasn’t primarily there for any sports-related reason but rather to fill in Trump with some news on the success the cities of Detroit and Cleveland are having.

Gilbert and Quicken Loans CEO Jay Farner were at the White House to update President Donald J. Trump on “the positive transformations that are taking place in Detroit and Cleveland,” Gilbert said in a statement distributed to reporters. According to a pool report, Trump called to Gilbert to have him stand with the Cubs for pictures.

Seeing an opportunity to gather the different personalities around him, Trump called on Gilbert to come join him and the Cubs for some light bantering and chance to have a group photo taken.

There are better places to find basketball talents, but with Gilbert’s team currently missing a general manager after firing David Griffin, he might have also asked some pointers from from curse-breaker and Cubs president Theo Epstein on how to run the show in Cleveland.

And yes, Trump had a slight mention of LeBron James. 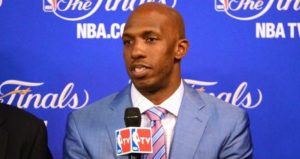