Dan Gilbert, Cavs expect Kyrie Irving to be in uniform for training camp 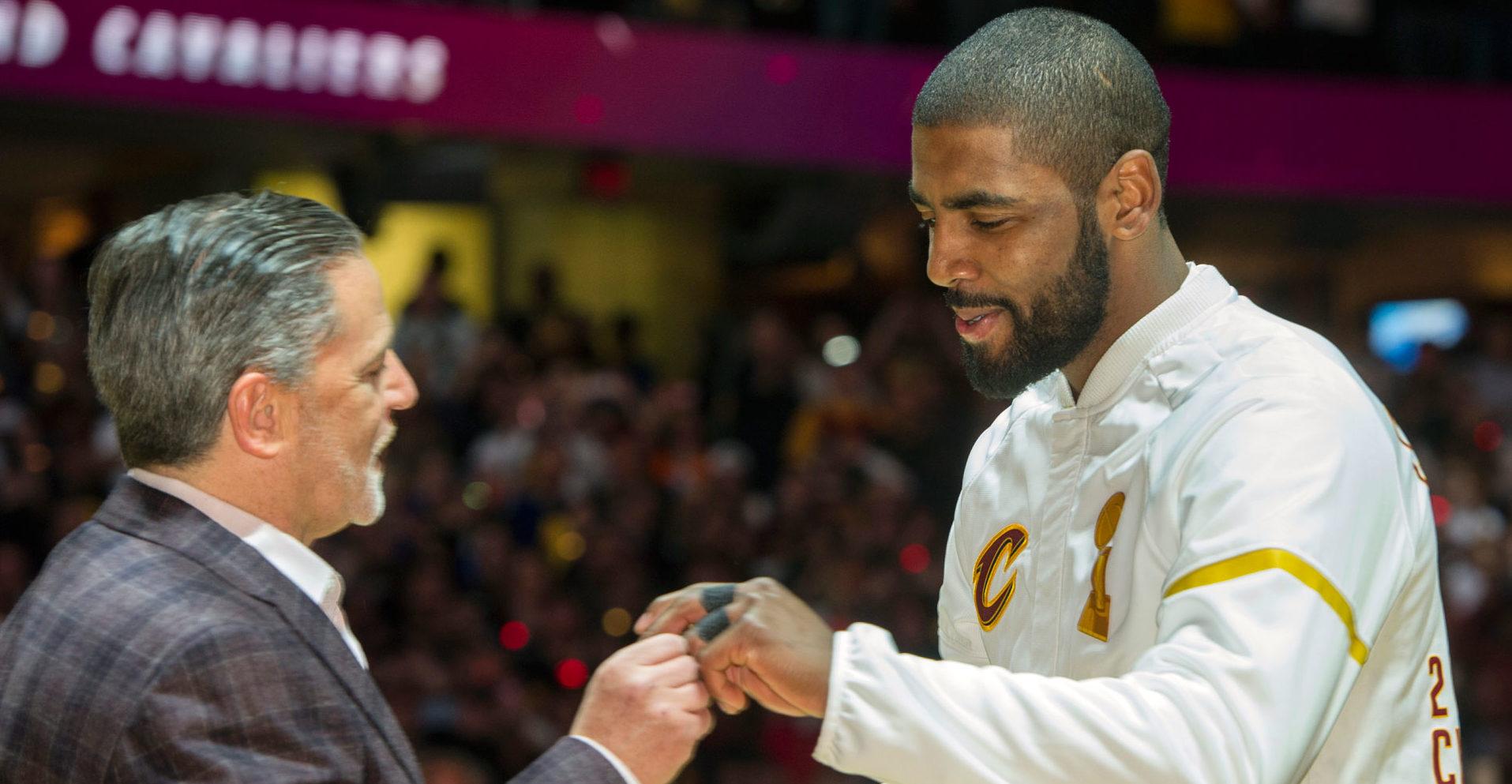 “We’re really excited to keep this thing moving forward,” Altman said of his new role with the Cavaliers during Wednesday’s presser.

Both Gilbert and Altman were asked about a wide variety of topics, including the state of the team and their now-infamous meeting that was held with Kyrie Irving earlier this month — a meeting in which Irving requested a trade. While he dodged most of the questions surrounding Irving’s recent plea, Gilbert did offer one surprising remark.

“Sure. As of now, he’s one of our best players, so we expect him to be in camp,” Gilbert said of Irving.

Joe Vardon of cleveland.com bluntly asked Gilbert what everyone truly wants to know. But again, he deferred.

“Do you intend to trade Kyrie?,” Vardon asked.

“I don’t want to talk about that,” Gilbert replied. “It’s a fluid situation.”

As ESPN’s Brian Windhorst recently reported, the Cavs have three options with regards to the Irving situation.

“Reject Irving’s plea and not trade him, as he has two years (plus an option year) left on his contract; find a package of young players and draft picks in exchange for him; or find a deal for veteran players as they deal with the reality that James can be a free agent after the 2017-18 season.”

For now, it seems hoops fans will just have to wait and see if Gilbert will grant Irving’s wish.