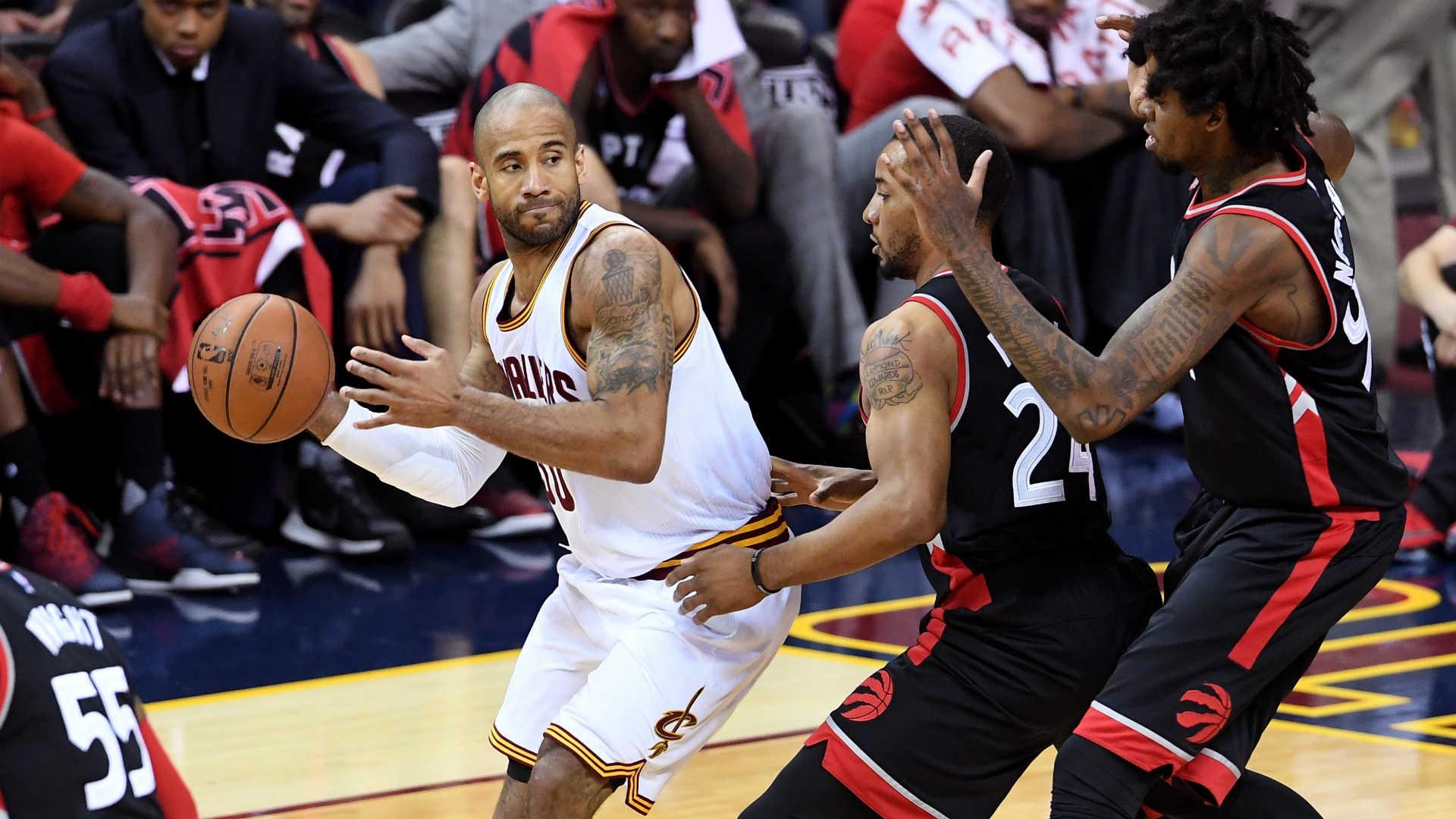 With 18.7 seconds remaining in last night’s Game 1 matchup of the Eastern Conference Semifinals, Cleveland Cavaliers forward and enforcer Dahntay Jones was ejected as a result of two consecutive technical fouls.

With the game well in-hand, Cavs head coach Tyronn Lue elected to give Jones, known to be an enforcer of sorts, some playing time. He recorded just three minutes in the closing phases of the game, but it was the two technicals fouls that people will remember most.

Jones became involved in an on-court argument with Raptors big man Norman Powell after throwing down a dunk. While it was initially unclear what was said in the exchange, Jones told reporters after the game that it “wasn’t that intricate.”

“It really wasn’t that intricate,” Jones told ESPN’s Dave McMenamin. “I don’t know what happened. All I said was, ‘You better not jump,’ and that got me the first tech. And then the second one, Norman walked up on me and said, ‘Don’t you do that s—!’

Jones went on to say that it felt like the referees were watching the proceedings of the game with a keen eye after Powell was involved in an earlier incident with Cavaliers forward Kevin Love — a shot to the groin.

“I think it carried on from what happened with Norman hitting K-Love … and then they saw, I guess, (Iman Shumpert) and me talking to the refs about it,” Jones said. “Shump was a little upset. And it carried on. It just so happened that Norman walked up on me, so I guess they tried to disperse the situation, but those are the things I said. So if that’s worth getting a technical, all right. But if PJ Tucker is going to talk to us the whole game and talk his stuff, then I don’t understand. I really don’t.”

“I think (the refs) were just sensitive to everything, in my opinion. But it wasn’t that intricate to where I was cussing at people. It was very quick.”

The two technical fouls will cost Jones $3,000 each. LeBron James, who covered a fine for Jones during last year’s playoffs, told reporters that he would be covering the expenses this time as well. However, The King also said enough is enough.

“I said I was going to pay the fine before I even knew what it was,” James said with a smile. “It didn’t matter. And I told him tonight, I said, ‘Listen, Dahntay, now enough is enough. Stop getting kicked out against Toronto all the time. I’m going to stop paying your damn fines.’ But yeah, he don’t have to worry about it. He’s good.”