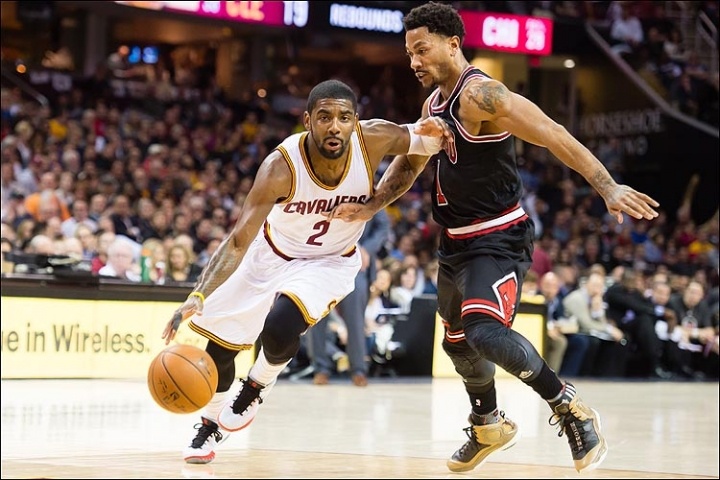 Kyrie Irving is a star in the making thanks to his incredible ball-handling mixed with his ability to score from virtually anywhere on the floor. In addition to that, Irving has already set numerous Cavalier franchise and NBA records, and he’s only 23! We take a look at the top five records he’s set, starting with number 5:

This stat will put smiles on the face of every Cavs fan around the world.
Kyrie Irving was voted to his first NBA All-Star game in 2014, at the tender age of 21 years old. Heck, my brother is 21 years old and still lives at home with my parents, just to put that in perspective.

That was a guy named LeBron James, also of the Cleveland Cavaliers.

Click ‘Next’ to see the fourth greatest record Kyrie Irving has achieved! 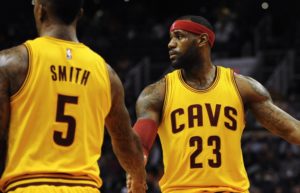 JUST IN: J.R. Smith On LeBron James: “We All Know Who The Real MVP Is”