Could the Cavs trade Kyrie Irving for Goran Dragic and Marc Gasol? 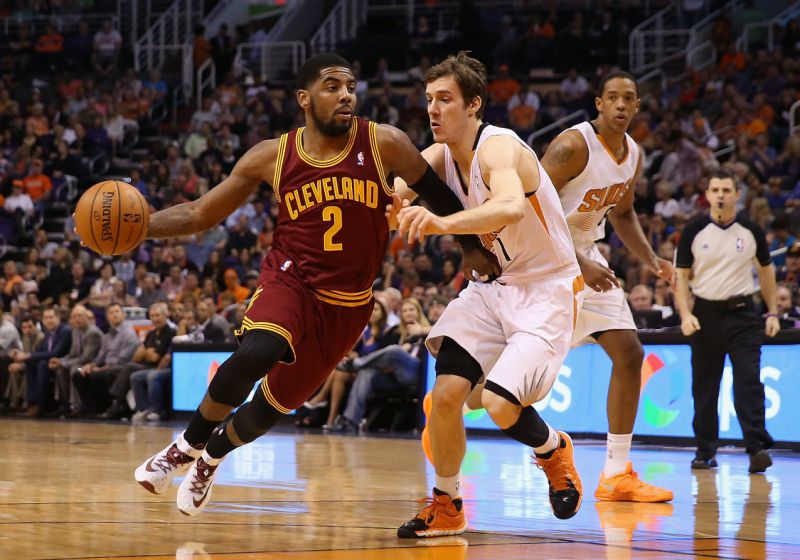 With all of the proposed trades from fans, pundits, and analysts, a straight swap with one team doesn’t appear to be the best scenario for the Cavs. Instead, it seems to be in their best interest to attempt a multiple-team deal, where all teams involved benefit. The Cavs’ targets should be a solid point guard to replace Kyrie Irving, as well as a two-way player who can contribute offensively and defend at a high level. One such scenario is where Cleveland acquires Miami Heat PG Goran Dragic and Memphis Grizzlies’ C Marc Gasol.

Dragic is a 31-year-old veteran PG who has been around the league, playing for three different teams. Defensively, he doesn’t offer much, but on offense, he is one of the most well-rounded guards in the league. Last season, he averaged 20.3 points on 48% shooting, 5.8 assists, 3.8 rebounds, and 1.2 steals, while shooting 41% from three-point range, in 34 minutes per game. Dragic is a very efficient player, and he excels at getting his teammates involved through driving and passing, something the Cavs lack outside of LeBron James and Derrick Rose. Dragic’s ability to shoot the three at a high level would allow the Cavs’ offense to adapt to him without missing a beat.

Marc Gasol is quite possibly the best two-way center in the NBA. In 74 games last season, he averaged 19.5 points on 46% shooting, 6.3 rebounds, 4.6 assists, 1.3 blocks, and 0.9 steals in 34.2 minutes, while shooting an exceptional 39% on three-pointers. Offensively, he provides great interior scoring combined with fantastic passing ability from the post, as well as incredible three-point shooting for a center. With his 84% free-throw percentage, Gasol has no glaring weakness offensively. His ability to shoot from anywhere while facilitating the offense through passing and setting screens, as well as standing 7’1” 255 lbs makes him a weapon few teams can counter. On the defensive side, he provides elite rim protection along with the ability to switch onto guards on the perimeter and play help defense, something that is invaluable from the center position against teams such as Golden State. Gasol’s rebounding numbers appear low for an elite center, but this is because he plays so much help defense that he usually is not in a great position to rebound, instead boxing out other players so his teammates can garner the boards. Since the Cavs would have at least 2 elite rebounders in LeBron James and Kevin Love playing with Gasol, this would be a huge benefit defensively. It also shows how unselfish of a player Gasol is, something that is essential when playing with James.

As the Cavs look for ways to match up better against the Warriors, Gasol could give them the edge they need. The Warriors play Zaza Pachulia, Draymond Green, and JaVale McGee at center depending on the lineup. Pachulia starts for them, and Green plays the 5 for the “lineup of death”. For Pachulia and Green, Gasol is simply too skilled to guard. His shooting ability would also force them to guard Gasol on the perimeter for a good amount of time, negating their rim protection. For Green, Gasol has a significant size advantage, and Green would be unable to guard him effectively. When facing a center such as Dwight Howard or Andre Drummond, the Warriors realize they are at a disadvantage. So their strategy changes to eliminate it; they set screen after screen in order to force the center to switch his defensive assignment from the Warriors’ center onto one of their shooters; Curry, Thompson, or Durant. Once switched, the center is almost helpless because of the speed and quickness despearity. Tristan Thompson is able to switch onto smaller players more effectively than other centers, which is why he is a better matchup against Golden State than someone like DeAndre Jordan.

The Warriors are able to run traditional centers off the floor not only because of the defensive mismatch, but also because of their usual lack of free-throw shooting ability. It’s difficult for the Cavs to play Thompson because of his abysmal 50% rate. Gasol does not fall victim to either of these issues, which is why he is such an intriguing target for Cleveland. Golden State is not accustomed to having to deal with such a versatile player as Gasol, and really are not able to gameplan for him. Gasol would greatly improve both the Cavs’ offense and defense, and give them a huge boost against the Warriors. So how in the world would the Cavs be able to net both Dragic and Gasol in exchange for Irving?

Late last month, it was reported that the Miami Heat had offered Goran Dragic and young SF Justise Winslow as the centerpieces to an Irving deal. Although this was later refuted by the team, it makes sense for both teams. As the Cavaliers are apparently looking for “win-now veterans, young players, and draft picks”, Dragic and Winslow fit the first two descriptions. But the Cavs should be focused on improving the team right now, and doing everything they can to not only have a chance against Golden State in the Finals, but also to be able to keep LeBron James in Cleveland.

As long as Miami is willing to give up Dragic, Winslow, and a young player or two(as they should be), the Cavs should be able to net Gasol from Memphis. The Warriors have breezed through the Western Conference for the past three seasons, with only the Oklahoma City Thunder in 2015-2016 providing any challenge. With the Thunder’s addition of Paul George and Chris Paul joining the Rockets, the Grizzlies will be stuck behind those teams as well as others like New Orleans and Minnesota. With the losses of key veterans such as Tony Allen, Vince Carter, Zach Randolph, and JaMychal Green, combined with the fact that their two best players by far, Mike Conley and Marc Gasol, will be 30 and 33 years old this season respectively, beginning to rebuild would be a wise strategy. Gasol has been the Grizzlies’ heart and soul for years, and the fan perception to trading him would almost certainly be negative, but from a pure basketball standpoint, trading Gasol would be in Memphis’s best interest.

While the Heat don’t have any tradeable first-round picks, they do have some young players that should interest the Grizzlies. The centerpiece would be Winslow. The 10th overall pick in the 2015 draft, Winslow is a 6’7” 225 lb wing player who is already a very good defender. Memphis likes those kinds of players,and Winslow should be especially attractive as he’s just 21 years old. His issue is shooting, as evidenced by his 36% field goal percentage, as well as his 20% on three-pointers. But a 21-year-old SF with great size and athletic ability who plays defense and has a developing offensive game is worth quite a bit to a rebuilding team. Of course, Winslow alone is not worth Gasol. Other players such as young guards Josh Richardson and Tyler Johnson would need to be included, and the Cavs would need to send a center to replace Gasol, so Tristan Thompson would be a Grizzlie.

The Cavs would need to send Iman Shumpert out in order to make salary match. He’s not exactly a positive trade chip, but it shouldn’t be a big issue.

Losing Kyrie Irving will hurt the Cavs. But Cleveland has enough isolation scorers to where Irving’s scoring impact can be covered for. Adding Dragic and Gasol at the expense of Irving would dramatically change the offense while exponentially improving the defense, and would give the Cavs a better chance at beating Golden State and winning another NBA Championship. 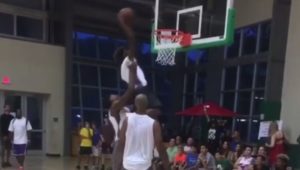