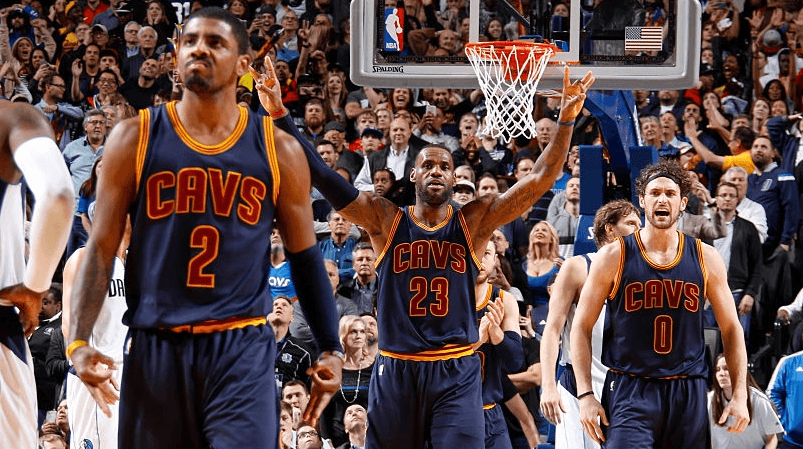 With a win over the Los Angeles Clippers, the Cavs are officially halfway finished with the season at 41 games. With a record of 30-11, Cleveland sits atop the Eastern Conference standings. Barring any injuries or major breakdowns, it appears the Cavs will have home court advantage in the playoffs, which is something they did not have the luxury of last postseason. It didn’t matter too much though, as they were still able to sweep the Hawks in the Eastern Conference Finals. As we wrap up the first half of the season, lets take a look at how this year’s Cavs team match up against last year’s squad 41 games into the season.

It is no secret that the Cavs are a much improved team now compared to a year ago. With some offseason additions, team chemistry built, and a lot of experience gained, it is expected that the team would have better overall statistics this season. Some of the numbers and measures of improvement, however, may be striking. At the 41-game mark last season, the Cavs had a record of 21-20. That puts them almost 10 games back of where they are this season. Although, the Cavs were just starting to hit their stride after making the trades for Iman Shumpert, J.R. Smith, and Timofey Mozgov. The team this year is also much healthier than last season’s. Shumpert was still recovering from a dislocated shoulder and was unable to play immediately after the trade. In addition to that, LeBron James just finished his two-week recovery from late December to mid-January. Last year’s team was shorthanded, but this season the Cavs were without Kyrie Irving for all of November and most of December.

With the surprising firing of head coach David Blatt and promotion of assistant Tyronn Lue to head coach, the Cavs should not see much of a dip in ball movement, scoring, and efficiency. If anything, these numbers should continue to climb as their offense gets fueled by their defense.

After ranking 13th in points allowed, the Cavs are now ranked second in opponents points per game at 95.7 points, behind only the San Antonio Spurs (89.8). With the surprising firing of head coach David Blatt and promotion of assistant Tyronn Lue to head coach, the Cavs should not see too much of a dip in the defensive numbers. After all, Lue was the defensive coach for the Cavs.

The improvement in stats may seem minor, but, the Cavs are also playing with a lot more confidence and seem to be a much closer team this time around. At this time last year, many Cavs fans were panicking and seeking for any type of closure about the team. Now, although they have suffered some tough losses to good teams, Cavs fans can be confident that their team is a title contender and the favorite to represent the East in the Finals. The improvements by the numbers may be small, but this year’s team is in much better shape than last year. 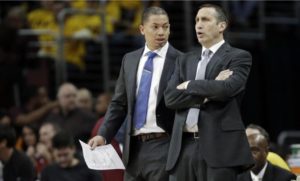