The 2017 NBA All-Star game has been moved out of Charlotte, North Carolina due to the controversy with the new HB2 law and the effects it has had and will continue to have on the people of North Carolina. It was not an easy decision, but Adam Silver’s NBA is making a statement about how they feel about the new law.

The league will now have to decide on a new location, and according to Scott Kushner and Brett Dawson of the Advocate, the NBA is “closing in” on a decision to bring the All-Star game back to New Orleans.

New Orleans Pelicans President Dennis Lauscha publicly expressed the franchise’s desire to bring the game back to the Smoothie King Center during an episode of the Black and Blue Report (the team’s in-house podcast) and said the Pelicans were doing “doing everything we can” to host the event.

It appears that effort is on the precipice of paying off.

The Pelicans are working with the Greater New Orleans Sports Foundation, SMG, and the Convention and Visitors Bureau to make the final push. It’s a cooperative infrastructure that gives New Orleans “a decided advantage over other markets” in its pitch to land the game, Lauscha said.

“It’s a very short time frame,” Lauscha said on the podcast. “I mean, this is going to be on us very quickly, so I know they want to get that decided and we want to know so we can start shifting resources and assets to make this a successful game.”

New Orleans isn’t a 100% lock yet, because one city and team that wants to host the 2017 All-Star Game in the very near future is the Cleveland Cavaliers. Ohio Democratic Congressman Tim Ryan, along with others, sent a letter to Adam Silver expressing their interest in hosting the 2017 All-Star Game. Here’s the letter they got back from the Commissioner. 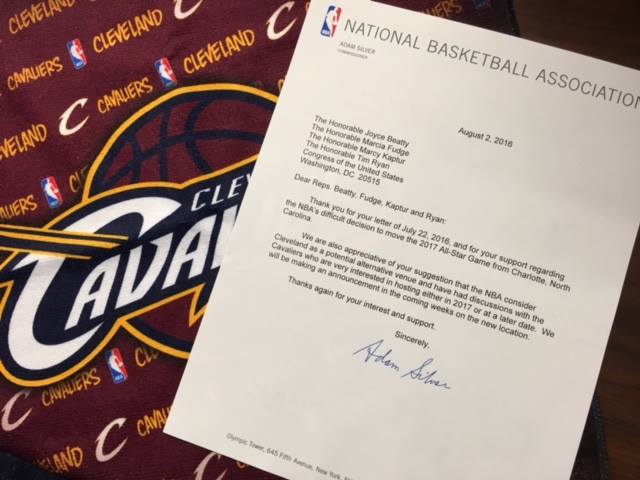 In case the photo isn’t clear, the letter reads:

Thank you for your letter of July 22, 2016, and for your support regarding the NBA’s difficult decision to move the 2017 All-star Game from Charlotte, North Carolina.

We are also appreciative of your suggestion that the NBA consider Cleveland as a potential alternative venue and have had discussions with the Cavaliers who are very interested in hosting either in 2017 or at a later date. We will be making an announcement in the coming weeks on a new location.

Thanks again for your interest and support.

Even if Cleveland isn’t chosen for the 2017 All-Star Game, they will definitely be in Silver’s mind when it comes to the 2018 or 2019 game. The Cavs just won their first NBA Championship, and there would be no better time to host the next All-Star Game. However, it seems like New Orleans is indeed close to locking it up. 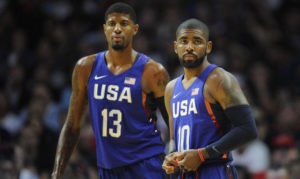