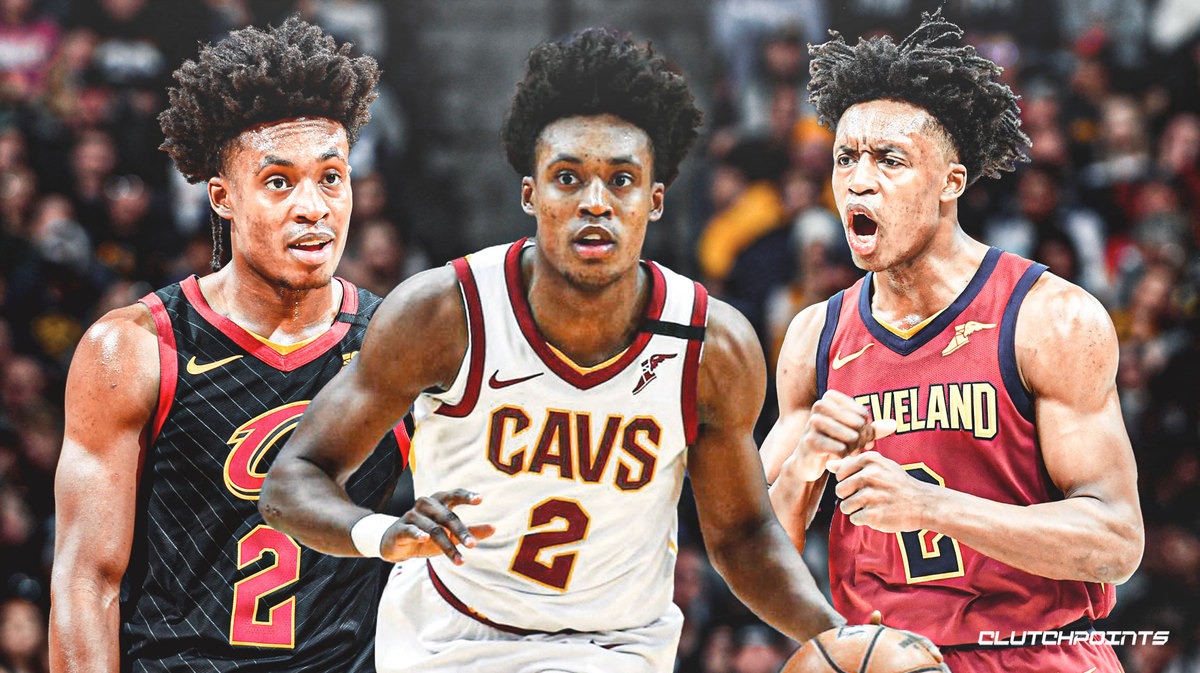 The Cleveland Cavaliers will hold voluntary in-market workouts this month, but their season ended back in March. The 2020-2021 campaign is shrouded in mystery, but we can still look back at the 65 games the team played and see how each player performed. Let’s start with guard Collin Sexton, who made history by joining LeBron James and Kyrie Irving as the only Cavaliers to average 20 points per game prior to turning 22. That’s pretty good company to be in.

Collin Sexton managed to improve in most statistical categories from his rookie season. Here are his basic stats over both years:

Sexton’s 2019-2020 statline was nearly identical to his post-All-Star break run as a rookie. Sexton is far from a perfect player, but the fact that he has shown consistent development through his first two seasons is a very encouraging sign.

Perhaps the biggest improvement that Collin Sexton made last year was an increased efficiency in his shot selection. Looking at his shot charts from 2018-2019 and 2019-2020, it’s clear that this was something he and the coaching staff were focused on changing. His attempts from the 16-foot to less than 3PT range plummeted from 252 to just 74. Of course, this is comparing 82 games to 65, but if we extrapolate the latter number to a full season, we still get just 93. His attempts from within 10 feet also skyrocketed, which is good, and he improved his finishing, going from 57% to 62% on attempts at the rim; however, that leads to a problem, as will be explained later.

Collin Sexton scored 20 or more points in 15 of the Cavs final 19 games, including a career-high 41 in a loss to the Boston Celtics. Over that span, he averaged 24.3 points and 4.3 assists, and shot 51% from the field and 43% from beyond the arc. Hopefully this is an indication of what Sexton’s year three will be like. 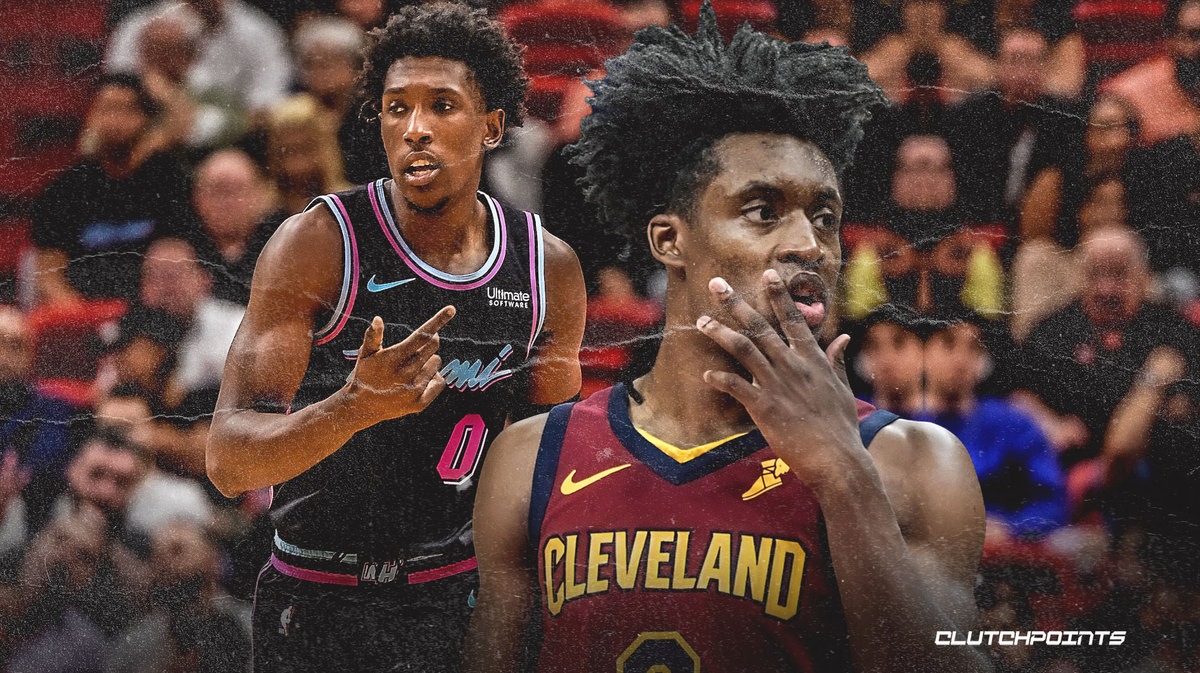 The improvements that Collin Sexton made last season are unfortunately joined by some stagnation. The most notable area was in his playmaking. He again averaged just 3.0 assists per game as the team’s starting point guard and primary ball-handler. But just like sacks vs. pressures in the NFL, we should instead look at potential assists to judge a playmaker, as Sexton has no control over whether or not his teammates actually hit shots, and Cleveland is not the most talented team in the league currently.

Sexton put up 5.2 potential assists as a rookie, and increased that mark to 6.2 last season. It is an improvement, but a marginal one. Rookie Darius Garland led the squad with 7.7 potential assists, and there is no argument to be made; Garland is a far better playmaker than Sexton, and Garland played 139 minutes of college ball. Floor vision and anticipation is something that is incredibly difficult to teach, and this is the biggest reason why many feel Sexton’s best long-term fit is as a sixth man.

The difference between Sexton and Garland’s playmaking is even starker when comparing their usage rates. Sexton was at 26.4%, second only to Andre Drummond’s 27.3%, while Garland finished at 20.1%. That’s a major difference, and yet Garland was still able to distribute better. He averaged 3.9 assists, but again, we are more concerned with potential assists in order to isolate performance. After reaching five assists 12 times as a rookie, Sexton was at 11 through 65 games last year, so that is a positive. However, if he is to be a starting PG, his playmaking needs to significantly improve.

Part of that is seeing the floor better and envisioning passing lanes. And part of that is also knowing when to kick out instead of attempting a shot. Collin Sexton still gets tunnel vision when driving to the basket, and opposing teams know it. Sexton led the NBA in shot attempts blocked per game at 1.8 (Drummond was second at 1.6). That is exactly the kind of stat you do not want to be first in. Sexton has already improved his shot selection. Now, he must be more selective about when he shoots, not just from where.

We know that Sexton’s frame will prevent him from being a good defender, but he needs to be better than he’s been. Out of all guards with at least 400 minutes played, Sexton ranked ahead of only Bradley Beal and Isaiah Thomas in defensive win shares. Of course, the Cavaliers were a poor defensive team as a whole, so that has an effect on Sexton’s performance. But it’s still something that he needs to get a lot better at.

When Sexton’s potential fit as a sixth man is brought up, many fans get defensive and accuse others of giving up on Sexton. There is absolutely no reason to give up on the 21-year-old, who has already shown the potential to blossom into one of the game’s premier scorers. If he can become a 10 potential assist per night player, then by all means, start him at point guard. But until that happens, his long-term fit will be questioned, and rightfully so. It’s clear based off last season that the Cavs cannot move forward the Sexton-Garland duo in the backcourt, at least not at the same time. The defensive liability is just too great to overcome. Garland had a rough rookie season, much of which was spent shaking off the rust from the knee injury that ended his college career after just five games. But it’s clear that Garland has a more prototypical PG skillset, most notably his playmaking ability. If Garland is the player the team thinks he is, he’ll have no trouble proving himself in year two.

If that happens, it complicates things for Sexton if the latter is unable to improve his playmaking. At that point, it would likely be better for him to come off the bench, leading the second unit. This way, he’d have more freedom to score, without having to worry about creating for players like Drummond, Kevin Love, and Kevin Porter Jr.

Collin Sexton would also be able to face and defend other teams’ backup guards, which would both amplify his scoring ability and somewhat mask his defensive issues. And if Sexton can become a better distributor, then he should be the starter, and Garland can come off the bench. The future for Sexton is unclear, but one thing is for sure; he can score the basketball, and that is the most valuable skill a player can have. 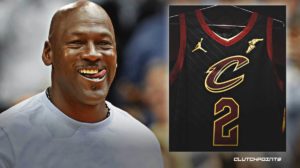