Coaches informed Kyle Korver of trade prior to Hawks' game 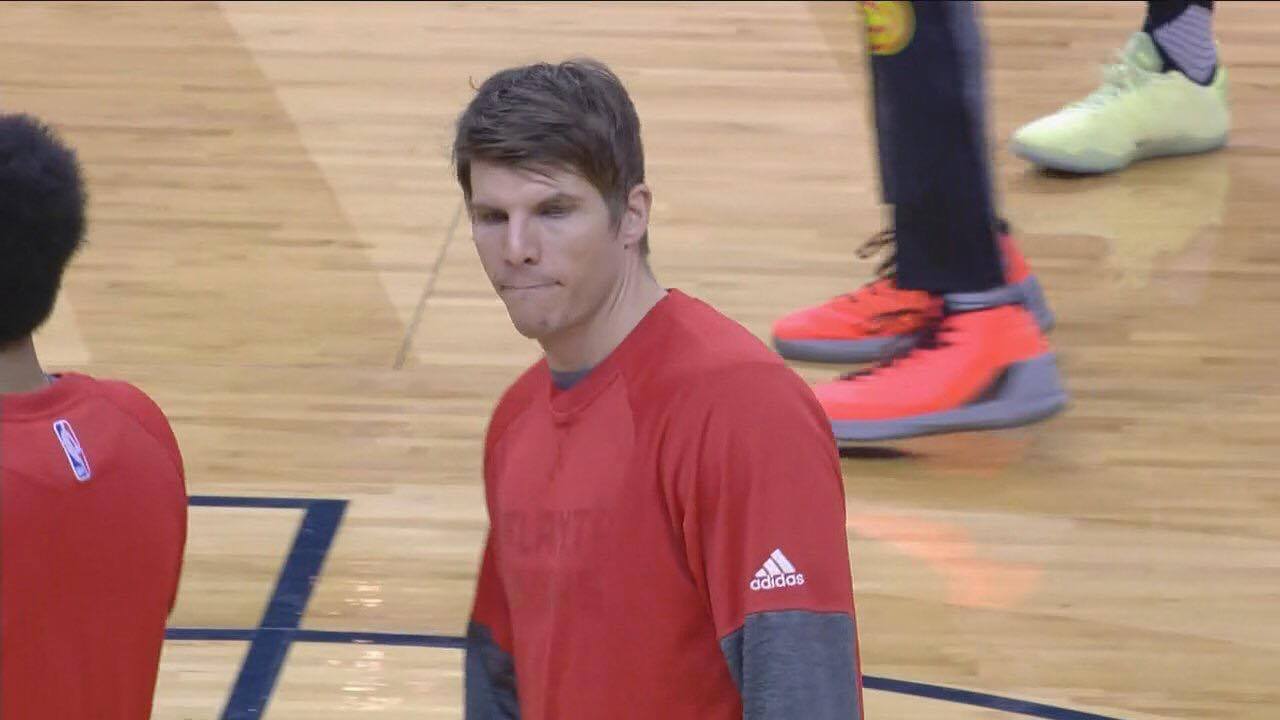 The NBA’s defending champions have reportedly made a blockbuster move; one that would send veteran Atlanta Hawks shooting guard, Kyle Korver, to Cleveland.

According to ESPN’s Brian Windhorst, the Cavs will be giving up a protected 2019 first round pick and forward Mike Dunleavy in the deal.

Cavs will be sending 2019 protected 1st to Atlanta and Mike Dunleavy in deal. sources said.

Korver is currently working in the final year of a four-year, $24-million contract he signed in 2013, which makes him an unrestricted free agent this summer.

Just before Atlanta’s match-up against the New Orleans Pelicans on Thursday night, Hawks coaching staff informed Korver of the news. Chris Vivlamore, who covers the Hawks for The Atlanta Journal-Constitution, sheds light on the scene prior to the game in his recent article.

Upon arriving at the arena, coach Mike Budenholzer pulled Korver into a side room. Korver was in the locker room getting dressed during media availability. Korver was in uniform and on the Hawks bench during their game against the Pelicans. However, he did not enter the game. Rookie DeAndre Bembry entered the game in the first quarter, a clear sign that Korver was being held out.”

Korver did warm up with the team, but as Vivlamore said, didn’t see any action. Here’s what Korver had to say after the game.

"A lot of relationships I care a lot about here and I'm going to miss." – @KyleKorver on feelings of potential trade from @ATLHawks to Cavs pic.twitter.com/vYikluXWSM JUST IN: Watch: Newest Cavalier Kyle Korver speaks about the trade to the Cavs for the first time
Related TopicsCavaliersHawksKyle KorverMike DunleavyMo Williams