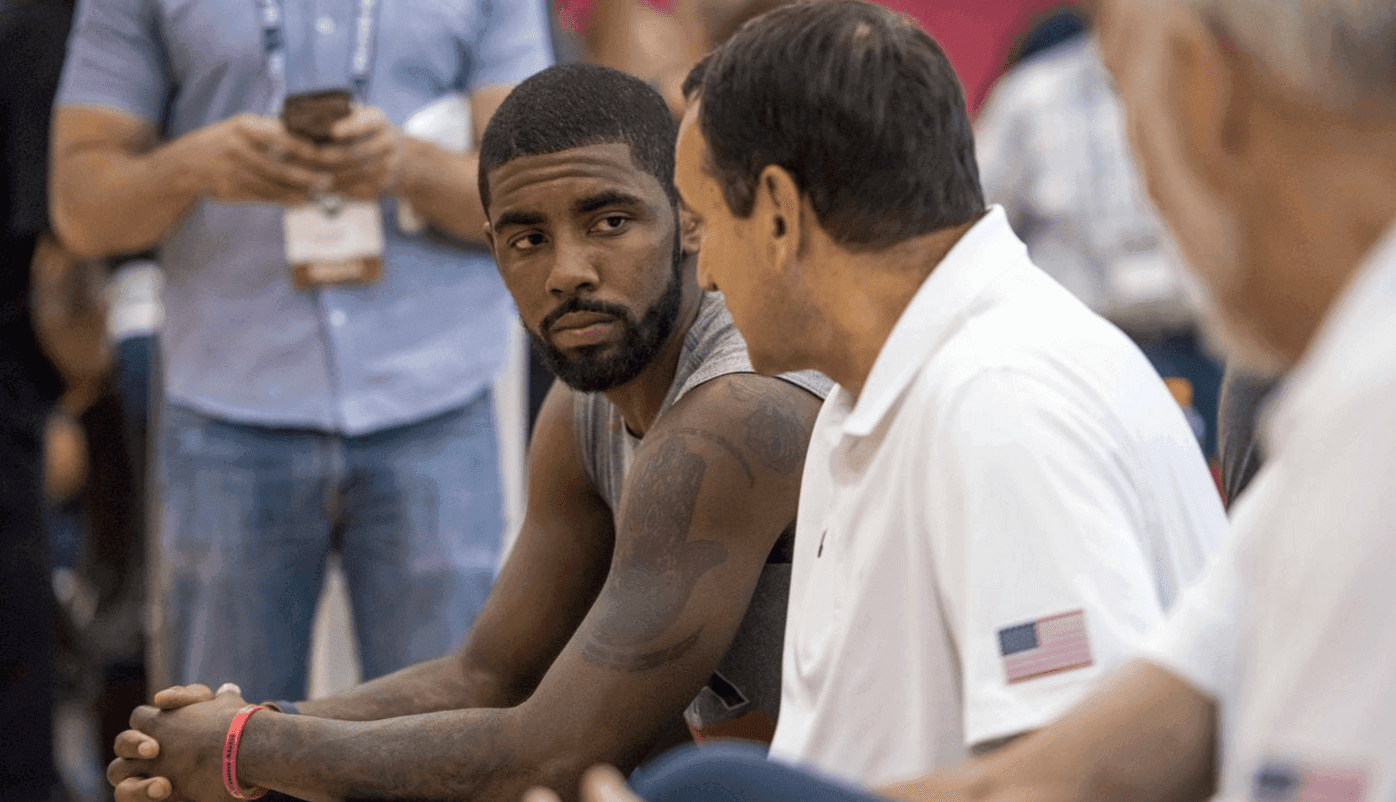 Irving formed a strong connection with coach Mike Krzyzewski at Duke University and the two were able to pick it back up in 2014 at the FIBA World Cup, where Irving won the MVP award after performing extremely well in the Cup game.

Coach K. saw something special in Irving, and told him just how great he could be. However, he was faced with an interesting dilemma.

Irving was born in Australia, and had a chance to play for the them in international games such as the FIBA World Cup and the Olympics. Irving also grew up here in the United States, and he could choose to play for the U.S. as well. Krzyzewski was always high on Irving, and he opened up about the story as well as what he told Irving from his Duke days.

You had him at the World Cup two years ago, and you just added him to the Olympic team as a freshly minted NBA champion. What’s it like to pick up with someone so many years later?

Kyrie was born in Australia. [After he arrived at Duke] he was asked to play in Australia for an 18- or 19-and-under team, and he was asked to play for a U.S. team. Once you make a decision as to the country you play for, you can’t change that five or six years later. I said, You’d be a great player for them. I [also] said, One day you could be the [U.S.] Olympic starting guard. I really believed it then.

When he accepted [an invitation to play for the Olympic team], I called him and said, Do you remember [our conversation]?

He said, Of course I do.

I said, Isn’t it crazy that this is going to happen? And I love it ’cause I’ve known him since he was 17. To see him develop into really as good a guard as there is in the world, that’s where he’s at right now. . . . You know, if we win this thing, that will be a pretty darn good story.

It’s funny how things work out, isn’t it? Just five years after that talk with Coach Krzyzewski, Irving is the starting point guard representing Team USA at the Olympics under the same coach.