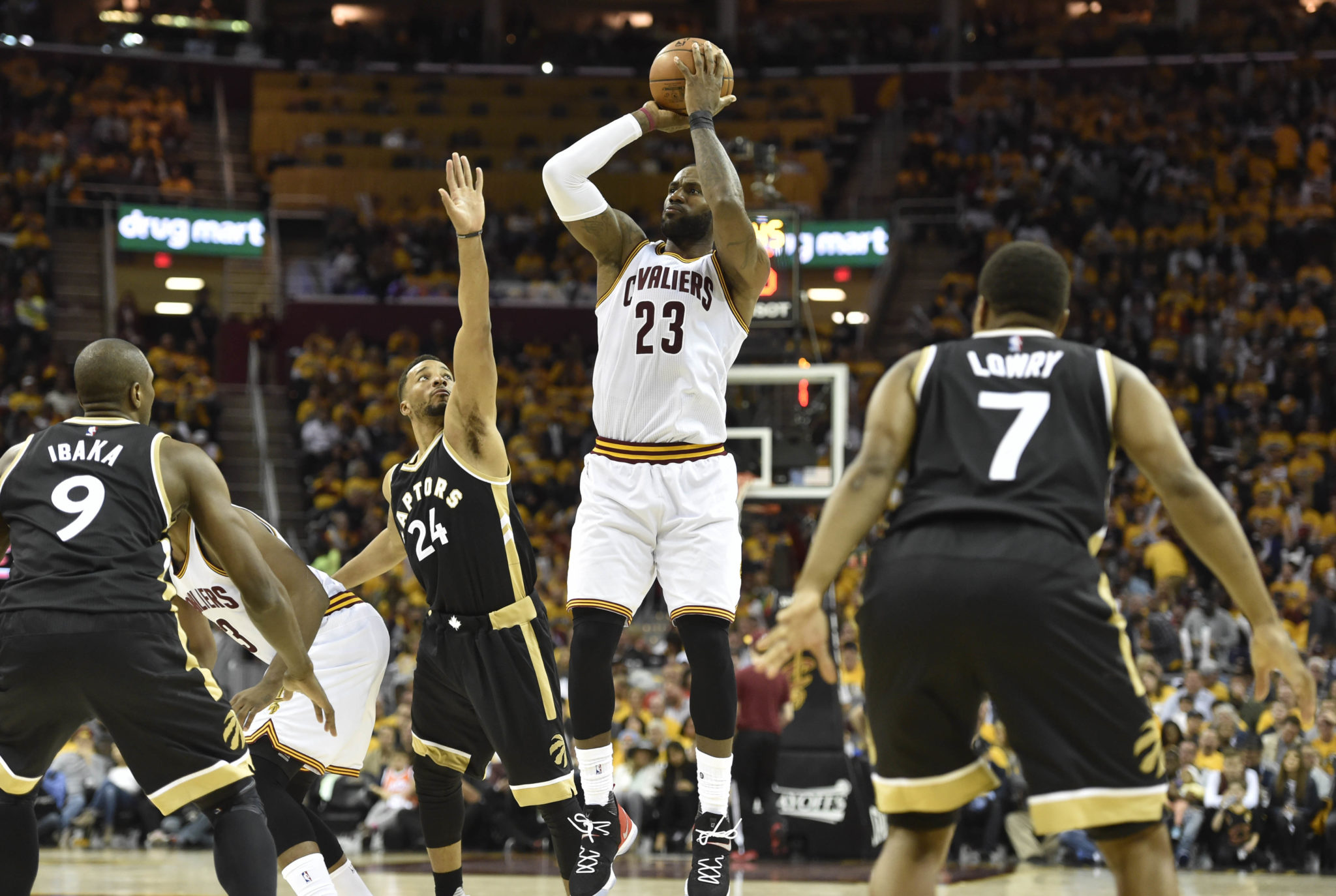 According to ESPN’s Dave McMenamin:

The Cavs will become the first team in NBA history to record six sweeps in seven-game series over a three-year span if they beat the Raptors on Sunday, according to ESPN Stats & Info. The Lakers had six playoff sweeps from 1987-89, but three of those sweeps were five-game series.

Seven games into the 2017 Playoffs, and the Cavaliers still remain undefeated. After three consecutive games with 35 points or more from LeBron James, the Cavaliers find themselves up 3-0 against the Toronto Raptors and in perfect position to sweep their second series this season. Despite the lead changing hands 7 times, and the Raptors ahead by 3 points at half, the Cavaliers ended Game Three with an impressive fourth quarter showing where they outscored Toronto 36-17. While anything can still happen, the Cavaliers have historically swept every single series in which they took a 3-0 lead (8 times).

In Game Three, despite attempting just 23 triples (fewest so far in the postseason), they continued to have deadly accuracy, netting 13 for a 56.5% three point percentage. On the other hand, Toronto scored just two shots from beyond the arc of their 18 attempts (11.1%). On the glass, the Cavaliers nearly doubled the Raptors’ rebounding numbers (49 to 25) while also holding Toronto to just a single offensive board. Cleveland wasn’t without their flaws, however – they turned the ball over more (16 to 4), had fewer assists (15 to 17), and had fewer steals (2 to 9).

Following their trends from previous games, the Cavaliers thrived off of three pointers and free throws – they scored 33.9% of their total points from beyond the arc and 20.9% of their points off of foul shots. Conversely, the Raptors netted 76.6% of their total off of two point shots. In terms of advanced stats, the Cavaliers’ bench really stepped up in Game Three – of players who played over 5:00 minutes, the three best Net Ratings (average of point differential per 100 possessions while on the court) were claimed by Deron Williams (+64.3), Iman Shumpert (+59.5), and Kyle Korver (+39.8). Conversely, the three worst Net Ratings belonged to J.R. Smith (+5.2), Kevin Love (+2.4), and Kyrie Irving (+2.4).

Three keys for Game Four will be: (1) pressure DeMar DeRozan. Despite averaging a team-high 27.3 points per game in the regular season, the Cavaliers held him to just 5 points on 2/11 shooting in Game 2, partially as a result of all 11 of his shots being contested by Cleveland. In Game Three, however, he regained his shot as he dropped 37 points on 52.2% shooting. One major difference was that he was able to shoot 11 of his 23 shots while uncontested.  (2) If Toronto continues to allow the triple, keep using it. In the playoffs, the Raptors have allowed their opponents to average the largest 3PT% (45.0%), due in part to Cleveland’s outstanding percentages in the first three games. (3) Once again, keep driving and drawing fouls.  After outscoring the Raptors by 7 points off of free throws in Game One and 11 in Game Two, they outscored Toronto by 8 from the line in Game Three.

Tipoff is set for 3:30 EST and will be broadcast on ABC. 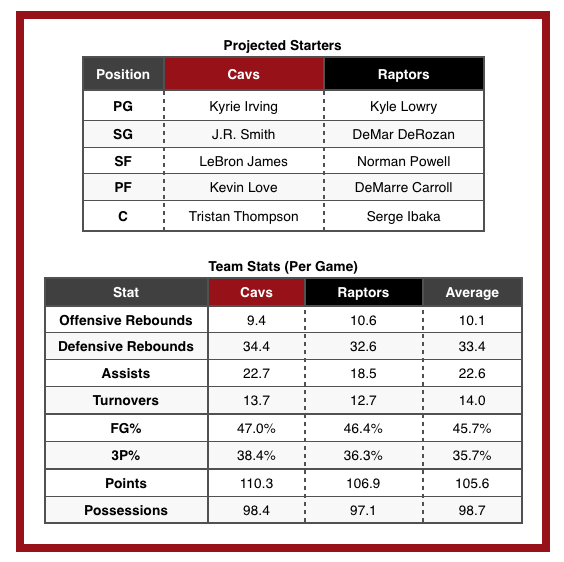 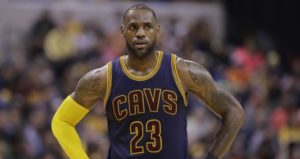