Clutch Feed: Spurs will be the ultimate test for Cavs resilience 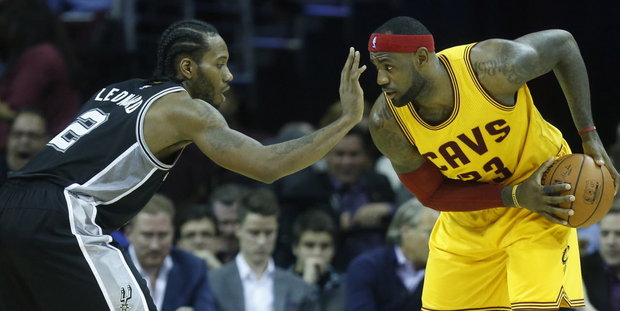 UPCOMING MILESTONES:  LeBron James needs 41 more points to score the 7th most in NBA history – passing Shaquille O’Neal. Iman Shumpert will have made 1,000 baskets in his career with just two more. Tristan Thompson can reach 4,000 career rebounds with 17 more.

While the Cavaliers continue to struggle in the month of March, the first seed in the Eastern Conference may change hands soon enough. After falling to the Washington Wizards at home in a 127-115 contest, and after the Boston Celtics won yesterday agains the Miami Heat, the Cavaliers are now caught up in a two-way tie at the top of the East that will be broken for better or worse tonight. Meanwhile, the Spurs have won seven of their last ten, including a current four game winning streak. Most recently, they took down the New York Knicks in a 106-98 matchup. Tonights’ matchup will be the final Western Conference team the Cavaliers will face this regular season.

When these two teams met on January 21st, the Spurs claimed a 118-115 victory in an overtime thriller, despite Kyrie Irving and LeBron James each scoring 29 points on 59.1% and 68.8% shooting respectively. Leading the Spurs, Kawhi Leonard set a new career high in points with 41. San Antonio was able to score 48 points in the paint and net 25 points off fast breaks – two areas where the Cavaliers have been weak on recently.

The Spurs make their presence felt on defense each and every possession – they average the second most blocks per game, allow a league-low 101.0 points per 100 possessions, and hold their opponents to the third lowest field goal percentage at just 44.2%. In addition, they’ve held their opponents to 1.1% worse than their season average on three point shots this season. Offensively, the Spurs can operate at the same elite level. While they like to shoot mid-range shots (which account for 19.6% of their points per game) and have the sixth highest percentage of their points coming off of two point shots (72.0%), they also can be deadly from distance – their 39.3% three point percentage leads the league. Despite averaging the fourth least possessions per game at just 96.7, they still play with pace off the ball and while defending – placing within the top five in both miles per game and average speed per game. Their efficient play both inside and out should provide a difficult matchup for the Cavaliers, especially with their recent defensive trends. While it’s been possible before, the Cavaliers won’t be able to rely on high-powered offense to make up for lack of defense, as the Spurs can shut down teams with relative ease. One key factor tonight will be the Cavaliers’ bench production, as the Spurs bench has the highest net rating in the league – outscoring opponent 9.9 points per 100 possessions.

Tipoff is set for 8:00 EST and will be broadcast on FOX Sports Ohio and TNT.