Clutch Feed: Kyrie Irving looks to make history and get the Cavs back on track 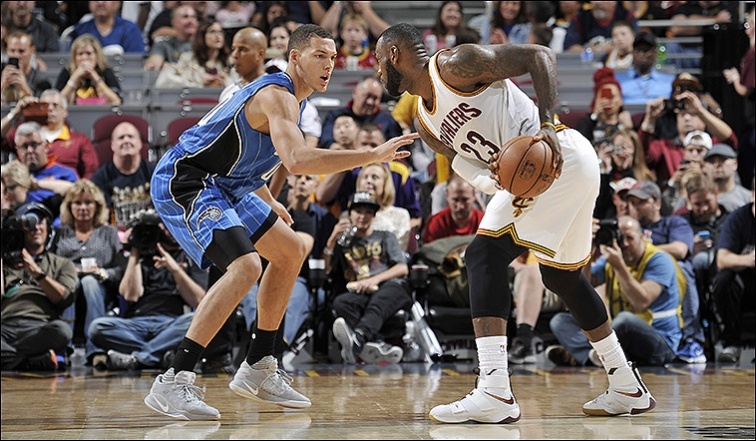 UPCOMING MILESTONES:  Kyrie Irving has passed Brad Daugherty for 6th most assists in Cavaliers history. With two more blocks, Tristan Thompson will have blocked the 9th most shots in franchise history while passing Jim Brewer. If James Jones checks in, he will have played in his 700th game. LeBron James needs 34 made baskets to pass Tim Duncan for 13th most field goals in NBA history. A win against tonight would give the Cavaliers sole possession of the longest active winning streak against a single team, making it 16 straight wins over the Magic.

Following a 106-101 loss to the Detroit Pistons despite LeBron James’ triple double on Thursday, the Cavaliers find themselves in the midst of a three game losing streak. As they continue to seek momentum and consistency, they head down to Orlando, Florida to take on the Magic. Sitting at 24-42 and the 13th seed in the Eastern Conference, the Magic have lost three of their last four games, including a 81-121 loss to the Charlotte Hornets just last night – meaning tonight will mark the second game of a back-to-back for the Magic. With Kyle Korver now projected to possibly miss a week due to a sore right foot, it becomes a bit more important to get JR Smith back into rhythm after he shot 1/9 in his first game since December on Thursday.

Last time these two teams met – on October 29th – the Cavaliers won 105-99 despite the Magic outscoring Cleveland by 12 in the fourth quarter. LeBron James led the Wine-and-Gold with a 23/6/9 performance, with Kyrie Irving also adding 20 points. For Orlando, Evan Fournier led with 22 points. During the match, the Cavaliers were outrebounded and gave up 25 second chance points, something they need to limit tonight. The Cavaliers have won 15 straight games against the Orlando Magic with their last loss coming in 2012, and a win tonight would give the Cavaliers sole possession of the longest active winning streak against another team – breaking the current tie with Oklahoma’s 15 straight wins over the Philadelphia 76ers.

As a team, the Orlando Magic average the second least points per game at 99.7, along with the fifth lowest field goal percentage at 44.1% and the third lowest three point percentage at 32.5%. Offensively, the Magic look to spread out their scoring, with six players averaging double digits. On defense, they’ve allowed their opponents to shoot 0.6% than their season averages on shots. While they don’t look too threatening on paper, they still have beat some top teams, including the Hawks, Raptors, Wizards, and Spurs.

Key players to watch for on the Magic will be Evan Fournier (averaging 16.8 points per game) and Nikola Vucevic (averaging 14.4 points and 10.1 rebounds per game). 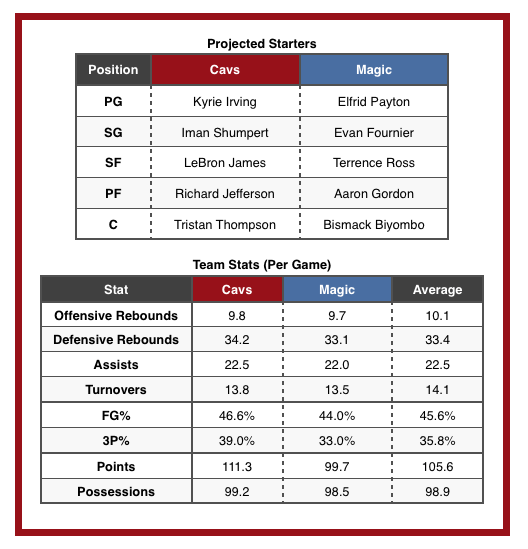 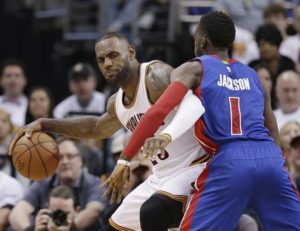