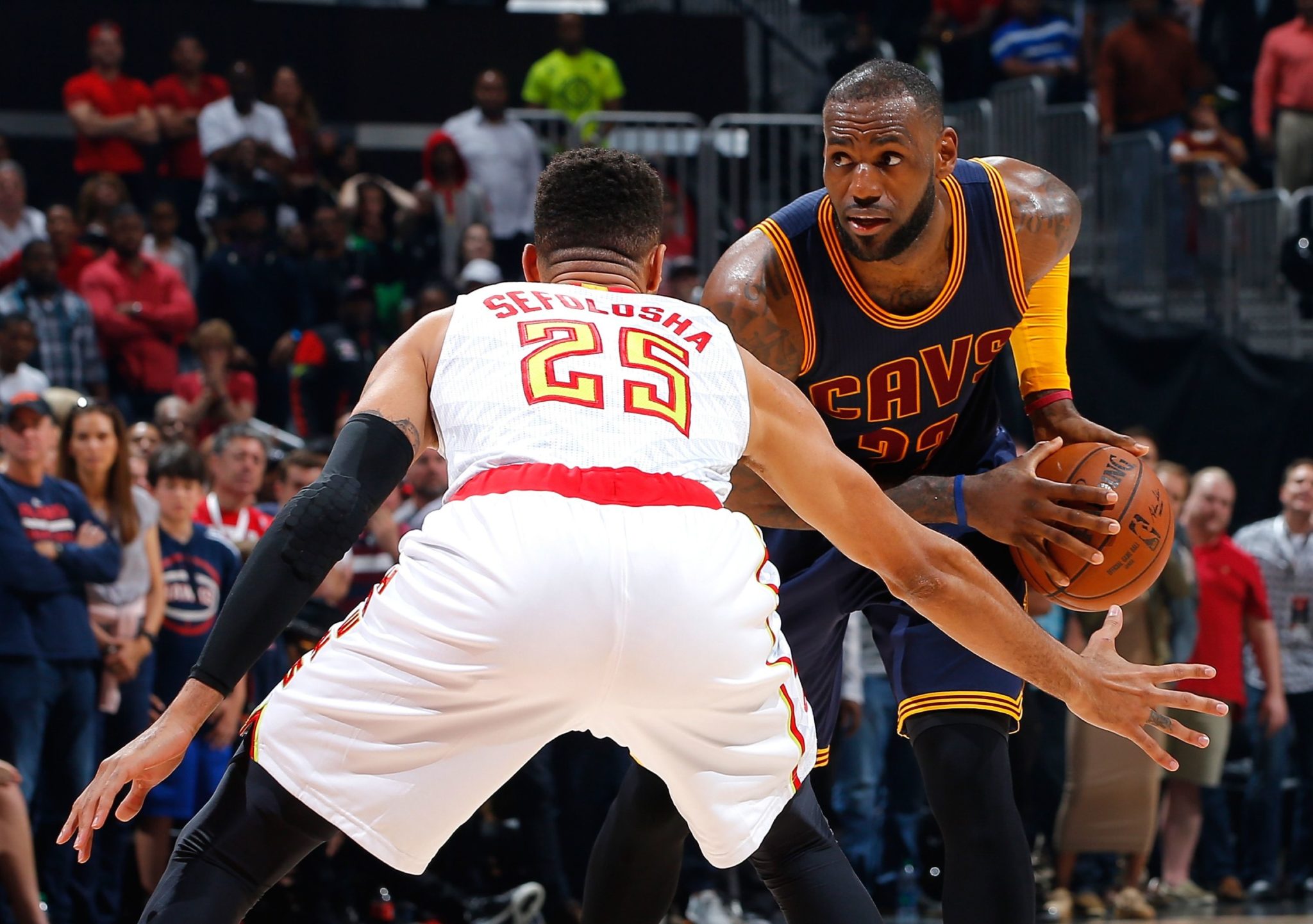 As the Cavaliers prepare themselves to take on the Atlanta Hawks after falling to the Boston Celtics on Wednesday, Kyle Korver prepares himself for facing his old team for the first time since he was traded to Cleveland. Korver, who has shot 50.4% from three while on the Cavaliers, will be receiving a video tribute during tonight’s game for his contributions to the Hawks from 2012 to 2017. The Hawks are currently fifth in the Eastern Conference, and are 5-5 in their last ten games. However, they have a current two game win streak going, including a 114-98 victory over the Boston Celtics, who recently toppled the Cavaliers.

This season, the Cavaliers and Hawks have played once already – a 106-110 loss for the Wine-and-Gold as Dennis Schroder dropped 28 points on 62.5% shooting. In addition, Dwight Howard led both teams in total rebounds as he pulled down a troublesome 17. For the Cavaliers, Kyrie Irving led in scoring with 29 points. Since LeBron James has come back to Cleveland, the Cavaliers have four and lost four against the Hawks in the regular season. During the playoffs, however, the Cavaliers haven’t lost a single game to the Hawks in team history – winning 12 straight.

Despite their 34-26 record, the Hawks actually have the fifth worst Offensive Rating [points scored per 100 possessions] with just 102.6, beating out the 76ers, Magic, Nets, and Pelicans. With the Hawks turning the ball over 15.5 times per game, the Cavaliers should be able to initiate fast breaks often. However, on the other end of the ball, they have the fifth best Defensive Rating [points allowed per 100 possessions] with 103.2, a full 3.4 points better than the Cavaliers. The Hawks have limited their opponents to just 38.5 points in the paint per game – fourth least in the league. Fortunately for the Cavaliers, this hasn’t been a major source of points for Cleveland anyways, as they are dead in the middle in terms of points in the paint. In addition, though they have been elite at lowering opponent field goal percentage – allowing a fifth-best 44.6% – they are middle of the road in terms of defending the three point shot.

Tipoff is set for 7:00 EST and will be broadcast on FOX Sports Ohio and ESPN. 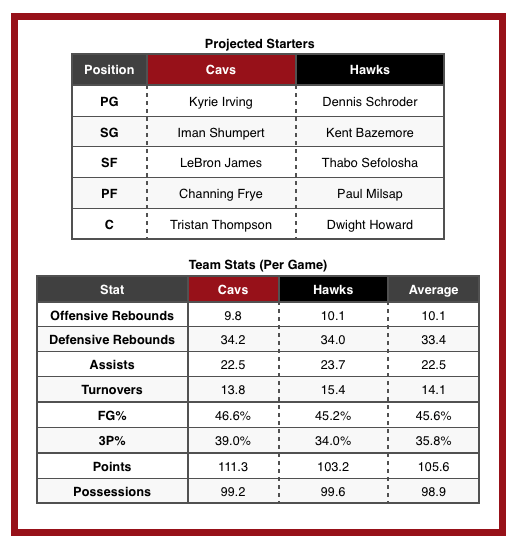 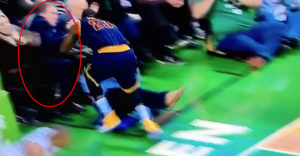