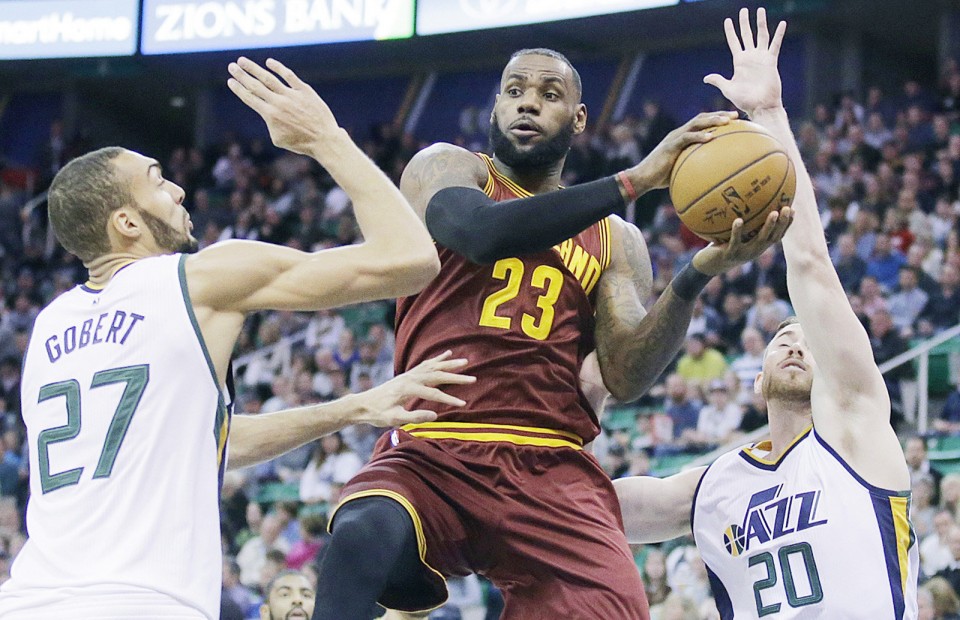 Assisted by LeBron James in both cases, Iman Shumpert tied Cleveland’s single season record for three-pointers (880) while J.R Smith broke it (881). This marks the third consecutive year the Cavs have broken their record, this time coming sixteen games before the end of the regular season.

With a nine-point lead after the first quarter, the Cavs’ aggressive defense (eight forced turnovers) placed pressure on Utah’s defense as the Jazz struggled to find viable shots. While the Cavs are streaky from deep thus far, they are finding considerably better shots compared to Utah.

STARTING LINEUP CHANGE:  Kevin Love will start tonight after missing 13 games since mid-February with arthroscopic surgery on his left knee.

With a 128-96 victory over the Detroit Pistons on Tuesday, the Cavaliers managed to end their three game losing streak in fashion, as they shot 63.3% from three and scored 104 points in three quarters. Up next, a daunting task at home against the Utah Jazz – the fourth seed in the Western Conference at 43-25. The Jazz have won seven of their last ten, including a 97-83 win against the Pistons last night. The Cavaliers have a losing record over their last ten games [4-6], but if they can continue the level of effort and play that they demonstrated on Tuesday, they’ll be able to hold onto their first seed in the Eastern Conference with ease.

When these teams met earlier this season – on January 10th – the Cavaliers fell 92-100 despite LeBron James’ 29 points. Gordon Hayward led the Jazz with 28 points on 83.3% shooting and 9 rebounds, with Rudy Gobert also pulling down 14 rebounds. Defensively, the Jazz held the Cavaliers to just 36.5% shooting from the field and 29.0% from three. Head-to-head against Gordon Hayward, LeBron James actually has a losing record, winning just four of the ten total games, and the Cavaliers as a team have lost the past two straight against the Jazz.

This season, the Jazz play with the slowest pace in the league at just 93.7 possessions per game – compared to Cleveland’s 98.7. Despite averaging 320.1 passes per game – fifth most in the league – the Jazz shoot 46.2% of their field goals unassisted – sixth highest. Due to their slow pace, they take a large number of their shots late in the shot clock, with 10.0% of their shots coming with four seconds or less left on the clock. On defense has been where the Jazz have made their biggest impact, as they have held their opponents to a league-least 96.4 points per game. Within six feet of the basket, they’ve held opponents 3.7% lower than their season shooting averages. However, on shots greater than 15 feet from the rim, they actually allow teams to score slightly above average. As a result, the Cavaliers may look to take a bit more mid-range jumpers off the high pick-and-roll, especially since they already have the best shooting percentage in the NBA between 15 and 19 feet from the basket. Tristan Thompson will have has hands full down low once again as he matches up with Rudy Gobert, a possible Defensive Player of the Year candidate who pulls down the third most offensive rebounds with 3.8 per game.

Tipoff is set for 7:00 EST and will be broadcast on FOX Sports Ohio and NBATV. 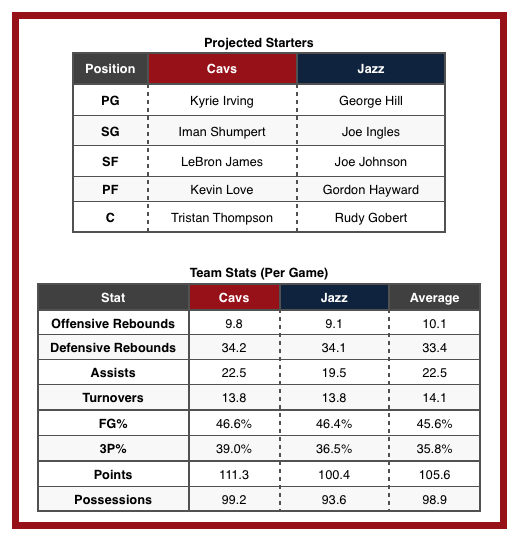 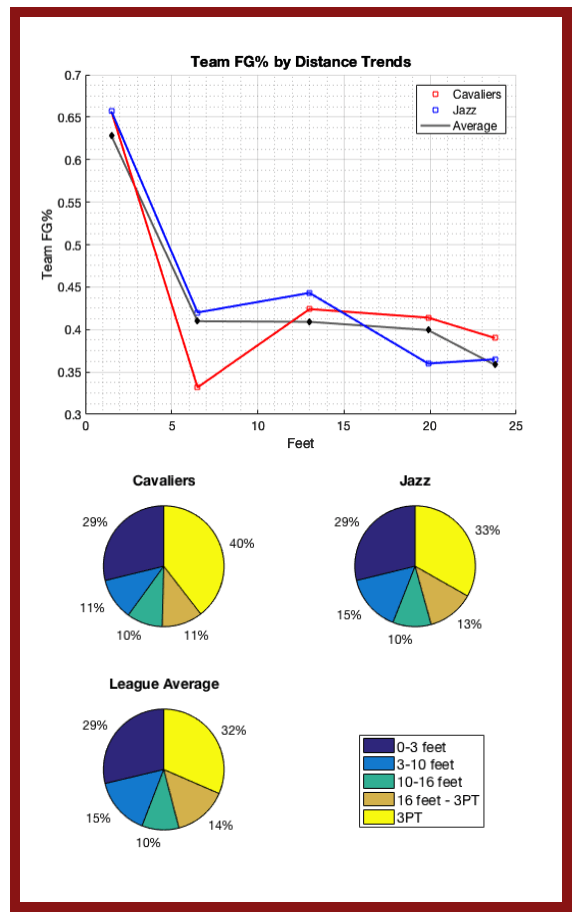