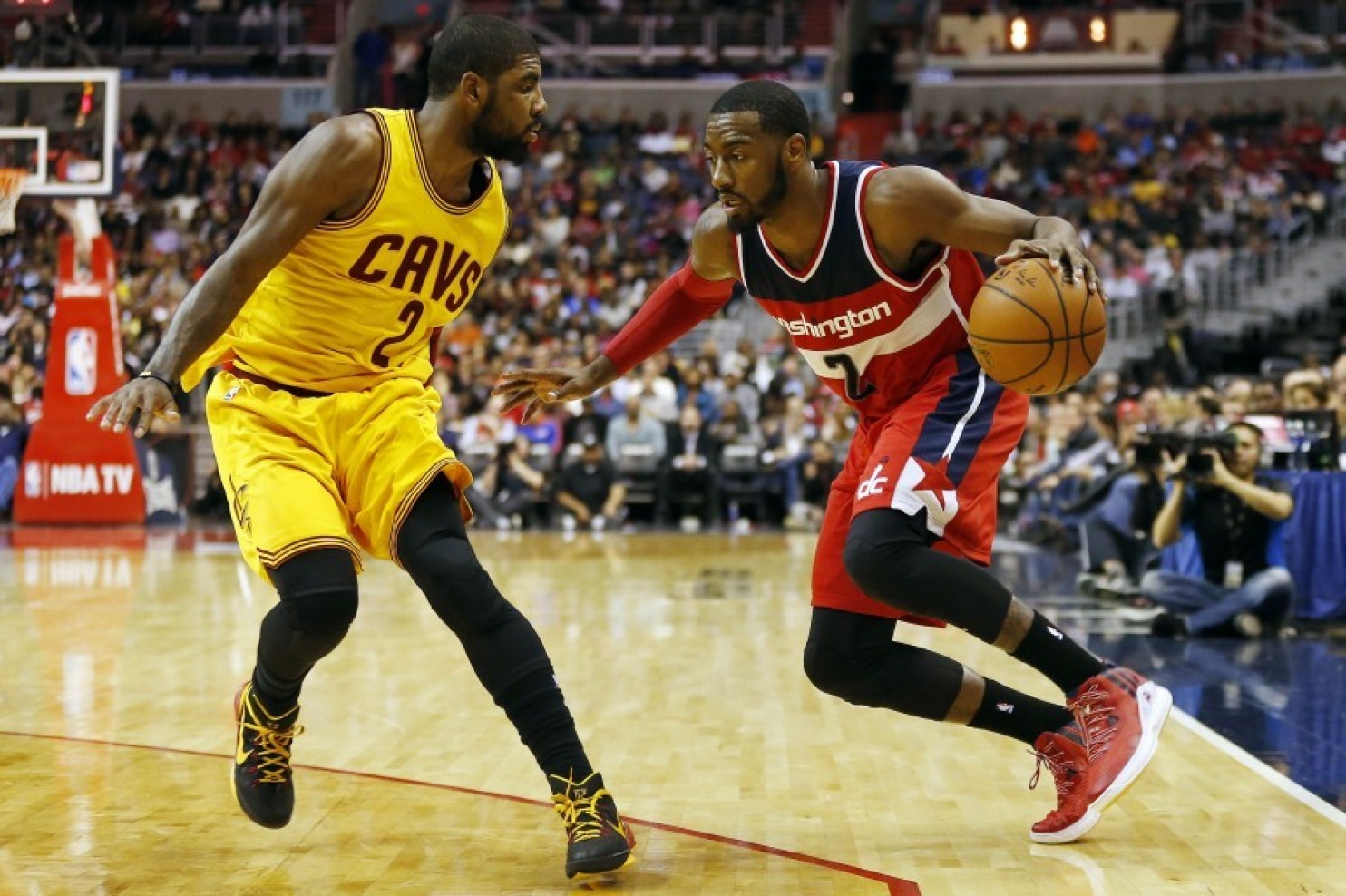 UPCOMING MILESTONES:  LeBron James needs seven more assists to claim the 12th most in NBA history, passing Maurice Cheeks. Iman Shumpert will have made 1,000 baskets in his career with just two more.

With the Central Division clinched, and a four game road trip concluded, the Cavaliers head back home to take on the visiting Washington Wizards. With a record of 6-4 over their last ten games, the Wizards have won two straight coming into tonight. In the tight battle for the top of the Eastern Conference, they are just 3.5 games back from the first seed Cleveland Cavaliers, and 2.5 games back from the second seed Boston Celtics. Both teams will be completing the tail end of a back-to-back tonight, with the Wizards winning 129-108 over the Brooklyn Nets yesterday. As a result, the ever-present possibility of rest may come into play. To further complicate things, LeBron James suffered an eye contusion against the Hornets, which may prevent him from suiting up tonight.

In the two games so far this season between these two teams, the Cavaliers have gone 2-0. On November 11th, Kyrie Irving dropped 29 points in a 105-94 win, while John Wall battled back with 28 points of his own. The most recent matchup – February 6th – ended in an intense overtime duel, with the Cavaliers eventually coming out on top with 140 points to Washington’s 135. LeBron James, Kyrie Irving, Kevin Love, and Tristan Thompson all scored over 20 points a piece, with Love’s 39 points on 64.7% shooting leading the pack. In addition, Love secured 12 rebounds while James netted 17 assists. On the other end, Bradley Beal dropped 41 points on 57.1% shooting.

Offensively, the Wizards are average the fourth most points in the league, with 109.0 per game. With the seventh best three point percentage – 37.2% – and the fourth best field goal percentage – 47.2% – they are able to score with relative ease. Through their 8.4 steals per game (tied for third most in the NBA), they score 15.7 points per game off of fast break, so the Cavaliers have to be wary both of giving the ball up and on defending transition plays. When they drive inside, the Wizards are averaging the fifth highest field goal percentage, which nets then 17.4 more points per game. A good number of these drives may come off of high pick and rolls, especially since they average 11.8 screen assists per game. On defense, the Wizards play with energy and effort, netting 18.3 deflections (second most) and 7.0 loose balls recovered per game (third most). Fortunately for the Cavaliers, they allow their opponents to shoot better than their season averages on both two point shots (0.7% above average) and three pointers (0.6% above average).

Key players to watch for on the Wizards will be Bradley Beal (averaging 23.1 points per game), John Wall (averaging 22.8 points and 10.8 assists [second in the league] per game), and Marcin Gortat (averaging 10.8 rebounds per game).

Tipoff is set for 7:30 EST and will be broadcast on FOX Sports Ohio and NBA TV. 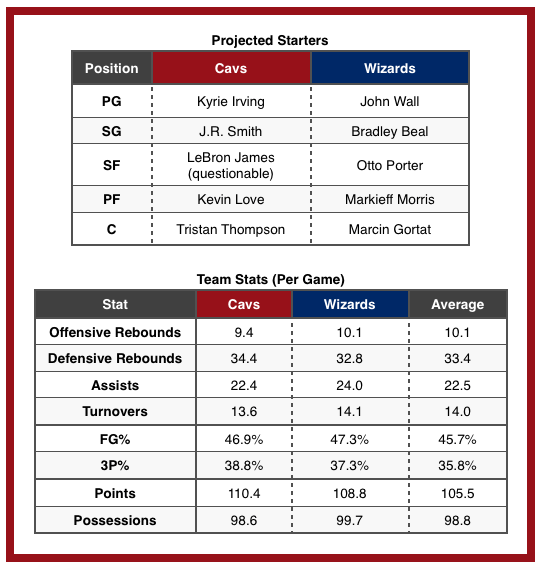 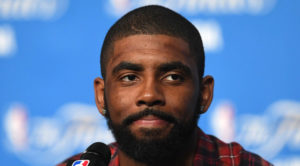